Amazon always going big at SDCC and this year it likes they are betting on The Tick.

There will be not one but two different off sites for the series. 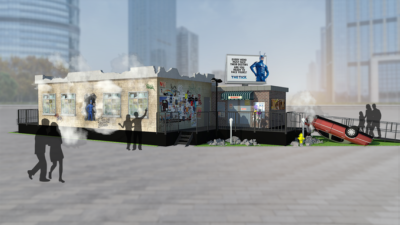 The first one will be across from the convention hall and will be open the 20th through the 23rd. It will be a multi-room replica of The Tick’s warehouse set and some other locations featured on the show.

The second installation will have a 20-foot animatronic version of the blue Tick head. It will be like a 3D billboard on 1st and J Street and allow fans to control the Tick’s emotions via his head. 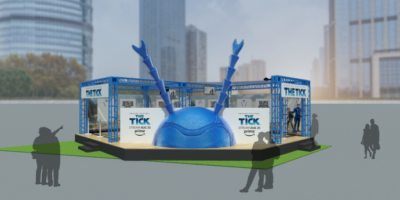 There will also be showings of the pilot and an Amazon Prime Member Lounge.

No word yet on which cast will be there but I’m sure it will be announced soon.