Home / Conventions • Fanboying! • The Lovely Erica / Con Game! A Round Up On What’s Up For NYCC, ACBC and Fan Expo Canada!

As we all know, con season is in full swing so here are a few updates and reminders to make sure you don’t miss out!

For the second biggest con in the land, tickets have been harder and harder to get so this year they are staggering the sales. Tomorrow’s sales will include VIP badges, 4-day badges and Sunday kids’ badges. A later sale date will include the individual day badges for the con which runs October 9-12.

If you’re buying tickets online, make sure you budget time to navigate the site since it is notoriously and frustratingly slow. Also the redesign with the dizzying ad placement may give you seizures so take an extra moment to figure out what the hell is happening. With that many ads, you’d think there’d be a discount on passes…ugh! The old site was cumbersome, but the new is just awful!

Before you finalize any travel plans, keep in mind that this is the inaugural year for New York Super Week where there will be a wide range of pop culture events around the city in the week leading up to NYCC. There aren’t a lot of concrete details yet, but the festivities will begin on October 3rd.

Another change at NYCC this year: Clearing the room after the Main Stage panels! You will no longer have to camp out the full day to get into The Walking Dead panel or any other late afternoon panel. Instead, people will line up, go see their panel and will then have to EXIT the room. It should be interesting to see how quickly they can get people in and out and still stay on schedule.

BTW, the schedule isn’t announced yet, but it’s a safe bet that George RR Martin will be in attendance so we can hope there’s a full-blown Game of Thrones panel coming or his solo panel may be a full hour of “when’s the next book coming out?!?!?!” questions.

Debuting next May, Atlantic City Boardwalk Con (ACBC) just announced its first guest and it’s a big one – none other than your Generalissimo Stan Lee! 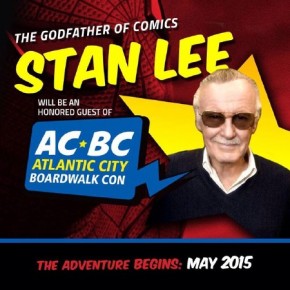 Yes, Stan the Man is the first of many guests attending this con which is focused on fans and getting them closer to the genres and skills they love! Art demonstrations, cosplay classes, panels with your favorite horror/movie/TV stars, etc… 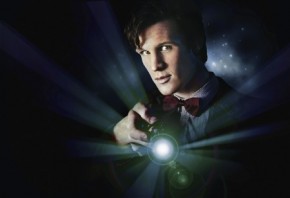