I have to tell you all, I’m super excited for this! Dragnet was one of my favorite movies of the 80’s and to see it come back on Blu-ray with a new high def transfer makes me super excited!
If you haven’t seen this hilarious comedy, it stars Tom Hanks and Dan Aykroyd in the roles made famous in the original series. Tell me, who doesn’t love Tom Hanks in his crazy comedies? Seriously, so much more interesting than his dramatic turns.
Thanks to our friends at Shout Factory, we have three copies of the blu-ray to giveaway! Ummmmmm Can we say awesome?
“… breakneck car chases, stunt tumbles…
SWAT gunfire [plus] a gold mine of one-liners”
– The Washington Post
ON OCTOBER 30, DO SOME TIME WITH DAN AYKROYD
AND TOM HANKS IN A CRIMINALLY FUNNY COMEDY
PAYING HOMAGE TO THE POLICE DRAMAS OF YESTERYEAR
DRAGNET: COLLECTOR’S EDITION 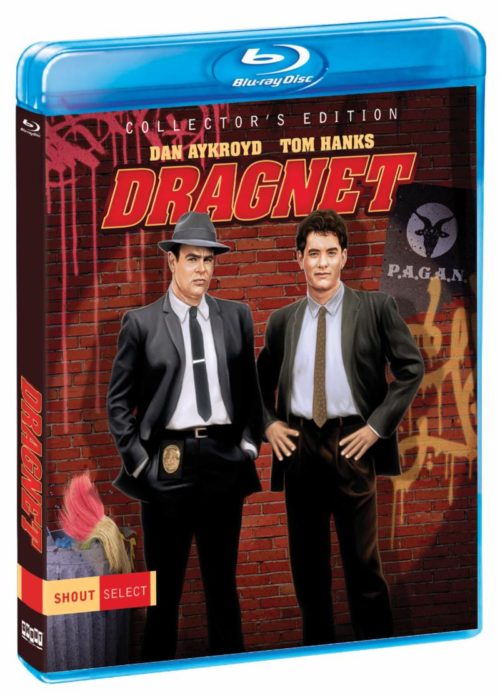 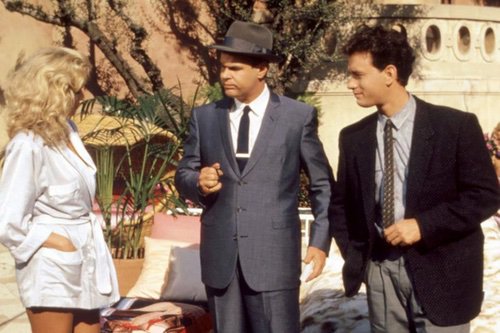 This is the city … and only Dan Aykroyd and Tom Hanks can save it in DRAGNET, a hilarious box-office blockbuster paying homage to the famed original police dramas of the ’50s and ’60s. A contemporary and uproarious update of one of the best-known police procedurals of all time, DRAGNET: COLLECTOR’S EDITION from Shout! Factory delivers a criminally funny viewing experience on a special edition Blu-ray loaded with arresting bonus features – and those are just the facts, m’am! 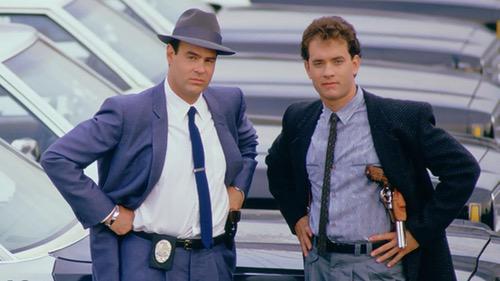 Aykroyd is at his comedic best as the namesake nephew of Detective Sgt. Joe Friday (originally played by Joe Webb). Like his no-nonsense uncle, he’s a blue-suited, by-the-rules Los Angeles cop who’s forced to reluctantly team up with the footloose, wisecracking Pep Streebek (Hanks). Ordered to investigate a seemingly unrelated series of bizarre ritual killings and robberies, they eventually uncover a dastardly plot by an underground pagan group to undermine all authority in Los Angeles. Can this mistmatched duo rescue the City of Angels from the machinations of a power-mad Reverend and corrupt Police Commissioners before it’s too late? Harry Morgan (“M.A.S.H.”) reprises his original TV series role as Bill Gannon; co-stars adding to the hijinks and hilarity include Dabney Coleman, Christopher Plummer and Alexandra Paul. 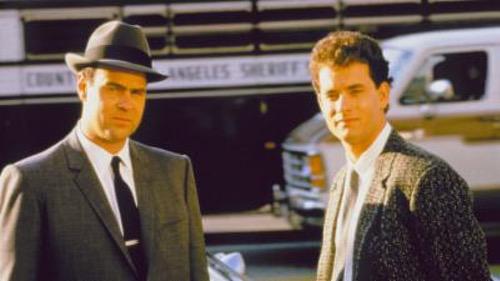 Though the names have been changed to protect the innocent, Shout! Factory is guilty as charged for creating a criminally good line-up of bonus features including a brand new interview with co-star Alexandra Paul entitled “A Quiet Evening in the Company of Connie Swail” and new audio commentary from pop culture historian Russell Dyball. Additionally, consumers interested in intercepting the Blu-ray prior to its retail parole, can order the collector’s edition directly from shoutfactory.com ; the Collector’s Edition will ship two weeks early and, while supplies last, will include a free 18×24 rolled poster featuring brand new artwork. 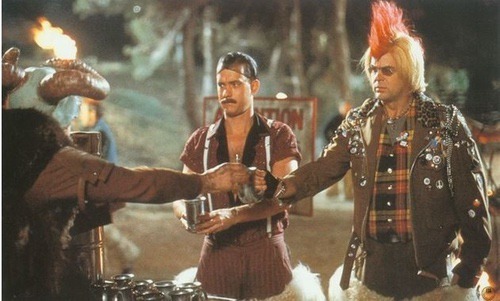 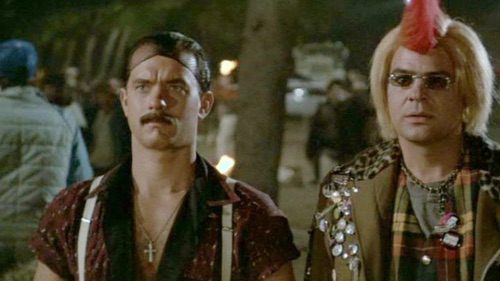