Home / Contests • Featured / Contest Time! Win From Dusk Till Dawn Season Two On Blu-Ray! Check Out The Nonstop Action Out On Feb 2nd!

One of the most interesting and compelling new series in a long time has been From Duck Till Dawn: The Series. It’s been a roller coaster ride of action, comedy and of course some Vampires thrown in for good measure!

Season two of From Dusk Till Dawn is hitting stores on Feb 2nd and if you ever thought of getting into the series, now is the time! 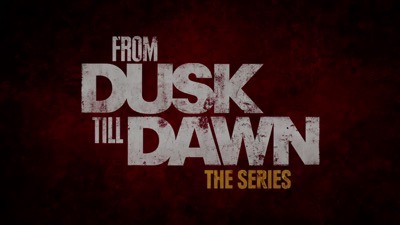 Spun off from Robert Rodriguez’s cult classic film franchise, Season One of Miramax/El Rey Network’s FROM DUSK TILL DAWN: THE SERIES centered on bank robber Seth Gecko (D.J. Cotrona) and his violent, unpredictable brother Richard “Richie” Gecko (Zane Holtz). On the lam to Mexico, they encountered former pastor Jacob Fuller (Robert Patrick) and his family, whom they took hostage in the family RV. Following an ill-advised detour to the culebra-infested Titty Twister, they were forced to fight until dawn to get out alive. 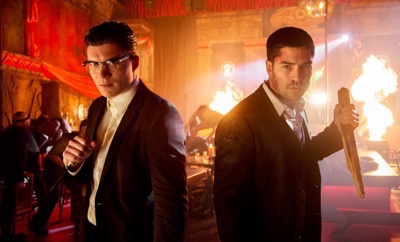 Across 10 explosive, SFX-filled episodes in FROM DUSK TILL DAWN: THE SERIES – THE COMPLETE SEASON TWO, core relationships deepen and become more complicated as everyone tries to put their lives back on track after one very insane day. Santánico and Richie are now partners in crime, resembling a more modern version of Bonnie and Clyde; Seth and Kate are scraping by as small time criminals south of the border; and Freddie Gonzalez has an almost obsessive focus on protecting his wife and young daughter in the suburbs. Carlos Madrigal and Scott Fuller emerge from the Titty Twister, changed men. They will all come together once again – this time facing off against an even bigger threat. 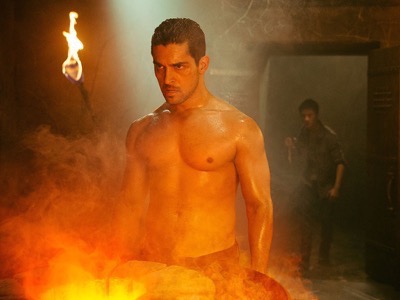 SEASON TWO co-stars include Danny Trejo, who appeared in the original movie as Razor Charlie and Esai Morales currently a series regular on “The Brink.”
Trejo plays The Regulator, a horrifying agent of evil summoned to perform a deadly errand, and Morales appears in the role of Lord Amancio Malvado, a figure of terrifying cruelty and power who has a complicated and obsessive relationship with Santánico. Jake Busey and Demi Lovato also make guest starring appearances.

Aside from the COMPLETE SEASON TWO Blu-ray and DVD sets, eOne is also offering an Amazon exclusive FROM DUSK TILL DAWN: THE SERIES – THE COMPLETE SEASONS ONE & TWO set for $74.98srp (Blu-ray) and $54.98srp (DVD), respectively. The 6-disc set features all 20 unedited episodes and hours of bonus programming from the series that US Weekly calls “fantastic mayhem.” 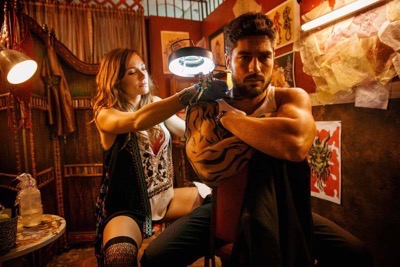 Thanks to the awesome folks at EOne, we have a few copies of FROM DUSK TILL DAWN: THE SERIES – THE COMPLETE SEASON TWO to giveaway! 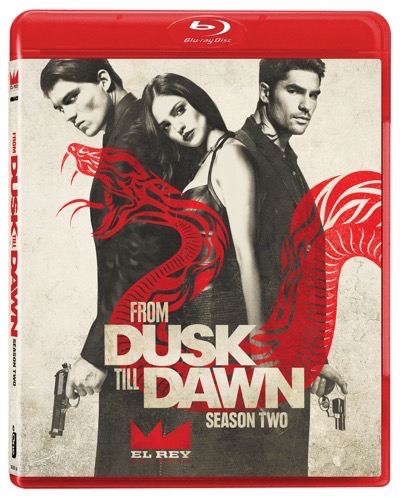 Now, I know you want to win, but if you don’t click the link below to get your own copy!

To enter the contest…