Home / Contests • Featured / Contest Time! Win From Dusk Till Dawn: The Series – Season 3 on Blu-Ray! The Kick Ass Series Is Out Now!

The series is out now on Blu-ray and I have to tell you, if you haven’t seen the series yet, I highly suggest picking yourself up a copy. I think the series will really impress you, and you’re not going to be able to help but be a fan.

Thanks to the amazing folks at Entertainment One, we have three copies to giveaway! Woo to the hoo!

THIS FEBRUARY, ENTERTAINMENT ONE INVITES HOME VIEWERS INTO THE VORTEX OF THE CULEBRA UNDERWORLD WITH
THE NEXT EYE-POPPING INSTALLMENT OF MIRAMAX
AND EL REY NETWORK’S FAN-FAVORITE SERIES
FROM DUSK TILL DAWN: THE SERIES – SEASON THREE
Street Date: February 7, 2017
Blu-ray/DVD SRP: $49.99/$38.99
The Loaded 3-Disc Set Features All 10 Unedited Episodes and Exclusive Extras from the Recently-Wrapped Third Season of the Action-Packed, Horror-Filled Series Starring D.J. Cotrona, Zane Holtz, Eiza González and Guest Stars
Including Ana de la Reguara and Tom Savini 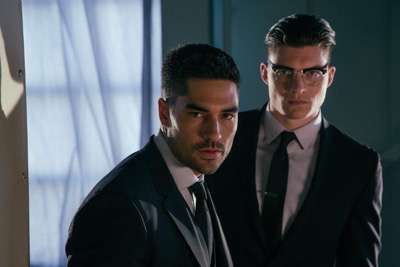 This February, home audiences will be whisked deep into the vortex of a
culebra underworld on the verge exploding in FROM DUSK TILL DAWN: THE SERIES – SEASON THREE.  Across 10 new horror-packed episodes, MIRAMAX and El Rey’s fan-favorite, supernatural crime saga returns on loaded blu-ray and DVD, available only from Entertainment One.  Both sets include hours of specially-produced extras including audio commentary with the cast & crew, featurettes including “Season 3 Catch Up,” “Inside the Episodes,” “Season 3 Best Kills,” “Evolution of a Fight Scenes” and much more!
Season three of “From Dusk Till Dawn: The Series,” based on Robert Rodriguez’s original film, follows Seth and Richie as they continue to fight their way through the chilling world of culebras, the vampire-snake hybrids that control hidden empires in Texas and Mexico.  Once the baddest outlaws in the land, the Gecko brothers made a run for the Border two years ago to save their lives — and their fortune.  After stumbling into a bar full of bloodsuckers and bandits, they encountered the vampire goddess Santánico, joining her cause to settle an old score, and it won them a place in the culebra world.  Now that world is on the verge of violent and destructive explosion as new enemies hell-bent on domination gather to take them down.  But, in typical Gecko fashion, Seth and Richie assemble an unlikely crew (some new, some old) to take on the forces of hell. 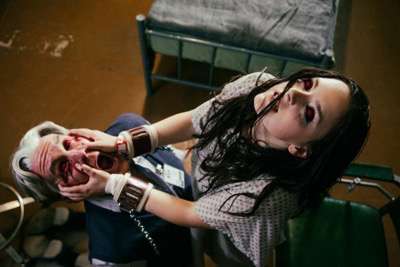 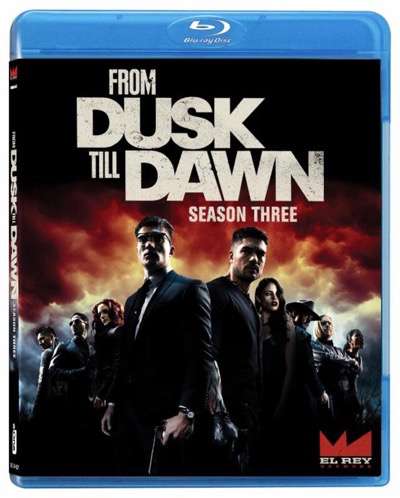 Also check out From Dusk Till Dawn: The Series – Season Three on DVD and Blu-Ray on Amazon!