Who doesn’t love Game of Thrones!

The classic series has come to a close but the final season is now out on Blu-ray! If you haven’t grabbed a copy yet, you’re in luck because you can win one here!

Rally the realm on December 3rd as HBO releases Season 8 and the complete collection of all eight epic seasons of one of the most talked about programs in TV history; Game of Thrones®. The epic final run of the television phenomenon will be released on Blu-ray™ and DVD, including special bonus features including ‘Game of Thrones: The Last Watch’, a documentary in two parts by filmmaker Jeanie Finlay chronicling the making of the final season. 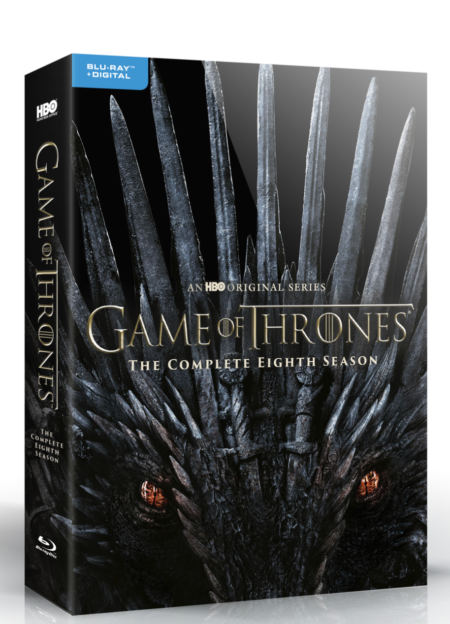 The show has launched the careers of a stellar cast, including Kit Harington, Emilia Clarke, Maisie Williams, Sophie Turner and more, and is widely regarded as one of the finest television moments of all time. Bringing in some of the biggest viewing figures for any television event ever, the show will now come to a close and be available in its entirety for fans to own. 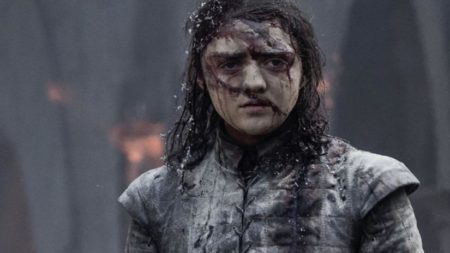 Ahead of the holidays, the DVD and Blu-ray™ will make the perfect present for any Game of Thrones fan, and for those who have never seen the show, the chance to look forward to an enthralling 75 hours of viewing.

Based on the best-selling novel series by George R.R. Martin, Game of Thrones holds the record as the most awarded series in television history, earning a total of 161 Emmy® nominations and 59 wins to date. The megahit drama also stands as HBO’s most-viewed program ever, with the final season averaging a record-setting 44 million viewers in the U.S.. 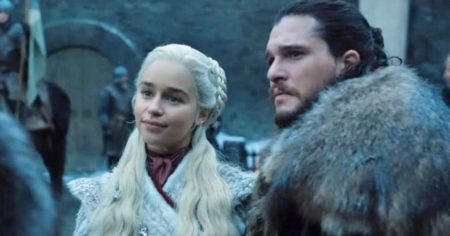 HBO will release collectible packaging editions, including the Game of Thrones®: The Complete Collection which is packaged in a visually stunning wooden shadow box case, featuring beautiful, multi-layered panel designs by Robert Ball (the artist behind the “Beautiful Death” series) that summarize the Game of Thrones story. Each season is represented by a different layer, showcasing iconic characters and memorable moments from the show, all clambering toward the Iron Throne. The set also contains a “Hand of the King” pin clasp, which holds all nine custom plated disc sleeves. HBO will also release Game of Thrones: Season 8 in a stunning 4K Ultra HD and Blu-ray™ Steelbook, and the single-season DVD/Blu-ray™. Additionally, Game of Thrones: The Complete Series will also be available on DVD/Blu-ray™ without the collectible packaging. These sets are loaded with extra content and will also be available to own on December 3rd.