Home / Contests / Contest Time! Good Grief! Win A Hand Drawn Sketch From Shaun “Spanky” Piela! Check Out The Indiegogo Page To Get The Film In Theaters!

Hey guys, I wanted to share a couple awesome things.

1. We have an awesome new giveaway, and 2. there’s a new indiegogo project you really need to know about.

The project is called Good Grief and it’s a great new film project that’s raising funds to get finished. It stars The Craft’s Rachel True, who we all love here at MTF.

“You girls be careful of those weirdos now…”

“We are the weirdos mister!”

The cartoonist for the new film, Is one of the coolest, craziest people I know. His name is Shaun “Spanky” Piela and he has graciously offered to do a hand drawn sketch for a giveaway here on MTF!

I’ll let Spanky tell you a little more about the film, but first check out this trailer…

Hey everyone! I’m Shaun “Spanky” Piela and I’m the cartoonist on Good Grief the film. You might be asking “What’s Good Grief?” and I am more than happy to enlighten you!

Good Grief is the story of friends coming back home for the funeral of their longtime childhood friend, Cory. Having not seen one another in long time, it’s a difficult and trying experience for everyone, especially how they individually deal with the loss of their friend and seeing one another again. 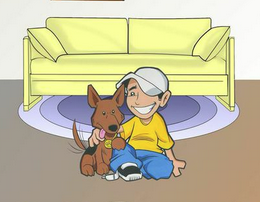 What brought me into this story was being approached right from the start from the director. He had seen my work and wanted me on-board, seeing that my style and look were perfect for what he wanted. When he explained the script and how it was inspired by the classic comic strip, I was hooked. More than that, I was delighted and humbled to be a part of this project! It speaks to me deeply on so many different levels.

However, with making a film, I wasn’t quite prepared for the trials and tribulations that go along with making it. The film had run out of funds… so we turned toIndieGoGo to help raise the rest, from generous contributions and support from individuals, to finish the film. Unlike Kickstarter, IndieGoGo allows us to keep each and every dollar we raise.

But we still have a long way to go….and we need your help. Every little bit helps, and any help we receive is graciously appreciated. Donate, Tweet, word of mouth, tell friends, family, and co-workers!

From the bottom of my heart, thank you, soo much to everyone!

Plus, there are tons of cool and awesome perks!!! 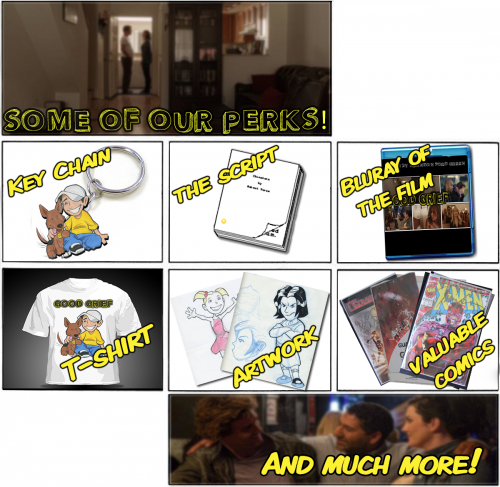 Now, onto the contest!

You can win this awesome sketch by helping to spread word about the film! 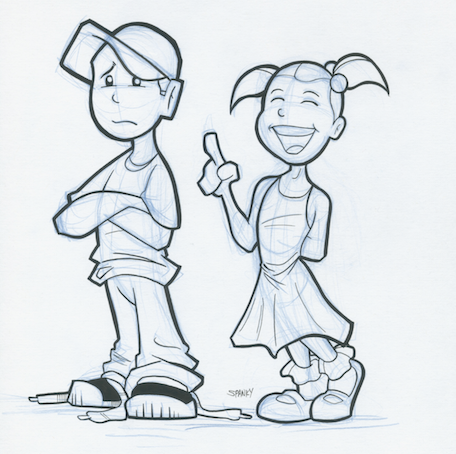 Enter below on the rafflecopter form! And tell your friends!