As you all know, I love classic TV and there’s no more classic than Laugh-In. It is one of the best shows to ever hit the airwaves and introduced the world to Goldie Hawn which I appreciate very much! I love me some Goldie Hawn!
The series it self is quite simply one of the many milestones of television history. Thanks to our awesome friends at Time Life we have three copies of The Complete First Season to giveaway! How awesome is that???
Although “Saturday Night Live,” “MADtv” and other sketch shows have captured some of the flavor of “Laugh-In,” no other comedy show has matched it in terms of its hyper-speed outrageousness and offbeat sensibility.
— The Los Angeles Times
“The frenetic, chaotic comedy still earns laughs 50 years later…
it’s a wonderful time capsule of the era”
— DVD Talk
From 1968 to 1973, anarchy reigned supreme on NBC,
and network television was never quite the same
— Winston-Salem Journal
MORE LAUGH-IN FROM TIME LIFE?
YOU BET YOUR SWEET BIPPY!
THIS SEPTEMBER, TV’S GROUNDBREAKING VARIETY SHOW LAUNCHES AT RETAIL WITH A ZANY, STAR-STUDDED
INAUGURAL SEASON DVD SET
ROWAN & MARTIN’S LAUGH-IN:
THE COMPLETE FIRST SEASON 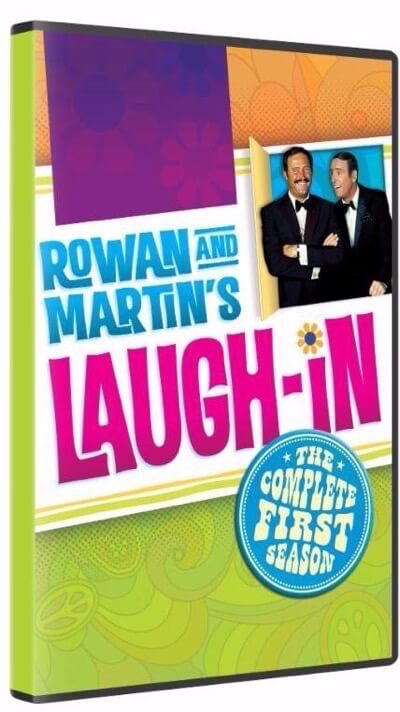 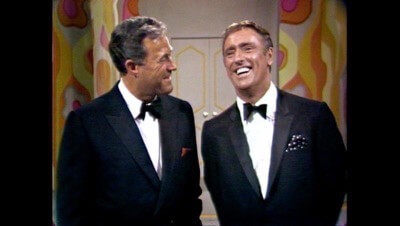 The 4-Disc Set Features 14 Remastered Episodes from the Landmark
Emmy® and Golden Globe®-Winning Series – 64% of Which Have Never Before Been Available at Retail — Hours of Bonus Programming Including the Pilot Episode and a New Interview with Creator George Schlatter; Guest Stars Include Harry Belafonte, Milton Berle, Johnny Carson, Cher, Tim Conway, Sammy Davis Jr., Sally Field, Jerry Lewis and Many More!
The ’60s gave us “in-crowds,” “be-ins” and “love-ins,” and starting in 1968, the happening place for free-form comedy was Rowan & Martin’s Laugh-In, broadcast from beautiful downtown Burbank. Straight man Dan Rowan and wisecracking co-host Dick Martin led a gaggle of goofballs through a rapid-fire assault of one-liners, skits, bits and non sequiturs that left viewers in hysterics and disbelief. Anything and anyone in the public eye was a target.  Political correctness?  Forget it!  The off-the-wall groundbreaking, Emmy Award-winning show would go on to anchor the Monday 8 p.m. time slot on NBC until March 12, 1973, transforming both pop culture and the medium of television. 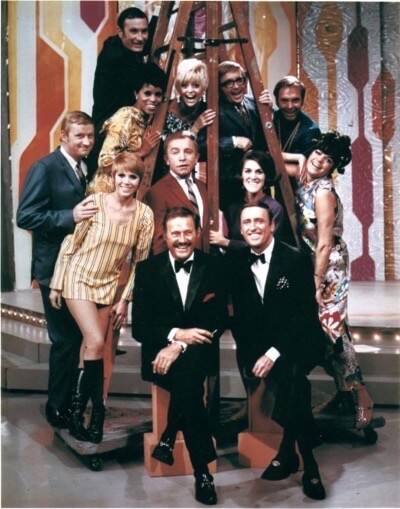 Following the acclaimed release of LAUGH-IN: THE COMPLETE SERIES (available exclusively through TimeLife.com/Laugh-In), the TV-DVD archivists at Time Life are making ROWAN & MARTIN’S LAUGH-IN: THE COMPLETE FIRST SEASON available for classic TV aficionados
and comedy lovers alike.  Comprised of 4 DVDs and 14 complete episodes – 64% of which have never before been available at retail — the star-studded set delivers audiences to the beginning of the landmark series which became an instant classic and one of the most popular shows in the history of television. 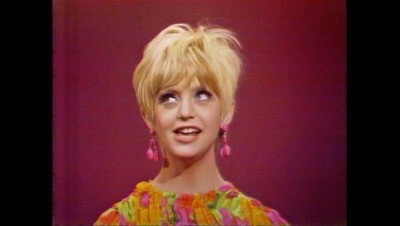 Flip Wilson as Adam (now residing outside of the Garden of Eden); Tim Conway and Cher as John Smith and Pocahontas; a silent salute to presidential candidate George Wallace; a Mod, Mod World look at the Olympics — these are just a few of the zaniest things crammed into Season 1.  Also making their appearances for the first time: Goldie Hawn’s giggly blonde, Judy Carne’s “Sock-It-To-Me” girl, Jo Anne Worley’s anti-chicken-joke militant, Ruth Buzzi’s perpetually-frustrated spinster and Arte Johnson’s “verrry interesting” German soldier.  The biggest news, however, was the first national television appearance of Tiny Tim, the ukulele-toting, falsetto-singing throwback to a bygone era of American pop music.  He made the rest of the cast seem normal — and Dan and Dick squirm.  The show’s first season was also highlighted by long running fan favorite features including “Sock It to Me,” “Cocktail Party,” the “Joke Wall”, and the first appearance of Johnson’s elderly Tyrone F. Horneigh and Sammy Davis Jr. introducing the all-time classic sketch “Here Comes the Judge”. 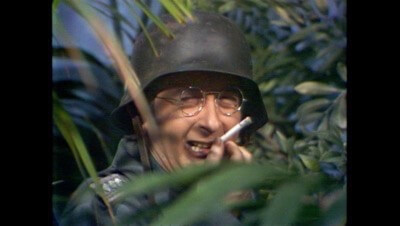 Check out Laugh-In: the Complete First Season on DVD at Amazon!