Home / Contests / Contest Time! Win The Hobbit: The Battle of the Five Armies On Digital HD! The Final Chapter Is Available Now!

Who doesn’t love The Hobbit, it was so iconic and such a big part of everyone’s lives, I’m not sure what we’re all going to do without having a new film to look forward to!

The final film in the newest Hobbit trilogy, The Battle of the Five Armies is out now on digital HD!

We have a copy of the film to giveaway on digital HD to one lucky fan!

First check out this awesome app!

Are you Battle Ready? Take the quiz to uncover your Middle-Earth Weapon of choice!

Mouse over the Interactive Map to learn fun facts about Middle-Earth.

Then fill out the rafflecopter form below! 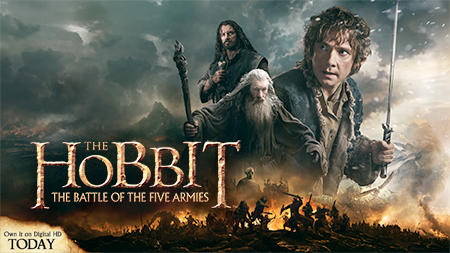