One of the most unique and interesting series that I’ve seen this year is The Young Pope. It stars the amazing Jude Law and Diane Keaton in two performances which should be on the top of any awards season list. It’s such a unique show and one that really looks at the Catholic church but is also about faith a and principles.

Thanks to the fine folks at HBO Home Video we have two copies on DVD to giveaway! How awesome is that? Check out a little bit about the series below! 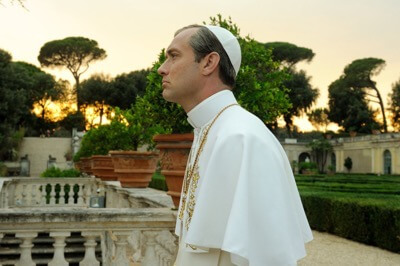 Starring two-time Academy Award® nominee Jude Law and Academy Award® winner Diane Keaton, the “superb” (Rolling Stone) HBO® limited series The Young Pope is yours to own on Digital Download April 10, 2017 and on Blu-RayTM and DVD June 6th, 2017. The series, which delves in to the life of a newly elected pope (Law) – the youngest in history and first-ever American – whose audacity, independence and arch-conservatism wreaks havoc within the Vatican. Heralded by critics as “dazzling, riveting” (TV Guide), The Young Pope on Blu-rayTM, DVD and Digital Download includes all ten episodes of the limited series and three special features including an exclusive new “The Making of The Young Pope” featurette. The Blu-rayTM and DVD release also include a free Digital Download copy. 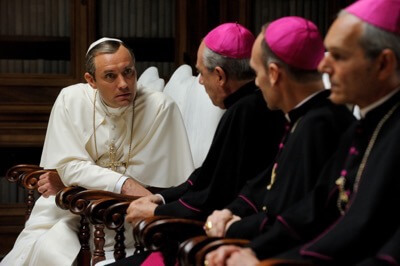 From Academy Award winner for Best Foreign Language Film, Paolo Sorrentino, the ten-episode limited series The Young Pope tells the fictional story of Lenny Belardo, a.k.a. Pius XIII, the first-ever American Pope and the youngest elected by the College of Cardinals. At first glance, Lenny’s selection over older and more experienced clerics – in particular Cardinal Spencer, a fellow American and Lenny’s mentor – seems part of a simple media strategy by Vatican elders, who no doubt expect the new Pope to toe the line and follow their lead. Instead, Pius XIII eschews the counsel of the Vatican’s Secretary of State, Cardinal Voiello, and enlists the woman who raised him, Sister Mary, to be his chief confidante. To the chagrin of Voiello and the PR reps who would market the handsome and charming young Pope, Lenny refuses to allow himself to be photographed, and he announces a series of severe, hardline initiatives that confound the Vatican status quo. The Young Pope paints a portrait of a mysterious, complicated man fully aware of the contradictions and consequences of being the conservative leader of a billion followers in a changing world – but unwilling to bend in the execution of his duties. 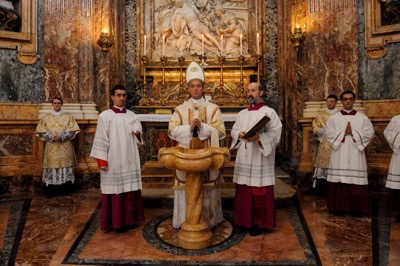 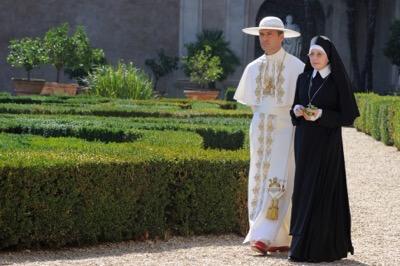 Now, like I said, thanks to the folks at HBO, we have two copies of The Young Pope on DVD to giveaway! Sound good?

Also check out The Young Pope on Amazon!