Home / Contests • Featured / Contest Time! City Slickers: The Collector’s Edition On Blu-ray! Saddle Up Your Horses! The Comedy Classic Is Out Now!

Okay, how much do I love City Slickers? Answer, A LOT! I’m super stoked that Shout Factory, who are awesome BTW, has put out this amazing Collector’s Edition and we have a few copies to giveaway. How awesome is that!!!

Check out all the info below and then enter to win via the Rafflecopter link! 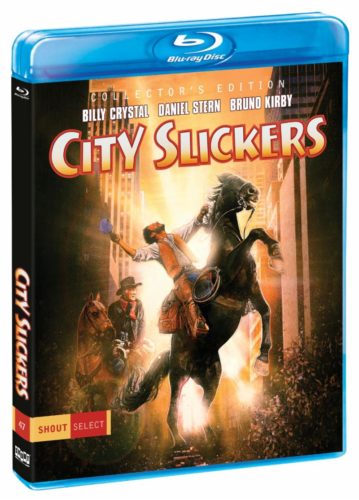 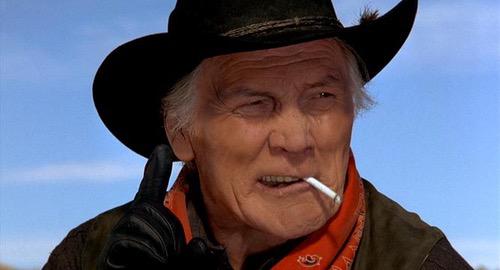 This October, Shout! Factory invites home audiences to saddle up for comedy gold with CITY SLICKERS: COLLECTOR’S EDITION. Riding into retail on a treasure-laden Blu-ray release, this all-time comedy classic receives special Shout Select treatment with an all-new 4K HD scan, and extras that include exclusive audio commentaries, specially-created featurettes including “Back In The Saddle: City Slickers Revisited” and deleted scenes. Pre-order is available now at ShoutFactory.com. 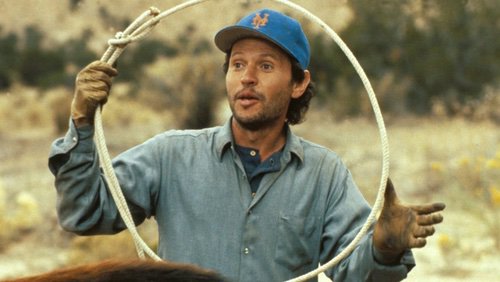 This insightful, delightful comedy about cowboys, careers and midlife crises stars Billy Crystal as thirty-nine-year-old New Yorker Mitch Robbins, who’s tired of his job and bored with his life. So he and his two best friends (Bruno Kirby and Daniel Stern) trade their briefcases for saddlebags and set out to find freedom and adventure herding cattle under the wide New Mexico sky. But what they discover instead is scorching sun, sore backsides … and more about themselves and each other than they ever thought possible. During its theatrical release, Rita Kempley of The Washington Post said that the comedy was a “sentimental, big-laughs western about life going on after thirtysomething”, and Jeff Menell of The Hollywood Reporter called it “one cattle drive you won’t want to miss”. Aside from the trio of fish-out-of-water urbanites, CITY SLICKERS also starred the inimitable Jack Palance, who captured the Oscar®for Best Supporting Actor for his role as leathery trail boss, Curly. 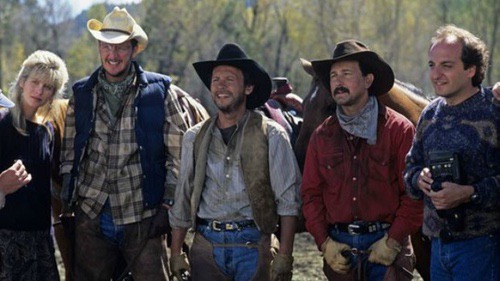 Consumer interested in roping the Blu-ray prior to its release are invited to order the collector’s edition directly from shoutfactory.com; it will ship two weeks early and, while supplies last, the order will include a free 18×24 rolled poster featuring brand new artwork. 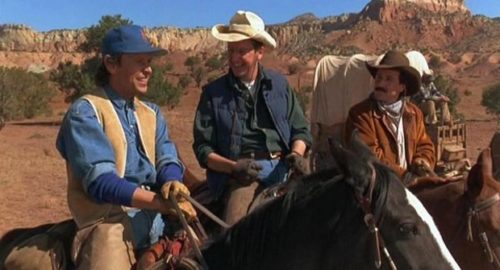 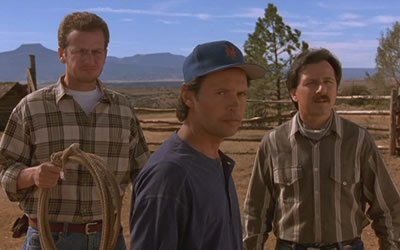