I’m so excited to check out Let Him Go, I keep hearing great things about the movie and if you’ve felt the same way… well… you’re in luck! We have a copy to giveaway! Woo to the hoo!

Check out the info about the film and then enter below!

BEHIND-THE-SCENES OF THE ACCLAIMED THRILLER STARRING

OWN IT ON DIGITAL NOW 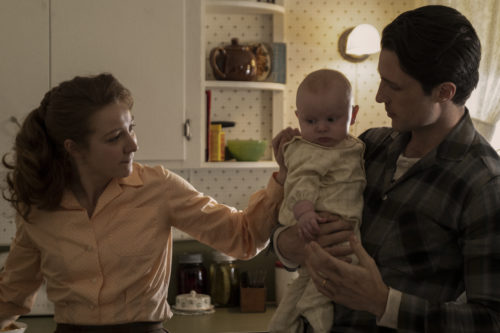 Witness how far one family will go to rescue one of their own in the riveting and emotionally charged action-drama LET HIM GO, available to own for the first time on Digital on January 19, 2021 and on Blu-ray™, DVD and On Demand on February 2, 2021from Universal Pictures Home Entertainment. Based on the novel of the same name by New York Times acclaimed author Larry Watson, the intense thriller reunites Academy Award® nominee Diane Lane (Trumbo, Unfaithful) and Academy Award® winner Kevin Costner (“Yellowstone,” Hidden Figures) as a husband and wife who set out to save their young grandson from the clutches of a ruthless family. Hailed as “original and suspenseful” (Owen Gleiberman, Variety), the visually stunning, Rotten Tomatoes Certified Fresh® film is set in the 1960’s American West and explores the bonds of family, the power of love and the necessity of sacrifice.Featuring never-before-seen bonus content with the film’s cast and crew, LET HIM GO on Blu-ray™, DVD and Digital includes exclusive extras taking audiences behind the scenes with the cast and crew diving deeper into the western-tinged drama. 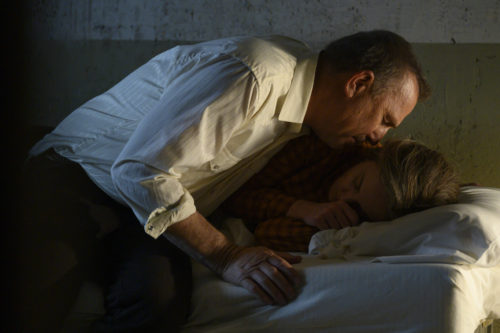 After their life is set off course following the tragic loss of their son, retired sheriff George Blackledge (Costner) and his wife Margaret (Lane) leave their Montana ranch on a mission through the North Dakota desert to rescue their young grandson from a dangerous family living off the grid. Navigating tragedy and tumult, the couple soon discover that the Weboy family, a deep-rooted local clan led by ruthless matriarch Blanche (Academy Award® nominee Lesley Manville; Phantom Thread, Ordinary Love)  has no intention of letting the child go, forcing George and Margaret to ask how far they will go to fight for their family. Proclaimed by critics as “beautifully acted by Costner and Lane” (Glenn Kenny, The New York Times), LET HIM GO is filled with powerful performances and explores the strengths of family ties, the bittersweet and brutal cost of vengeance and the true stakes of heroism set against an iconic American backdrop. 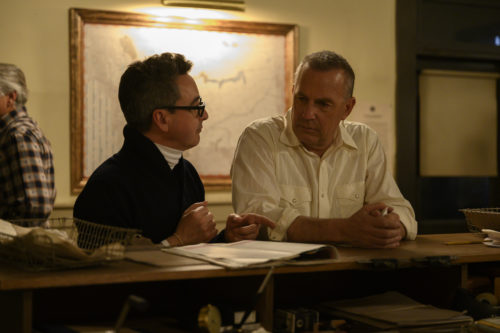 Writer and director Thomas Bezucha (The Family Stone, Big Eden) delivers a “compelling” (Pete Hammond, Deadline) and intensely visceral adaptation that authentically brings a bygone era to life in the heart-pounding revenge rescue tale. With an exceptional cast lead by Lane, Costner and Manville, LET HIM GO is rounded out by Jeffrey Donovan (“Fargo,” Sicario), Kayli Carter (Bad Education, “Mrs. America”), Booboo Stewart (The Twilight Saga, The Grizzlies) and Will Brittain (Kong: Skull Island, Everybody Wants Some). Accompanied by a hopeful and haunting score by Academy Award® winning composer Michael Giacchino (Up, Jurassic World series) that pulls the audience deeper into the story, LET HIM GO’s phenomenal performances and majestic landscapes are punctuated by palpable tension and shocking moments of terror, raising the ominous mood of the “searing thriller” (Glenn Kenny, The New York Times) that will have everyone on the edge of their seats throughout the film. 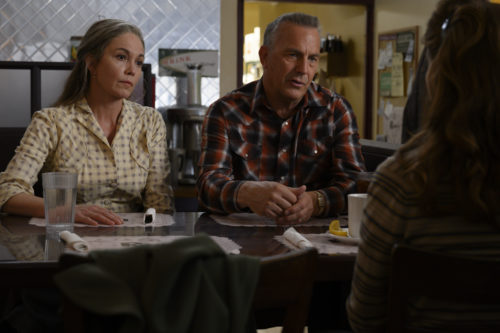 With the purchase of LET HIM GO on disc or digital, fans are eligible to earn points towards special rewards via the Universal All-Access Rewards program. Members can redeem their points for digital movies, signed collectables, box sets, win exclusive prizes and more! For FREE registration and details please visit www.MyUniversalRewards.com.

Based on the Novel By: Larry Watson

Written for the Screen and Directed By: Thomas Bezucha 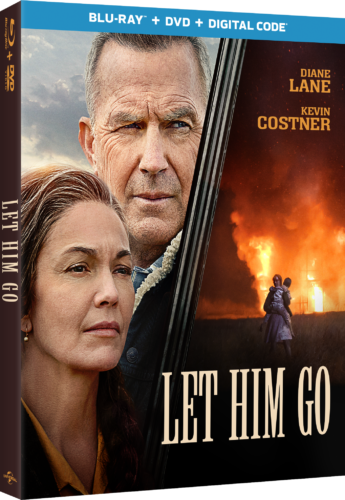