I don’t know about you, but growing up, some of my favorite movies to watch with my sister were the Beethoven films!

Now, there’s a slight difference in our ages, so I would be the one babysitting, even though I always looked way way younger. I can’t help it, good genes.

Anyway, she would always want to watch either the first or second Beethoven film while jumping on my back and trying to beat me up…. Ah memories.

So, you can understand why I was excited to see that the Beethoven films are back for a while new generation of kids to enjoy! Listen, my sister is about to get her PHD, so something worked out there right? 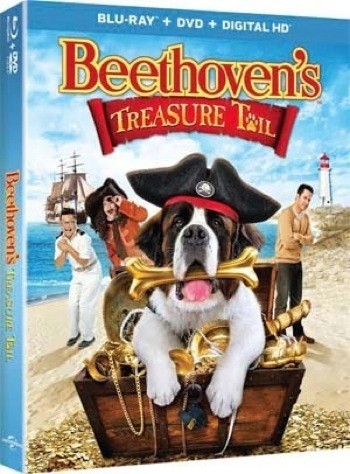 Get ready to howl with laughter in this all-new family comedy starring America’s favorite St. Bernard, the one and only Beethoven! After a doggone disaster of a movie shoot, the big-hearted pooch and his trainer, Eddie (Jonathan Silverman, Beethoven’s Big Break), are heading home when they get stranded in a small coastal village. When Beethoven befriends a local boy (Bretton Manley, Ted), he helps him find a pirate map to lost treasure and together they em-bark on an adventure that brings the whole town together. Co-starring Morgan Fairchild (Flamingo Road), Kristy Swanson (Buffy the Vampire Slayer), and Jeffrey Combs (Re-Animator), it’s a heartwarming “tail” about finding fun wherever your nose leads you. 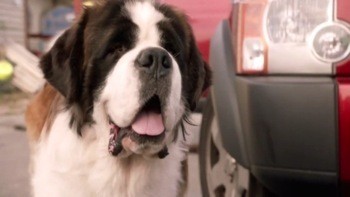 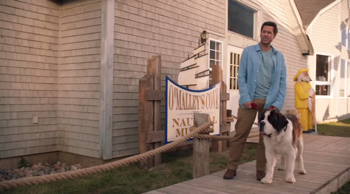 The Blu-ray™ Combo Pack includes a Blu-ray™, DVD and DIGITAL HD with Ultraviolet™.
Blu-ray™ unleashes the power of your HDTV and is the best way to watch movies at home, featuring 6X the picture resolution of DVD and theater-quality surround sound.

DVD offers the flexibility and convenience of playing movies in more places, both at home and away.
DIGITAL HD with Ultraviolet™ lets fans watch movies anywhere on their favorite devices. Users can instantly stream or download. 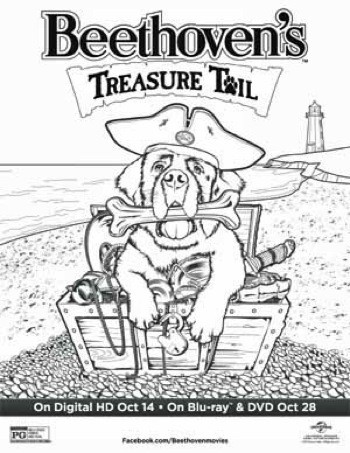 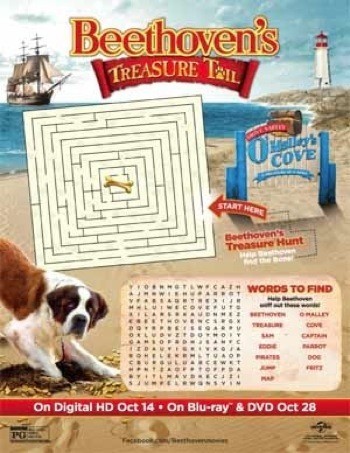 To win enter via the rafflecopter form below! We’ll have a review of the film coming up, so keep an eye out for that as well!
a Rafflecopter giveaway