Home / Reviews / Cosmos: A Spacetime Odyssey Blu-Ray Review! Does The Updated Series Fly As High As The Original?

Carl Sagan, one of the best and most respected scientists brought the world Cosmos: A Personal Voyage. Now, there is an updated versions just being released on blu-ray, this version Neil deGrasse Tyson’s Cosmos: A Spacetime Odyssey, takes what was great about the original and expounds on it.

Make no mistake, Neil deGrasse Tyson is driving this version of Cosmos and he does so very well. A noted astrophysicist, Tyson shares Sagan’s passion and it transfers to the small screen well. Science is a funny thing, in todays day and age we have a small device that holds all of our music in the palm of our hands, portable phones, and so many more technological innovations. 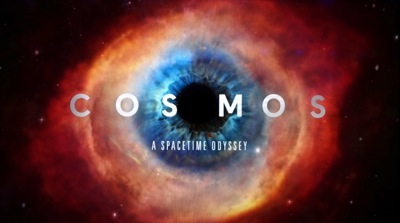 It’s a wonder then that science gets the short thrift, our sense of wonder needs to get reignited! And Cosmos: A Spacetime Odyssey is doing just that. The interesting thing is, that Cosmos is almost a throwback series, while the technological improvements are apparent. The original Cosmos, while entertaining, had some very rudimentary special effects. This version opens with a spiral galaxy that looks a lot like a human eyeball. 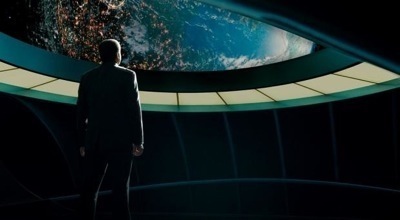 The special effects also allow Tyson to explore large and small situations and environments. It allows the show to give viewers a lot of information without bombarding them. It’s almost subliminal.

One of the interesting this about this version of Cosmos is how Tyson subtly nods to his predecessor while taking the reins of the series. The infamous scene of S blowing dandelion into the wind. It’s clever, however there are times when it’s a bit much. Like any piece of work a nod to the original is good, but you don’t want to overdo it. 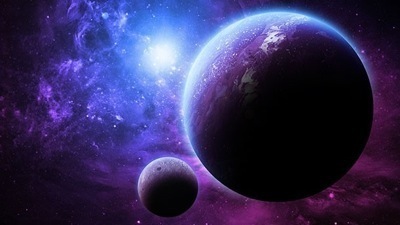 Neil deGrasse Tyson, is a very appealing host, however. He drives his spacecraft around exploring everything from distant galaxies, human DNA, and more. He really has a great screen presence and very accessible as the host of the series. He brings people into the small screen, which is a rare talent. This Cosmos has a very epic sweeping scope, much more so than the original. It’s interesting to think of a show, that’s based on education, epic, but it really fits in the cast of Cosmos! 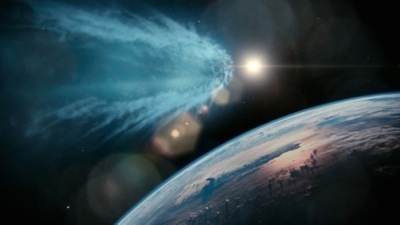 The blu-ray transfer is excellent. As the series shifts from animation to live action to CGI, each of the different aspects simply pops in high definition. The animation in particular looks amazing, the detail is really outstanding. The details are particularly sharp, however when the series heads to more vintage or stock footage the quality most defiantly lags. 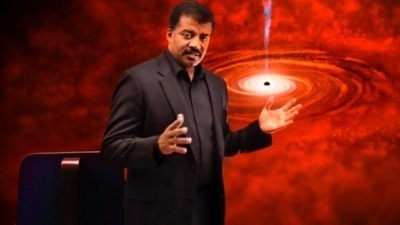 There are special features on each of the four discs. Disc one features an audio commentary on the episode Standing Up in the Milky Way with Ann Druyan, Mitchell Cannolo, Brannon Braga, Jason Clark and Kara Vallow. 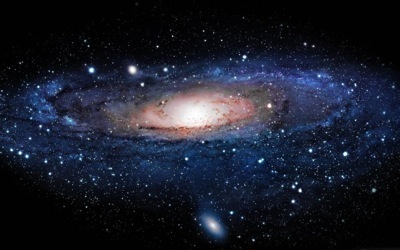 Disc four has The Voyage Continues a featurette about the making of the new series and an Interactive Cosmic Calendar which lays out information from the cosmic calendar laid out on a timeline.

Overall, this version of Cosmos: A Spacetime Odyssey looks amazing and is a great update of the Carl Sagan series. The information is laid out well and it’s very interesting to see the new version compared to the old classic series. If you haven’t sen the new update, I highly suggest checking it out.

Cosmos: A Spacetime Odyssey is out now on blu-ray! 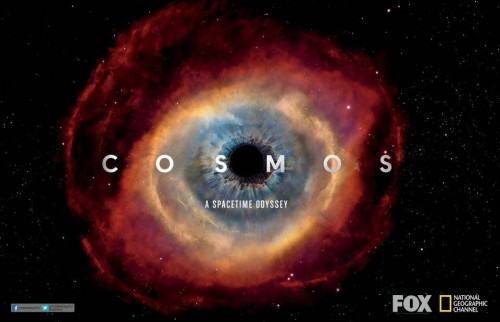