What if I told you the best spy movie of the year was actually a documentary? Director Taghi Amirani’s captivating “Coup 53” is a thriller for the ages.

In 1953, the newly democratically elected Prime Minister Mohammad Mossadegh positioned himself as a premier world leader and a modern day icon in Iran. Some have even argued, Mohammad Mossadegh was poised to be the nation’s Mahatma Gandhi for creating a more independent Iran with his innovative, impactful overhaul of foreign control. Frustrated by Mohammad Mossadegh’s decisions and loss of control with Iranian oil, the UK government partnered with the CIA to oust Mohammad Mossadegh and replace him with the highly unpopular (and corrupt) Shah, which ignited massive unrest that still lasts decades later. Thanks to the CIA creating coup blueprints for future interventions, the bloody Iranian revolution and repressive regime excruciatingly exists today. But how did this all happen and get swept under the rug? 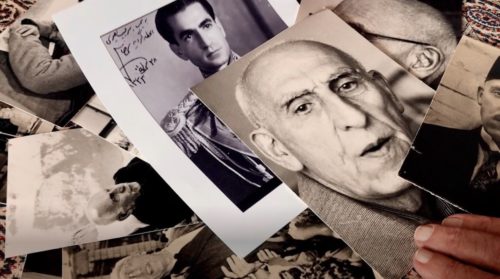 Director Taghi Amirani’s documentary dives deeps into the Iranian coup collaborated on by the CIA and the UK in 1953 with perplexing persistence going down a rriveting rabbit hole toi discover the truth. Instead of a traditional tiresome, historical documentary, Taghi Amirani and Academy Award winning editor Walter Murch (“Apocalypse Now” and “The English Patient”) bring back to life an extraordinary examination of one of the most atrocious acts and pivotal moments in modern day history. After discovering decades long never-before-seen archival footage, “Coup 53” showcases how the Iranian government was overthrown with unprecedented and unparallel detail. The dark, salacious secrets are an astonishing revelation and are brought to life thanks to some ingenious, inspirational interviews and footage. 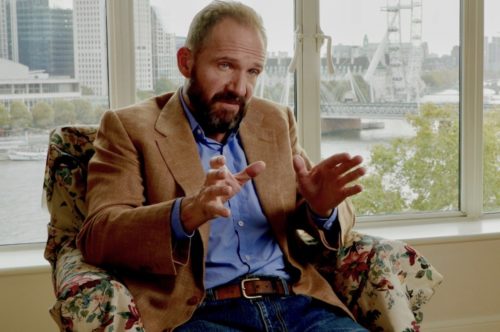 Instead of cheesy, lifeless recreations, the filmmakers utilize Ralph Fiennes, who describes in detail Operation Ajax, the codename for the coup along with contemporary investigative interviews interspliced with found footage. Filmed as casual interviews, Fiennes fiercely brings life to MI6 agent Norman Darbyshire’s words from a “lost” interview transcript and presents  what appears to be an extemporaneous opinion of the situation. It’s truly a flawless film technique done by the filmmakers as the documentary truly transforms before your very eyes into a live investigation. This is unlike any documentary you’ve experienced! 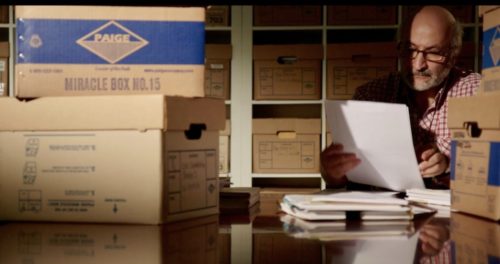 Taghi Amirani and Walter Murch miraculously cobble together tattered information intensely almost like super spies. Quite literally they’re piecing together documents to prove the compelling conspiracy of how the US and UK Governments brought down a beloved world leader with Prime Minister Mohammad Mossadegh. To say this is a profound political piece of film history is downplaying the significance. This passion project is a masterpiece! Dare I even say Taghi Amirani’s magnum opus? Imagine Costa-Gavras’ “Z” meets “Argo” with a John Le Carré novel twist. “Coup 53” is firing on all cylinders and is if “Munich” or “The Bourne Identity” film series was made into a documentary with just as many twists and surprises. Taghi Amirani exceptionally executed an unforgettable, unique documentary experience that is unlike anything you’ve seen. “Coup 53” is a game-changer and genre-defining film. Out of all of the films I’ve seen all year long, this is easily a Top 10, if not a Top 5 Film of 2020!