Christian is back! I’m sure you guys remember his trip to the set of NCIS and meeting Mark Harmon and the cast. Well, Christian also got to visit the set of Criminal Minds as well.

I know, how lucky can you get right! Christian got to meet several members of the cast. And from what I can tell, it was a pretty awesome experience.

Check out his full recap with awesome pics!

While in California, I had the opportunity (through a friend at the studio) to visit the criminal minds set and watch them shoot on location. I went and it was amazing! Here is the full story:

We woke up at around 7 am this time and headed over the the studio where Criminal Minds is shot. We were supposed to tour the studio before going on location, but our plans changed and we went on location first.

When we got there, I stood in the back and watched them film. The cast members there were Thomas Gibson, Shemar Moore, and AJ Cook. After they finished the first scene, Shemar Moore came over to me and introduced himself and thanked me for being a fan. He said he had a better picture than mine in the trailer, so he ran back and got it and signed it. He was so nice! 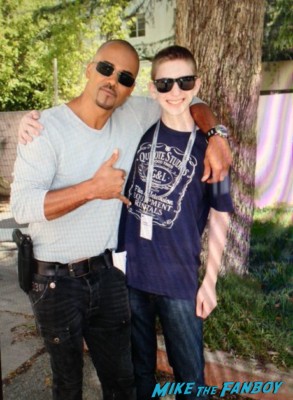 Then, I went to get something to drink and Thomas Gibson was there with me! I introduced myself and we talked for a while. He said that he and AJ would come over after they finished the next scene. First to come over was Thomas. He was so cool! 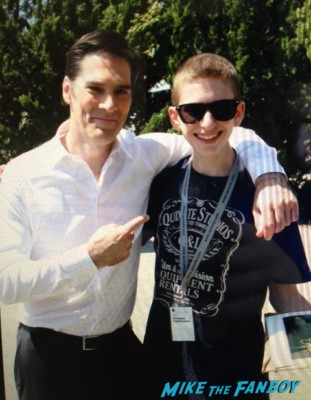 Then AJ came over and she said “Hey dudes! Whats up?”. She was a real Californian! She was so nice as well! 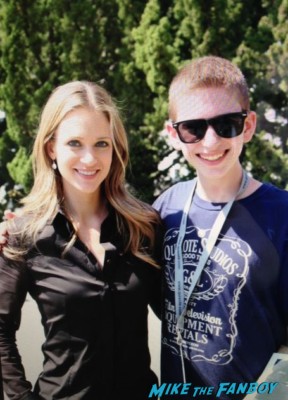 After we were done on location, we headed back to the studio. As we walked in, Matthew Gray Gubler was walking out. I stopped him and asked him for a quick picture and autograph. He said “sure!” 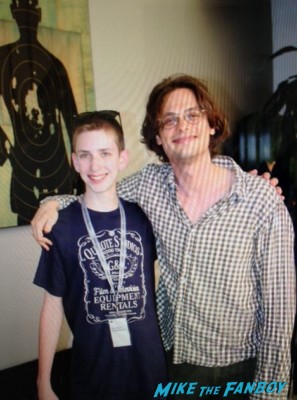 and ended up drawing a picture on the photo! 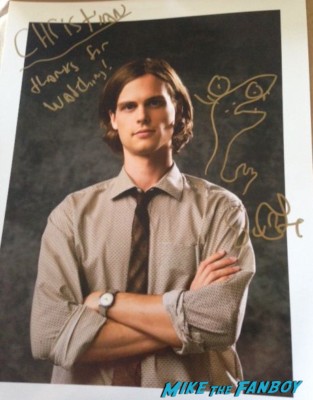 Then we went to the sets. We saw the BAU Center

Then we went to the BAU Jet!

And last, we headed to the Conference room and saw Garcias desk!

Another unforgettable experience. The trip of a lifetime! All of the cast was so kind and were normal people!!

If you have any questions about the tour or trip drop us a line through the contact form!