You know what’s funny… I thought I was the only one who remembered that The Big Hit existed! It’s one of the first Marky Mark movies that I saw and if memory serves it came pretty soon after Renaissance Man!

The Big Hit is a true guilty pleasure and tries to mix comedy and action together. It does a decent job but honestly Marky Mark Wahlberg makes the movie awesome!

Jack talks about one of my favorite subjects… Marky Mark and also the “cult classic” The Big Hit!

Mike’s recent fanboy fail reminded me of one my favorite guilty pleasure movies from the 90s. Thanks to the indie movement and large ensemble casts, many late 90s films featured “unknown, struggling actors” who later emerged as A-listers. Between 1996 and 2000, there are many hidden gems that most people have forgotten about featuring all-star casts with certain films like “200 Cigarettes,” “Bongwater,” “The Ice Storm,” “Can’t Hardly Wait,” “10 Things I Hate About You” or “Velvet Goldmine” falling into this category. Assembling a cast like Joseph Gordon Levitt, Heath Ledger, Julia Stiles, David Krumholtz and Gabrielle Union for “10 Things I Hate About You” still seems impressive after almost 15 years (has it really been that long????)

However, I want to discuss “The Big Hit,” which first introduced me to Mark Wahlberg. Before seeing “The Big Hit,” I was unfamiliar with his career as Marky Mark and only knew him simply as a “new” actor. “The Big Hit” is an entertaining action-comedy that co-stars Christina Applegate, Lou Diamond Phillips, Bokeem Woodbine, Elliott Gould, Lainie Kazan, Antonio Sabato Jr. and Avery Brooks. 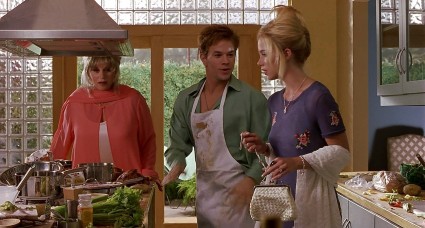 Melvin Smiley (Wahlberg) is your typical successful twenty something: he has a gorgeous fiancée Pam (Applegate), owns multiple properties, maintains a successful career (as a hitman) and enjoys his entertainment, especially “King Kong” films. Sure he might also juggle a demanding relationship with his girlfriend Chantel, have a video clerk constantly harassing him about an overdue videotape, and is constantly juggling his secret life. But it’s nothing Melvin can’t handle, as long as he makes everyone happy.

Smiley even famously admits in the movie, “I can’t stand the thought of anyone not liking me.”  After being guilt tripped out of a $10,000 bonus and trying to appease Chantel’s expensive tastes, Smiley agrees to assist associates Cisco (Phillips) and Crunch (Woodbine) with a weekend side-job. After completing a job for their boss Paris (Avery Brooks), they are going to kidnap electronics magnate Jiro Nishi’s daughter, Keiko (China Chow), since they all feel underpaid and want to make some extra income.  Along with Cisco’s lackey Gump (Robin Dunne), they successfully kidnap Keiko and ask for a hefty ransom. Unbeknownst to them, Nishi recently went bankrupt after investing in a “Big Hollywood Movie” written/ directed/starring himself called “Taste of The Golden Spray.” 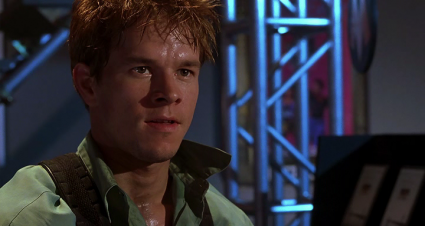 Despite notifying the kidnappers he is broke, Nishi calls Paris, Keiko’s Godfather, to save his daughter. Soon Cisco is called into “the office” and discovers he just kidnapped his boss’ goddaughter.  While Cisco is evaluating his new discovery, Melvin’s future in-laws are in town and his girlfriend Chantel is harassing him for more money. Can Melvin keep it together while he gets betrayed? 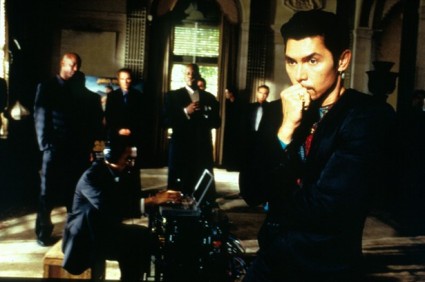 This movie is purely a guilty pleasure, but it certainly does have its memorable moments: the nerdy video store clerk harassing Melvin on the phone throughout the movie (almost like the newspaper kid in “Better Off Dead”), the trace-buster sequences (and trace buster-buster), asking Keiko to record her ransom message and the epic final showdown in the video store. If you want a fun film filled with action and comedy, “The Big Hit” is a film to discover. 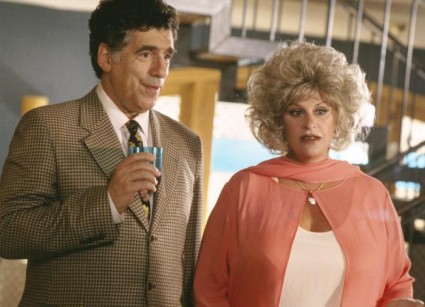 Despite starring in films like “The Departed,” “Four Brothers, “ “The Italian Job,” “The Fighter” and “Ted,” the one film I will always hold in high regards is “The Big Hit.” So when I had the opportunity to meet Mark Wahlberg during his Academy awards push for “The Fighter” I was overwhelmed with excitement. I looked everywhere for my poster of “The Big Hit,” but couldn’t find it so I just brought along my DVD along with a copy of Backstage featuring  Christian Bale and Mark Wahlberg.  Scheduled to appear were David O. Russell, Mark, Amy Adams and others “To Be Announced.” Shortly before the event, we learned Amy Adams was unable to attend and Jack McGee would be taking her place.

After the Q&A, Mark graciously signed autographs for everyone who asked and I managed to get him on my DVD of “The Big Hit” along with my magazine, which was also signed by David O. Russell and Jack McGee at the event. When he signed my copy of “The Big Hit,” he actually snickered and showcased his signature smile. His reputation proved true as he signed his life away despite people bombarding him with stuff from every angle. 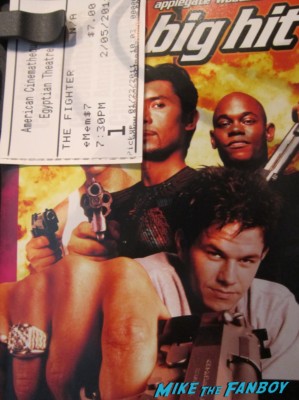 One day I hope to get a picture with “one of Hollywood’s great celebrities.”   Normally I have a rule about meeting celebs multiple times, especially if I had a good or great experience with them. As Mike previously mentioned, I also attended the latest Marky Mark taping and just missed him by 10 minutes. Everyone said Mark “said he would come back and sign afterwards” so I held my breath. As time passed, we all waited for him leaving. Suddenly, we saw his family arrive and knew it was “very unlikely.” Sure enough, he left with his family and politely notified everyone he wasn’t going to sign after all because his kids were there.

Mark kindly apologized for not signing and admitted he would gladly do it next time. Honestly, this was one of the classiest moves I have ever seen with a celebrity. Even the diehard collectors and dealers had respect for Mark, shouting back, “Thanks for being so classy” and things along those lines. Even with an autograph diss, Mark Wahlberg knows how to keep it classy. 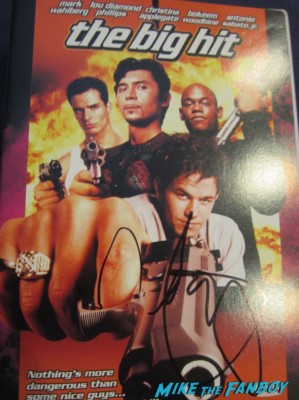