Happy Valentine’s Day everyone! Now normally I love to pick seldom seen and underappreciated films for my Cult Classics Column, but today I want to do something different. After all, its award season right? This time I decided to pick an Academy Award nominated indie film. 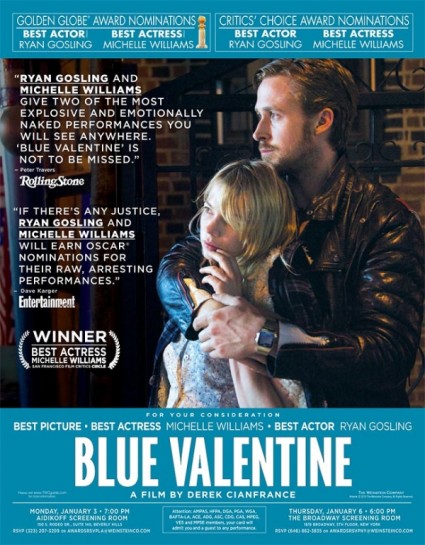 Recently my girlfriend and I broke up after nine months. For the most part we have handled our breakup quite well and our maintaining a healthy friendship. However, I have been disgusted with former flames randomly calling/texting/emailing me (once it was “Facebook official”) and friends constantly trying to set me up. Needless to say relationships and sex have been on my mind frequently. Luckily I have had friends (both male and female) let me “cry on their shoulder” and it got me thinking about the movie, “Blue Valentine.” 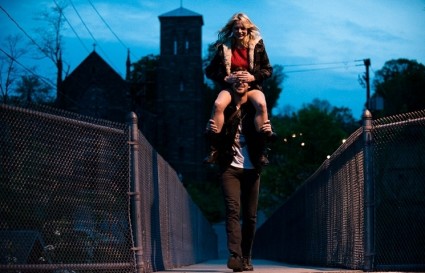 I want you to take a moment and ask yourself, what would you do for love? This isn’t a rhetorical question. I’m generally interested in your response and would love for everyone who reads this article to post their thoughts below in the comment section. Personally I would do almost anything for love and not regret any of my decisions. Although mostly known for Michelle William’s Best Actress Academy nomination and rating controversy (Downgraded from a NC-17 to R rating), “Blue Valentine” is an emotionally engaging and disturbingly accurate portrayal of marriage on the rocks. 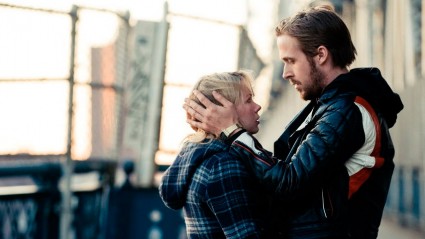 “Blue Valentine” is a non-linear, romantic drama about married couple, Dean Pereira (Ryan Gosling) and Cynthia “Cindy” Heller (Michelle Williams), whose marriage is falling apart. The film rotates back and forth from their first dates until their marriage deteriorates several years later. Dean is working for a New York City moving company when he meets Cindy, who is caring for her grandma in Pennsylvania when the two fall for each other. 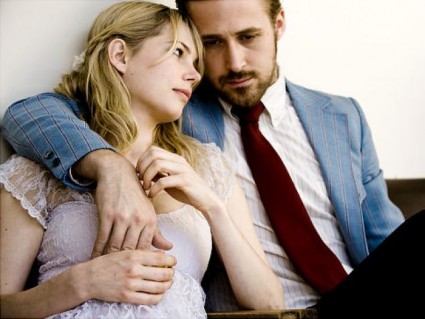 After discovering Cindy is pregnant, they rush into marriage even though there might be a chance its Bobby’s (Mike Vogel), Cindy’s previous boyfriend. Despite all the uncertainty, Dean loves Cindy unconditionally and they settle in rural Pennsylvania where they work as a painter and nurse respectively. Over time, Cindy resents Dean’s drinking habits (borderline alcoholic) and believes he lacks ambition, which first sparked her affection for Dean. Cindy decides to rent a motel room to “spice up their love life,” but things take a turn when she randomly bumps into her ex-boyfriend Bobby at a liquor store.

This is not “The Notebook” so don’t go into this movie thinking it’s a sappy romantic movie. “Blue Valentine” is a dark drama portraying the hardships of relationships, but it contains two of the best emotionally charged performances of the past five years. Both of their performances, particular Gosling’s, left in me tears and writer/director Derek Cianfrance deserves a ton of credit. Even now when people ask me what’s one of the best “relationship movies” I have ever seen I always recommend “Blue Valentine.”

Over the past 13 months I have been quite fortunate and met both leads, Michelle Williams and Ryan Gosling. Michelle was out promoting “My Week With Marilyn” and did a screening at the LACMA with Kenneth Branagh. 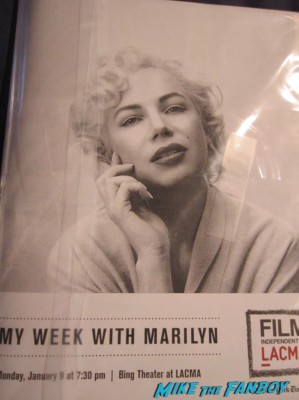 After the Q&A, both Michelle and Ken kindly posed for pictures and signed autographs outside. Regrettably I left my camera at home thinking “there was no chance” for a photo. At this event, security was kind enough to even hold up a light so people could get better pictures and made it easier for them to sign in the dark. 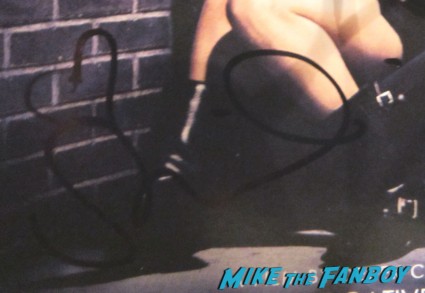 Michelle even added a heart to my “Blue Valentine” DVD and I told her she deserves the Oscar for “Marilyn.” Michelle was a complete sweetheart and I hope one day I have another chance to meet her. 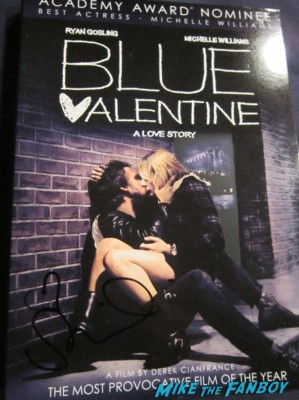 Like I previously mentioned, Ryan Gosling was kind both times I met him. However, I felt reluctant to bring my DVD since Michelle’s autograph is “clear,” but in a dark area. After hearing enough horror stories, I’m reluctant to start/continue cast pieces so I had other items signed by Ryan. Hopefully I have an opportunity to meet writer/director Derek Cianfrance when “The Place Beyond the Pines,” but for now I’m completely content with meeting the two leads. Until the next time, happy autograph hunting and Happy Valentine’s Day!