Jack consistently surprises me with his choices in film and I love it! I have honestly never heard of The Amateurs before but now I’m going to have to check it out. Especially once the Paleyfest madness starts to die down. Plus, it has an amazing cast… How can you not want to see a film with The Dude in it? Jeff Bridges! Hello!

Jack was also able to meet Amateurs star Ted Danson as well as Brad William Henke! Check out Jack’s Amateur recap and meet and greet report after the jump!

Since the dawn of home video market, consumers have been overwhelmed with a plethora (Yes, a plethora) of movie options. Once the straight-to-VHS/DVD market was realized this problem dramatically increased. As a result, certain has-been actors/actresses have revived their careers and now thrive with a booming “Straight-To-DVD” (Now Blu-ray) career. However, every once in awhile a gem slips through the cracks because it’s not quite “mainstream accessible” and today’s cult classic corner spotlight is one such film, “The Amateurs.” 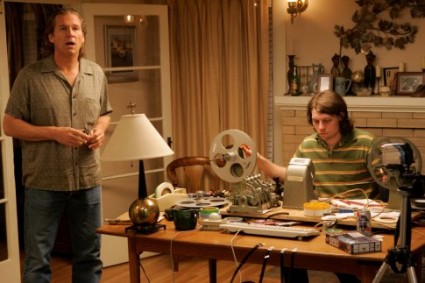 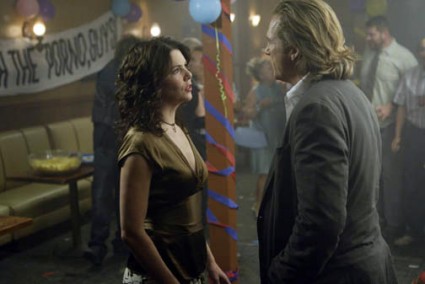 “The Amateurs” tells the story of Andy Sargentee (Bridges), a middle-aged divorcee, who concocts irrational ideas whenever he’s stressed out. After being fired from his job, Andy decides to make the first full length amateur porno film with his friends. Gathering his best friends Barney (Nelson) to do PR, the overly enthusiastic Otis (Fichtner) producing, the supportive, yet closeted macho “Moose” (Danson) and Some Idiot (No, joke that’s his name-Joe Pantoliano) to write/direct (because he attended a film class once at community college), Andy sets out to do the impossible. They’re going to make the very first feature length amateur adult film with the “entire town” bankrolling the film. 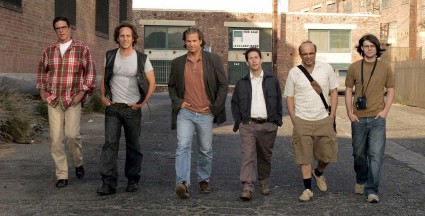 They soon discover making a movie is pretty challenging and go through a few hijinx before finding their way. Like most films produced by independent companies they’re held hostage when the company financially struggles and/or inevitably goes bankrupt. Such was the case for “The Amateurs.” Besides all the stars involved, it’s great to discover a charming comedy filled with wonderful, hidden performances. Danson’s performance in particular is hysterical and the dialogue exchanged leaves you yearning for more. Honestly, go rent this film if you want to find an under appreciated, hidden gem. 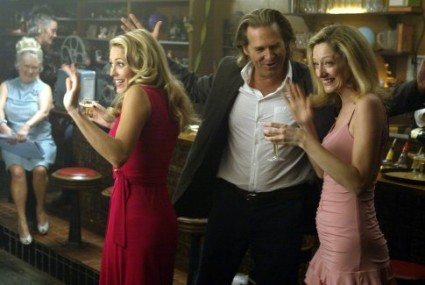 Thus far I have only met one cast member from the film AND had them sign something related to “The Amateurs.” I met Brad William Henke after a screening of “Choke” a few years back and this past fall John Hawkes, who played the characters “Ron” and “Mo” respectively. However, I want to discuss my meeting with Mr. Sam Malone a.k.a. Ted Danson. 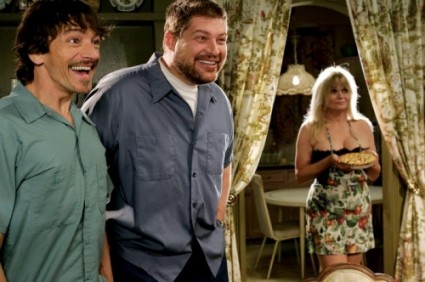 Danson was promoting his book “Oceana” at the Skirball Center in conjunction with Book Soup and gave a lecture discussing the Ocean’s problems. Now normally I would dismiss an “actor’s cause,” but I genuinely believe in the foundation and have regularly contributed in the past. During the signing, we’re told no pictures and memorabilia despite paying $30 for a book. 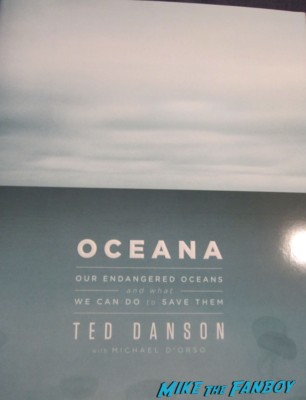 When I came up we discussed the film and he even commented his wife, Academy Award winner Mary Steenburgen, loves that movie. She finds it hysterical him playing a gay guy and his seduction scenes with women make her burst into tears. I also added I love “Curb Your Enthusiasm” and had nothing but nice things to say about Larry David. 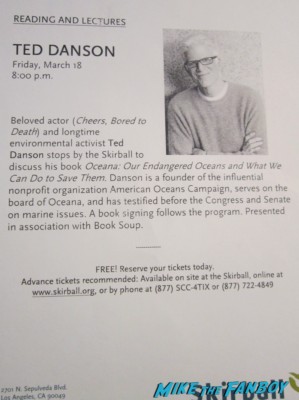 He signed my book and I decided to wait around. Once the line “had died down” I went up to him and managed to get my Blu-ray signed. 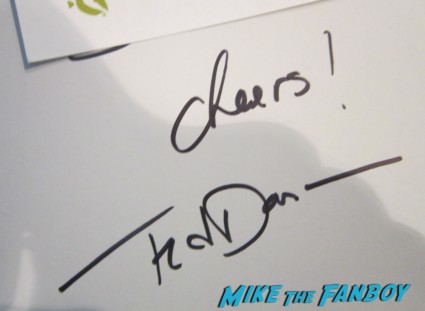 He graciously signed it and thanked me for coming. Ted Danson rules! Until the next time, happy autograph hunting! 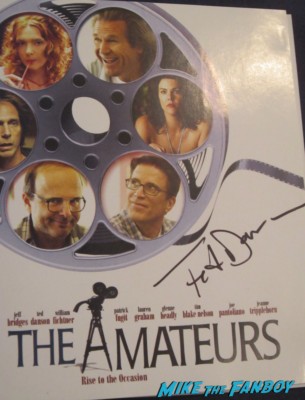