Bad Santa! Yes, I know Christmas is over, but only by two days! And clearly Santa is still pretty damn prominent! LOL… Jack is talking some Bad Santa for his Cult Classic Corner this week.

Jack even was fortunate enough to meet Sling Blade and the ubiquitous Bad Santa himself Mr. Billy Bob Thornton! Not too shabby. I’ve always wanted to get all my signed Christmas memorabilia out and display it over the holidays! Next year!

For now… Check out Jack’s Cult Classic Corner after the jump!

Sorry for the delay on my column, but I’m still in a Christmas daze. Santa really hooked me up with a ton of film and music memorabilia so I have been busy enjoying my gifts way too much and have lost track of time. During Christmas my family and I have several traditions: watch “Christmas Vacation,” enjoy ham and turkey (preferably from Honey Baked) for lunch/dinner, and watch “Bad Santa.” Since its theatrical release in 2003, watching “Bad Santa” with the parental units has become tradition and what a wonderful tradition it has become. 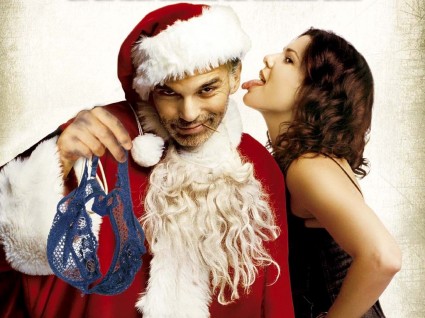 Forget “It’s A Wonderful Life,” “Christmas in Connecticut,” or any other overplayed, cliché classic film on TV, “Bad Santa” is one of those rare Christmas films you can actually enjoy all-year round. From the first trailer I saw until the last time I saw it (two days ago), “Bad Santa” still holds up and makes me laugh every time. 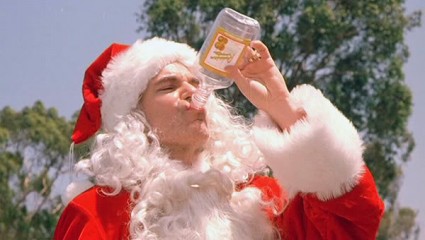 “Bad Santa” tells the story of two-con men, Willie (Billy Bob Thornton) and Marcus (Tony Cox), who pose as a mall Santa and a helper elf during the Christmas season. The movie opens up with the dynamic duo celebrating a recent score, but Marcus has his doubts about the future. Marcus contributes Willie’s deteriorating safe-cracking skills to his absurd alcohol consumption and doesn’t believe Willie “will retire” or start his own bar in Florida without “drinking it out of business.” 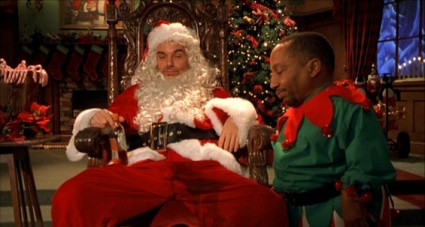 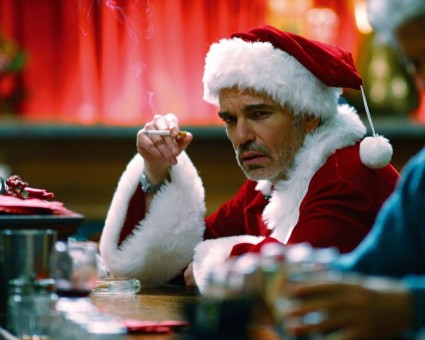 Eventually the duo finds themselves in Arizona and get off to a rough start with store manager Bob Chipeska (John Ritter in his final role) upon their introduction. However, things really get interesting when store detective Gin (Bernie Mac) is alerted of Chipeska’s suspicions, a sex-crazed Santa loving bartender (Lauren Graham) starts seeing Willie and ‘The Kid’ (brilliantly played by Brett Kelly) becomes friends with Santa/Willie. Adult humor runs rampant throughout so considered yourself warned because this isn’t your typical Christmas classic. 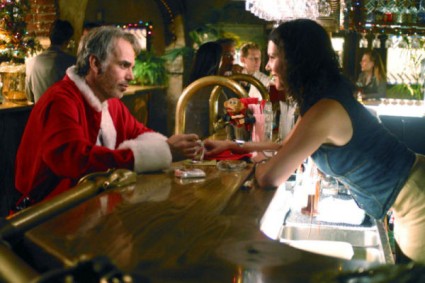 Directed by Terry Zwigoff (“Ghost World”) and written by Glenn Ficarra and John Requa (“Crazy Stupid Love”), “Bad Santa” is a charming, crude film that leaves you yearning for more. Both ‘The Kid’ and Tony Cox steal the movie with their wonderful reactions and sharp dialogue, particularly Cox. As for Billy Bob, he was born to play this role and I do hope the long-rumored sequel does come into fruition. By the way, watch out for the cameo by a recent Academy Award winner in the hotel scene. 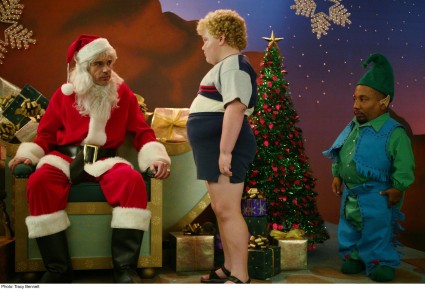 Around 2008, Billy Bob Thornton started making news he was “semi-retiring” from acting and would be pursuing a music career with his band The Boxmasters. Fortunately for me, I attended a CD signing of Billy Bob Thornton’s and his band mates at the old Westwood Borders. They were promoting their debut CD on June 10, 2008, with a performance/signing, which turned out to be a very intimate event. It was primarily composed of family/friends of the band and Billy Bob fans, including my two friends Dan and Jon (maybe around 50 to 100 people max).

Hardly anyone knew about the event and it totally worked out in my favor. I bought two CDs (which I gave away as gifts) and an LP to get my “Bad Santa” and “Sling Blade” DVDs signed. My friends Jon and Danny got the CDs signed while I managed to get Billy Bob’s autographs on my DVDs and LP. On a side note, the CDs (used) now go for over $50 on Amazon while the vinyl goes for $40. Who would have guessed?

Billy Bob Thornton was quite charming and super friendly throughout the event. They played several songs before signing and it seemed perfect for a photo opportunity with the band, but the “lovely” Borders event coordinator with the wonky eye was not super friendly (You can now see her at the Grove Barnes & Noble). She is such a stickler for the rules, even if the signer(s) agree to a picture.

Oh well, but I managed to get all of my things signed. In hindsight I might have been able to get more signed with my friends asking, but didn’t want to seem greedy getting more than two additional items signed.

However, this signing illustrated a very valuable point: celebs love to change their autographs frequently (even at the same event). When my friends and I finished the signing line we all compared autographs and were shocked with how drastic Billy Bob’s signature changed from each item. Now these weren’t small changes, but huge differences. If you take a look, here’s “Bad Santa”, 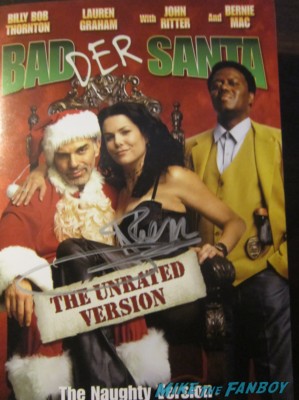 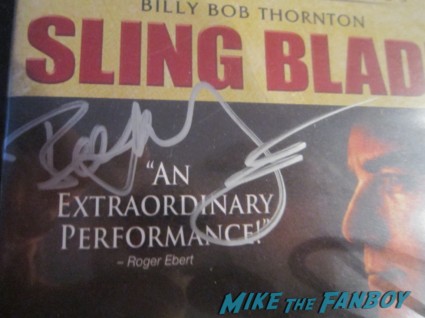 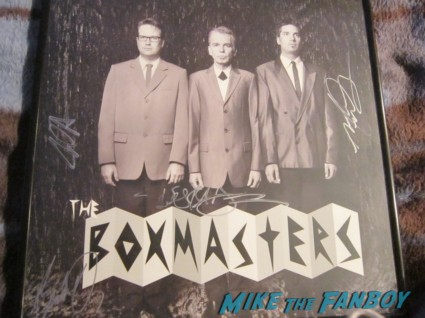 They were all signed one after the other.

Even though we received five autographs in a row, we all received drastically different signatures from the same individual. Still, Billy Bob was the man and will always be “Santa” in my mind. Until the next time, happy autograph hunting! 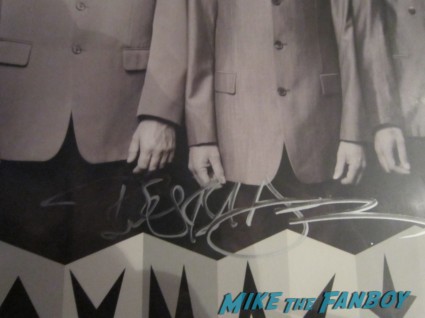