There are certain films that stick with you long after the are gone. You just can’t seem to get them out of your mind, films like The Shining, Natural Born Killers, Showgirls…. You get the idea… I’m only half kidding on that last one.

One such movie is most definitely A Clockwork Orange. It’s iconic imagery and subject matter made Malcolm McDowell a household name and is one of Stanley Kubrick’s classic films.

For this weeks Cult Classic Corner, Jack talks about meeting Malcolm McDowell at an autograph signing and his love for this violent caper.

Certain films have been placed on a pedestal and can never live up to the hype, yet you’re drawn to them. For me, “A Clockwork Orange” is one such film. Don’t get me wrong, “A Clockwork Orange” is a fantastic film, but it took me several viewings to fully appreciate it. Whether or not you’re a Stanley Kubrick fan, this is arguably one of the most mesmerizing, yet disturbing films ever created. 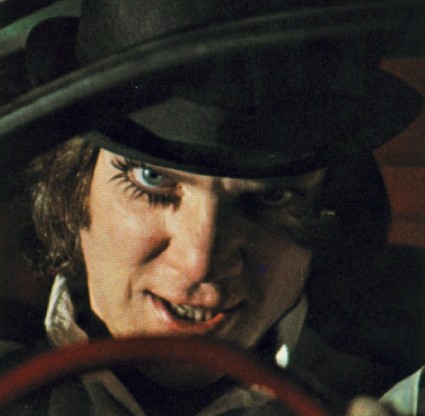 Malcolm McDowell plays sociopath delinquent Alex, who reeks havoc with his “droogs” Pete, Georgie, and Dim throughout the city. Whether it’s beating up vagrants, seducing young women with classical music (Beethoven) playing in the background or invading homes, these despicable scoundrels capture the disturbing images of a dystopian Britain. The charismatic Alex (McDowell) should be a contemptible character you should absolutely detest, yet his charm is overpowering. 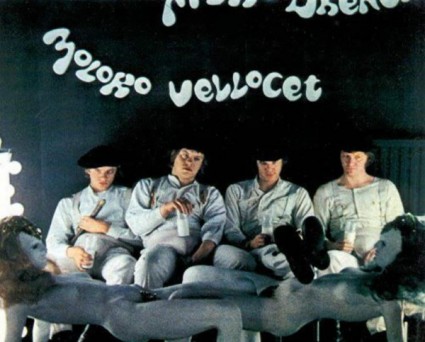 “A Clockwork Orange” is a captivating film analyzing social commentary involving youths, rehabilitation, psychiatry and many other riveting subjects. Besides “2001: A Space Odyssey” this is easily Stanley Kubrick’s “other masterpiece” everyone should experience. Originally rated “X,” the film garnered four Academy Award nominations (including Best Picture) and pushed the limits of violence and morality in film. 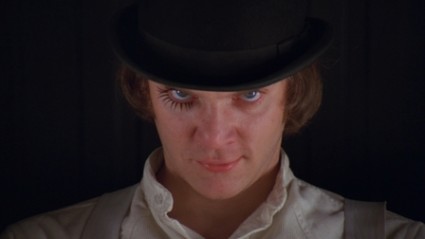 Over 40 years later, this landmark movie still holds up and emits squeamish responses from unsuspecting viewers. At a recent midnight screening, the amount of gasps during the “Singing In the Rain” sequence was unbelievable and is a testament why this film persists as a cult classic film. Even friends who have never seen the film recognize the iconic character of Alex and the legendary “white film poster.” Still, if you aren’t prepared for a shocking politically charged film, don’t discover this film otherwise you have been wisely warned. 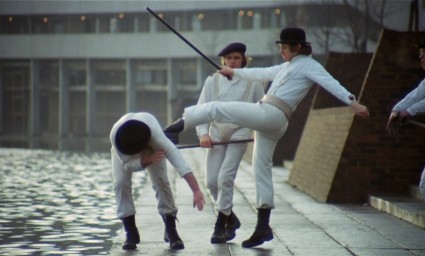 About two years ago, Dark Delicacies hosted an autograph signing for the “Halloween 2” DVD/ Blu-ray release with Sid Haig (“Captain Spaulding”) and Malcolm McDowell. Besides his iconic role in “A Clockwork Orange,” his roles in “Entourage,” “Caligula,” “Tank Girl,” and “Mr. Magoo” have always been personal favorites and was someone I always wanted to meet. Over the years, he has become one of Hollywood’s go-to villains, but is one of the kindest people you could meet.

Unlike previous signings at Dark Delicacies, this one required an additional fee to have your DVD signed by either actor. McDowell and Haig would sign “Halloween 2” for $10 (on top of the DVD/Blu-ray price) or any additional items for $25 and $20 respectively. Due to these additional fees and after much criticism, Dark Delicacies no longer required patrons to buy “Halloween 2” to get their items signed. Considering I had an alternative laserdisc for “A Clockwork Orange” I opted to just pay for McDowell’s autograph at $25. By the way, it was the actors’ policies and not Dark Delicacies to require the additional fees besides purchasing the required item(s) (This was the FIRST and ONLY time this has ever occurred at the store as of the time of this writing). 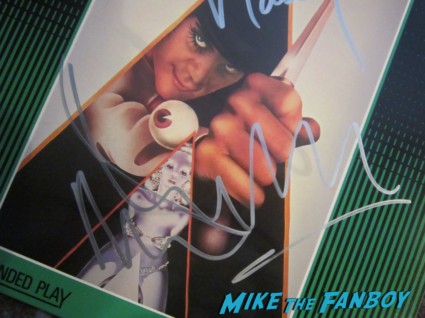 Since I had to pay an additional fee I chose not to purchase “Cat People” on DVD and the “Halloween 2” DVD because paying close to $100 for three autographs was not worth it to me. Most of the people at the event were super excited to meet Malcolm, but both guests were very accommodating despite a chatty crowd. I have met Sid plenty of times at various conventions, but I had never met Malcolm so I remained focused to just meet him. After paying my $25 to a handler, Malcolm grabbed my laserdisc and was pleasantly surprised. In all his years, he had never seen “this version” of the laserdisc and loved the item. After personalizing it and adding “Viddy Well,” he gave me a nice large autograph in silver. 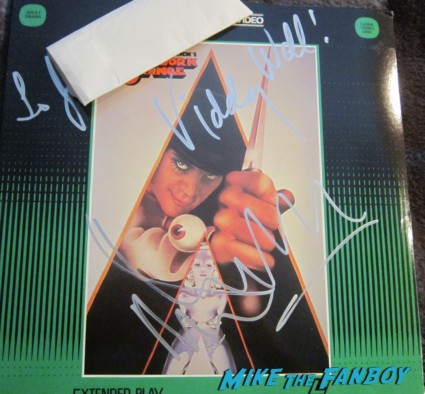 He was more than happy to discuss his role on “Entourage” and we even joked about what would occur during season eight (the final season). After discussing some possible storylines, Malcolm gladly obliged my request and took a photo with me. I honestly couldn’t have asked for a better experience. Until the next time, happy autograph hunting! 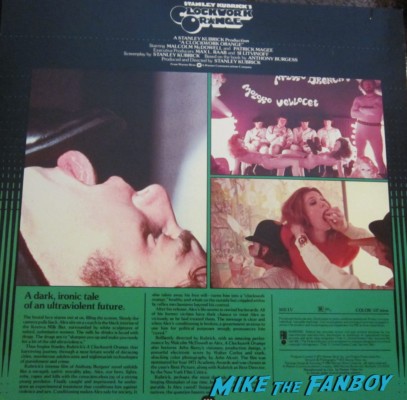