It’s Cult Classic Corner! I have to admit that I’ve never seen The Wrestler. I know, I know… I’m a horrible Fanboy. It’s true.

I’ve heard amazing things about it, and I like Darren Aronofsky so I need to check it out. Jack loved the film and met not only the star of the film Mickey Rourke but also Darren Aronofsky!

Fall has finally arrived and we all know what that means, awards season is right around the corner. Every year studios and small distributors make a push for their Oscar bait films and its always fascinating to see who comes out of the woodworks. Already this month several notables have come out to promote weird films like James Franco, Forrest Whitaker, Emile Hirsch, etc. just to garner some buzz. However, one of my all time favorites in recent years was “The Wrestler” with Mickey Rourke. 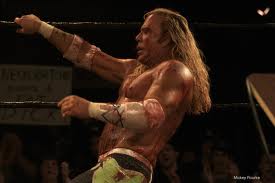 Mickey Rourke is the poster child for what NOT to do with your career and somehow he was given a chance. Darren Aronofsky envisioned a film about an aging, washed up wrestler and hoped to work with Rourke. Not only did he get his chance, but also attracted some of his best reviews for his career (until “Black Swan”) and seemed like a strong contender during awards season. 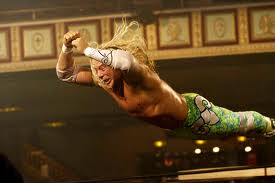 “The Wrestler” stars Mickey Rourke as the namesake character and stars as Randy “The Ram” Robinson, who is struggling to make ends meet as a has-been wrestler and part-time deli clerk. However, he finds himself by developing a relationship with a dancer played by Marisa Tomei and reconnecting with his daughter (Evan Rachel Wood). 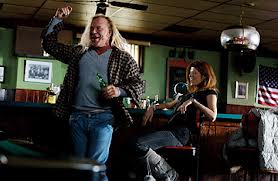 This is one of my favorite films released in the past five years and holds up so much. Its funny how we get overwhelmed during awards season, but its disappointing when films like “The Wrestler” were passed over for inferior films (in terms of awards). Bruce Springsteen’s “The Wrestler” was completely robbed of an Oscar nomination and win, but it’s Rourke’s performance that will leave you in tears! Man this movie is so good. 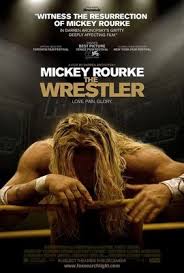 When the film came out I was extremely fortunate to meet Mickey Rourke during his comeback tour and got him to sign some Sin City stuff, but it would be during “Black Swan” that I finally got to meet Aronofsky. Darren was pretty laid back, but has an unseal autograph (he only signs his last name). At first I was, “what the hell?” but after seeing my friends at the same event I was pretty stocked how nice mine came out. Until the next time, happy autograph hunting! 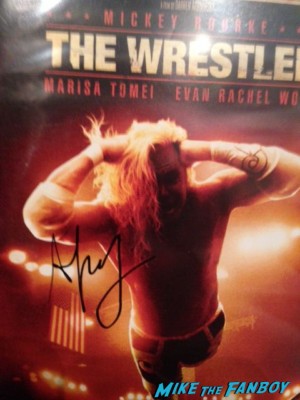