I never thought I would be posing the question… What does Argo have to do with South Park? However, thanks to Jack and this weeks Cult Classic Corner I am! Who knew the Oscar producer had a soft spot for the Trey Parker and Matt Stone cult classic film.

I have to tell you, being from the land of Maple Leaves and Hockey, Blame Canada has haunted me a little bit over the years. It’s cool though, one thing about us Canadians is that we can take a joke.

This week’s Cult Classic Corner needed the Academy Awards to decide what film I would write about. Every week I pick out a cool cult classic film and recently two fun films popped in my mind. Thanks to “Argo” winning Best Picture I decided to write about “South Park: Bigger, Longer and Uncut.” 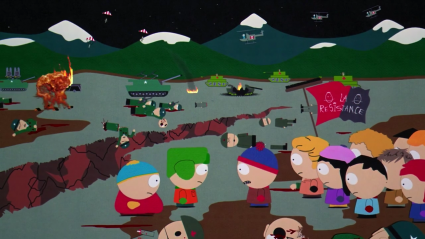 Four Emmy Awards and over 200 episodes later, “South Park” persists as a formidable cult classic TV show on Comedy Central. However, there was a time when uncertainty lingered over the beloved show during its early years. Believing the phenomenon was “over”, Trey Parker and Matt Stone decided to create an ambitious, vulgar, and obscene movie parody musical. Their risky move proved successful and the film became a box office success. It solidified “South Park” as a mainstream brand and the franchise became the most popular primetime cartoon since “The Simpsons.” 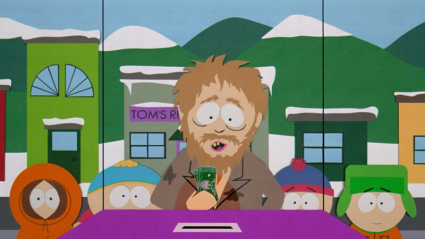 “South Park: Bigger, Longer, and Uncut” tells the story of Stan Marsh, Eric Cartman, Kyle Broflovski, and Kenny McCormick wanting to see the new Terrance and Phillip movie “Terrance and Phillip: Asses of Fire,” but are initially unable to see it due to its ‘R’ rating. After paying a homeless man to pose as their chaperone, the boys manage to see their favorite Canadian comedy duo on the big screen. However, they are exposed to foul language for the very first time and pick up some bad habits. Soon everyone at South Park elementary has seen the film multiple times, but none of them can stop cursing. 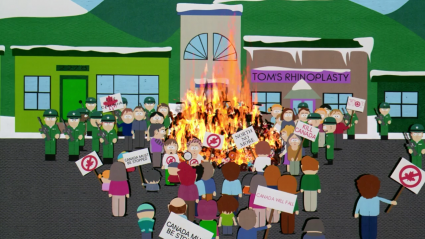 Eventually Sheila Broflovski, Kyle’s mom, decides to lead a campaign to stop Terrance and Phillip and have them executed for corrupting America’s youth. Unbeknownst to her, if their blood is spilled on American soil Satan will be released from Hell and will be able to take over Earth with his lover Saddam Hussein. 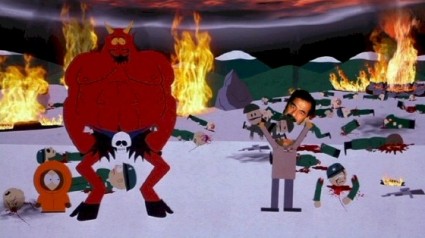 Throw in the Academy Award nominated song “Blame Canada” (That isn’t a typo), “Mountain Town,” “What Would Brian Boitano Do,” “Kyle’s Mom’s A Bitch” and others, the “South Park” movie is an awesome, offensive cult comedy worth discovering. I grew up watching the “South Park” franchise evolve and vividly recall reacting to every season with awe. Even now when I reflect back on the film, it’s one of those “childhood” films that still holds up. 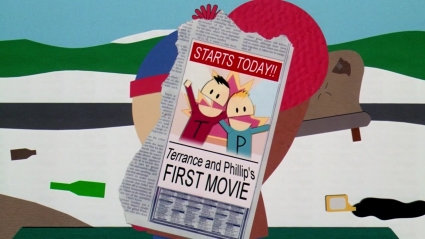 Now I bet you’re asking yourself, what does “Argo” have to do with “South Park”? Well, one of TV’s greatest doctors, George Clooney, does a voice cameo and when I met the Academy Award winning filmmaker I brought along my DVD copy. Needless to say it was an interesting night.

Back in November 2011, George Clooney and the entire cast (literally) of “The Descendants” were out promoting the film at the LACMA. 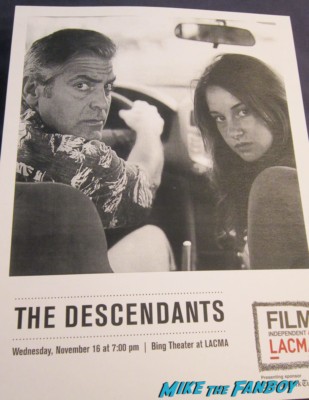 Matthew Lillard, Judy Greer, Shailene Woodley, Beau Bridges, Nick Krause, Robert Forster and Alexander Payne were there with George Clooney. Talk about a rare treat for the entire cast to show up! 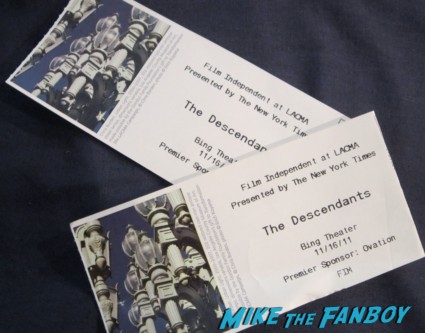 Even though I brought stuff for everyone, I only cared about meeting Alexander Payne and George Clooney. During the Q&A, security was very strict scolding people taking pictures and I only managed to take a few blurry pics before being asked to stop. 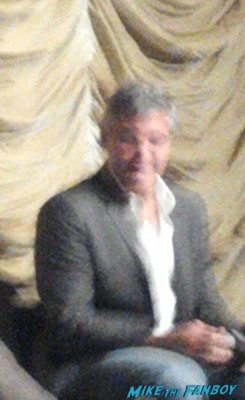 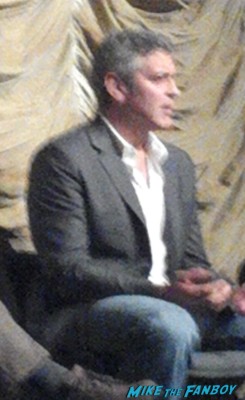 Once the Q&A ended, the cast trickled out as everyone flocked for Clooney and Payne with the latter staying for a few moments. Just as Clooney was taking off, my “South Park” DVD caught his attention. He enthusiastically grabbed by DVD and had nothing but nice things to say about Trey Parker and Matt Stone. For 30 seconds I got to talk with Clooney and what did we discuss? South Park and I loved every moment of it. Honestly, George Clooney might not have the greatest autograph, but he is definitely “Autograph Hall Of Fame” worthy. Until the next time, happy autograph hunting! 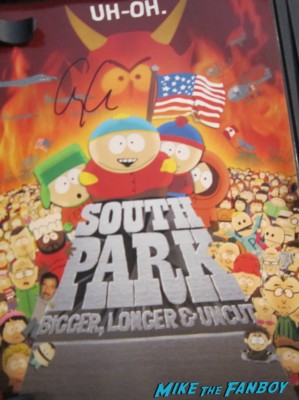