Guys, I am so stoked! We need a big… and I mean HUGE Mike The Fanboy welcome to our newest contributor, D-Man! Now, D-Man hails from the Land Down Under! Yep, all the way from Australia! I freely admit I don’t know much about the Aussies, except I love me some Baz Luhrmann, Kylie Minogue, Chris Hemsworth, and that the Facts of Life visited there for an ill-fated 1987 TV movie. I’ve always wanted to visit the Aussies however, and in fact Anushika and I talked about going down there just the other day.

So, when D-Man said he wanted to shoot me over his report from the Real Steel Australian Premiere, you can imagine how jazzed I was! Plus, I love hearing about how different things are in other countries in comparison to where we are in the City of Angels!

Check out the D-Man’s full report after the jump!

Today I was going into the city to watch a movie, as I came out of the train station I looked across the road at the movie cinema which sometimes has premieres and saw a lot of orange barriers and thought to myself there has to be a premiere there tonight. This worked in my favor as I also wanted to go to one and now I would get the chance. I turned out be even better as it was Real Steel and Australia’s own Hugh Jackman was attending. 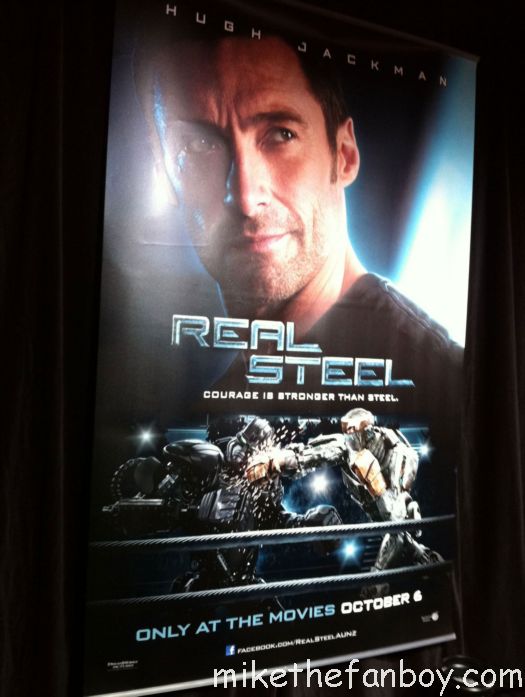 I watched a movie but I can’t remember what it was and as soon as it finished I had a look at the setup and was going to get a spot at the beginning of the carpet but as it was on the sidewalk the police kept on telling everyone to move off. As I made my way up the movie complex along the carpet I noticed most of it was for the media and wouldn’t get anything standing there but right at the end there was only 2 or 3 people standing around as it starts at 6 but realized for Hugh and the local celebrities attending they would have to walk past me to get to the movie so fingers crossed I’ll get lucky.

I thought to myself now what am I going to get them to sign and realized I had nothing in my bag as I didn’t realize there was going to be a premiere so I had to rush to a newsagent and by some index cards and of course they had no sharpies so I had to get two whiteboard markers, I then rushed back and noticed that no-one else was here and that the carpet looks really cool even with a little stage set up like a boxing ring. 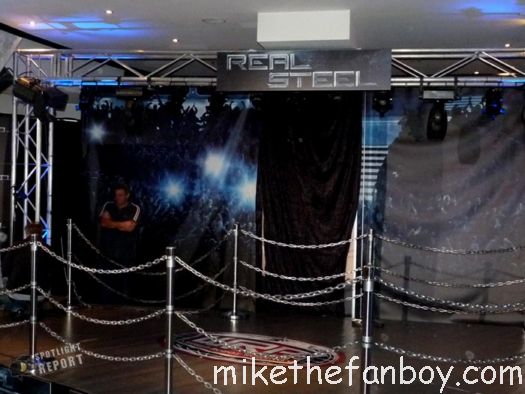 As it was getting closer to six the media started lining the carpet in their areas and slowly more and more people started filing the area around me. I have a perfect position as I can watch a spot on the carpet where all the guests have to stand and pose for photos so I can see who is coming. 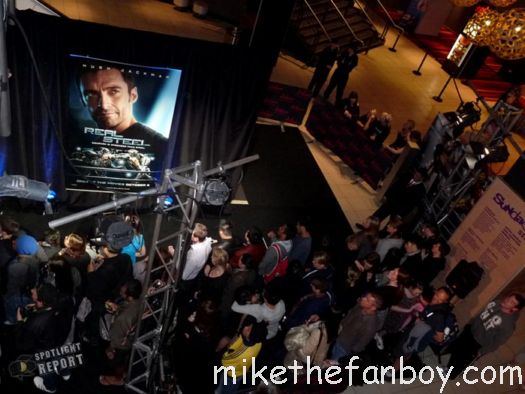 The first person I spot is Lincoln Lewis and his girlfriend Rhiannon Fish (Home and Away stars) posing for photos they then make their way over to us and start taking photos and signing whatever people have, they are very talkative and fan-friendly. 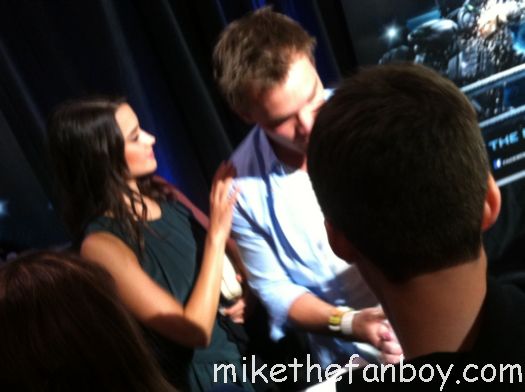 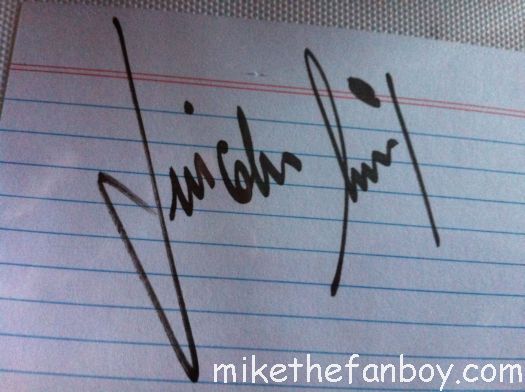 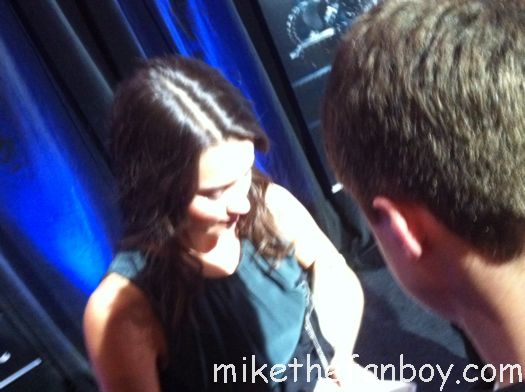 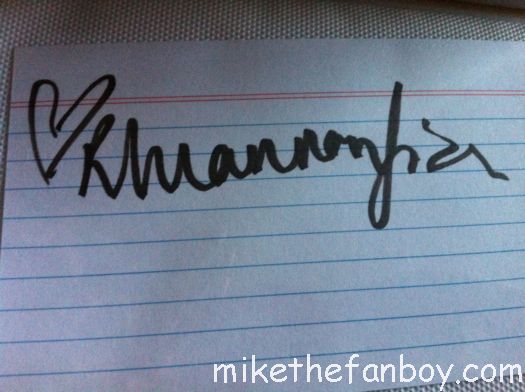 The next people are Nathan Bracken and his wife Haley (Australian Cricketer) they are both fan-friendly especially Haley. 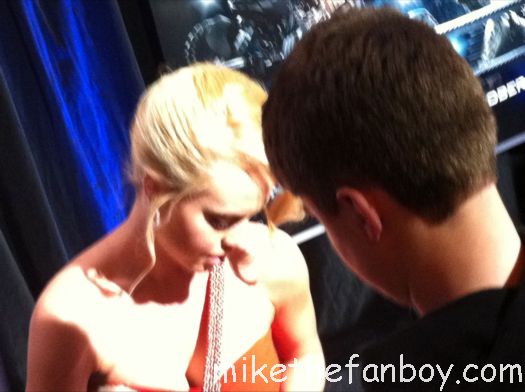 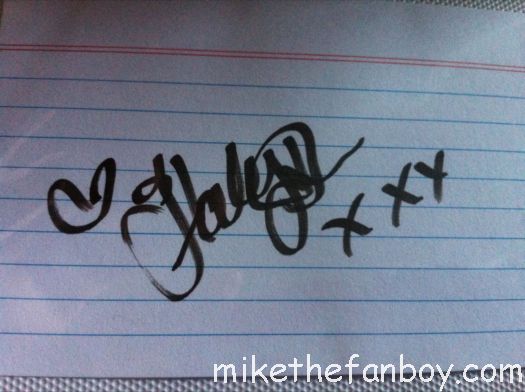 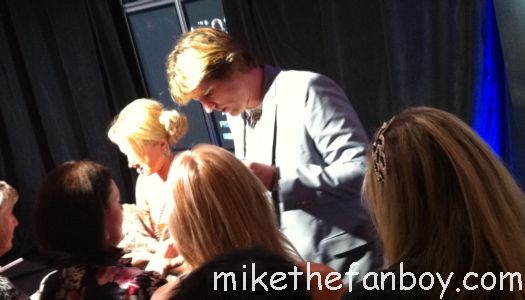 There are a lot of people screaming at the beginning of the carpet so I think it is safe to assume Hugh has arrived. 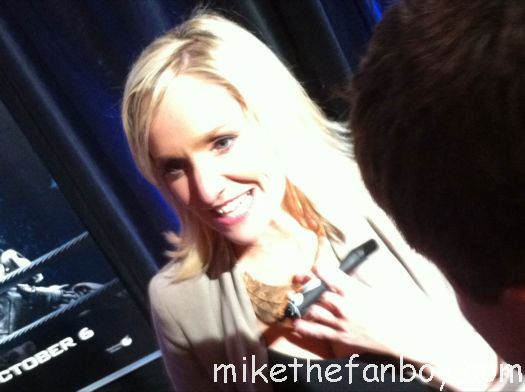 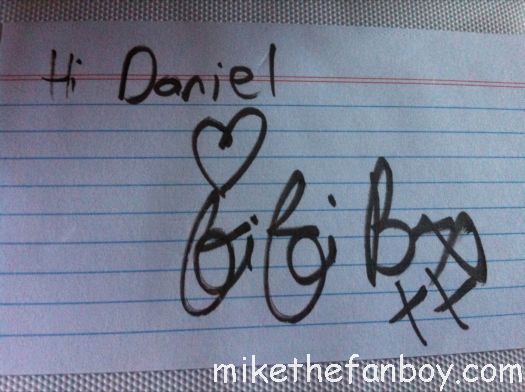 Fifi is extremely friendly and keeps asking people if they have seen the movie to see if any fall for it. 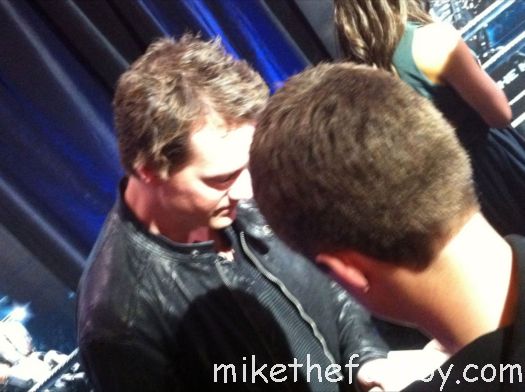 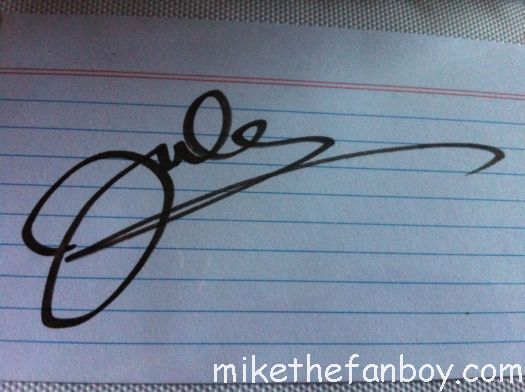 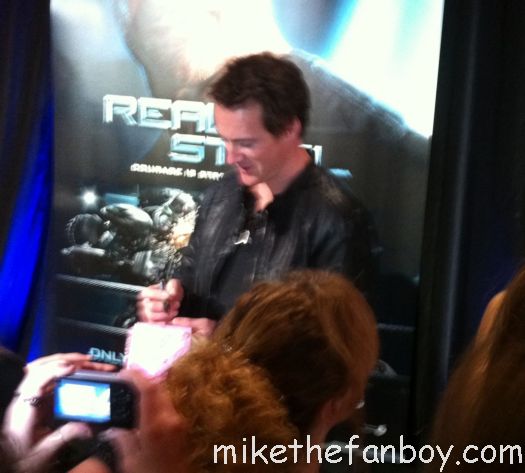 Brian McFadden (Singer) is next to come over and is signing for everyone but isn’t talkative. 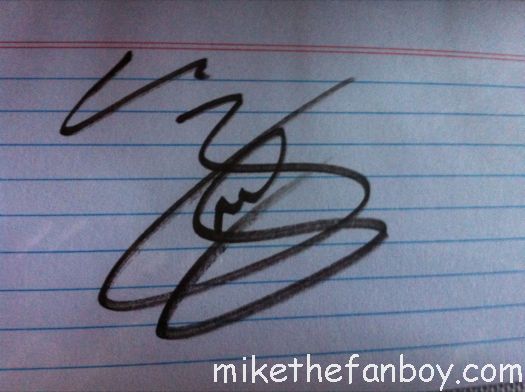 Hugh is now posing for the media and I quickly look at my phone to see the time it is 7:15 the movie was supposed to start at 7 so I don’t think it is going to be good he is starting to walk over and people are rushing him as he delayed the start I am holding out an index card and my whiteboard marker and he picks up the marker and signs for me and then keeps walking down and signs for probably only 2 others and then runs back and gives me the marker back. 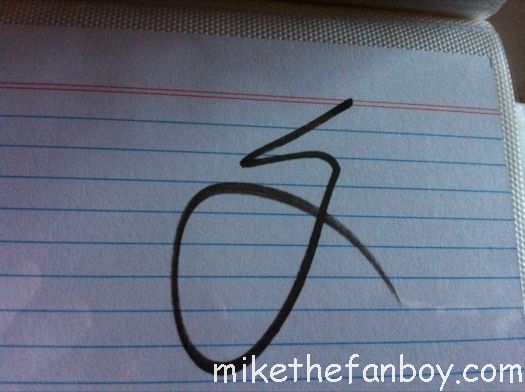 I have a video and you can see Hugh stops for a lady to take a photo but she didn’t click the button. I heard Hugh was very calm and signed everything for everyone and took photos and gave them the full Hugh Jackman signature not the one I got.

Overall I had a great time and very pleased with my first ever premiere, I am also 1/1 for getting the big celebrities from the movie attending autographs. My next report will be about the Puss in Boots Premiere which was a massive success.

I also have a question for Mike, CB and Anushika when you say posters what do you mean and how do you get them.

(Editor’s Note: Here in the states a lot of times they will put out free mini posters at the theatres. We just keep our eyes open. And sometimes Erica and I will even do a poster run to all the local theatres in town! M-)

Check out some more autographs D-Man got at the premiere below! 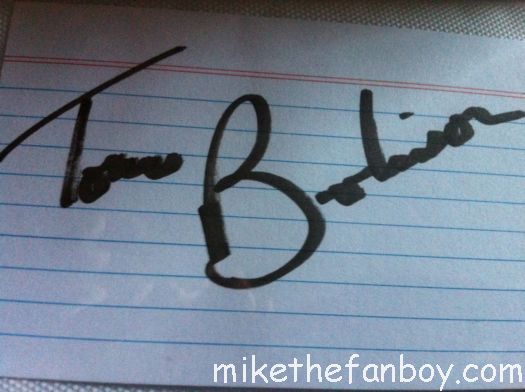 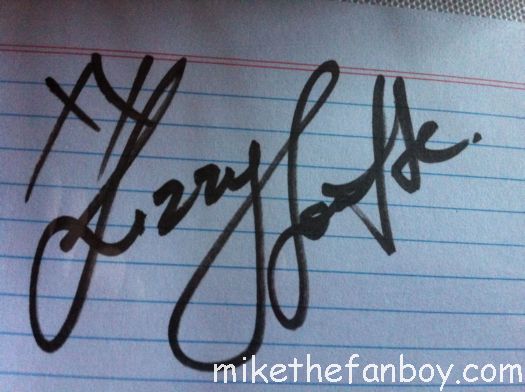 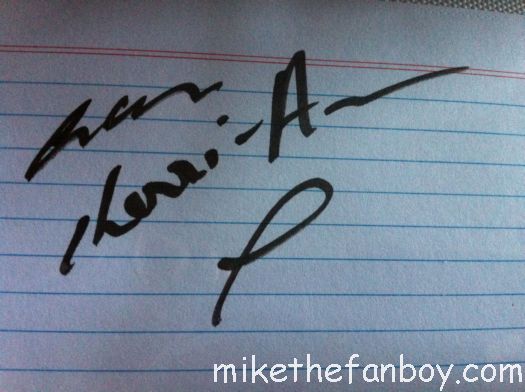 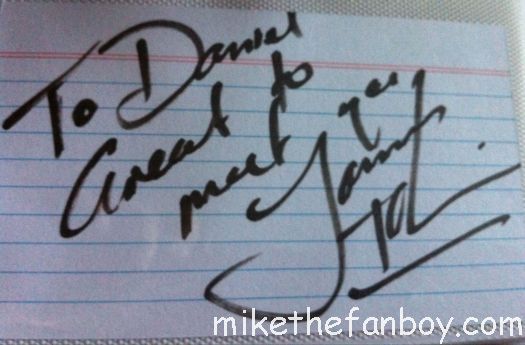