**Disclaimer- This Article Will Cause You To Sing Pocketful Of Sunshine for HOURS! LOL**

I was going through my inbox and up popped an old email from Dallas and I was like, “Hey! What happened to Dallas!” I literally said that. I know I’m a dork, what can I say. So, I sent Dallas and email that said, “Yo bro! What’s going on?” and so the old adage ask and ye shall receive holds true!

Okay, back to the subject at hand! Check out Dallas encounter with the singer below! And Dallas don’t be a stranger brother!

Hello Mike the Fanboy readers! Long time, no speak! Living here in good ol’ South Carolina, not many opportunities for a celebrity meet and greet so I haven’t had anything new to post for everyone to read. After getting an email from Mike asking if I had a report, I figured I would write about one of my FAVORITE encounters from this past summer. I have always loved Natasha Bedingfield, she is such an amazing singer; I didn’t know what to expect going in to her concert but I tell you I wasn’t disappointed a single bit.

I won tickets on Twitter for 2 to attend Natasha Bedingfield’s show at the House of Blues in July of 2011, One Tree Hill star and “99 Times” songstress Kate Voegele was opening up for her and I thought it would be a great show. So, I took my trusty friend Presley, who you’ll remember from my Maria Menounos and Michele Bachmann reports, and we headed down to see Natasha!

5:54- The show is scheduled to start at 8:00 so we’re here at 6, doors open at 7. There’s a small line outside the venue, but not bad, we go to will call and pick up my tickets (Thank you Live Nation and your phenomenal Twitter contests!) and wait in line.

7:04- After waiting around, doing some random surveys for the odd promoters standing outside of the venue the security finally starts to move and the doors open. We rush in and get a great spot, 2nd row center left of the floor and mark our territory for the next 5 hours.

8:04- When the curtain finally rises we’re thrilled to see a very bubbly and cute Kate Voegele who puts on a 30 minute set for us. She is really sweet, but sometimes her band was overpowering her voice. Of course I was there with my handy dandy iPhone in hand, I found a new app and it was a contest Kate Voegele participates in on her tours for sharing photos during the show and checking in that you earn points and the person with the most points won a signed Kate CD. I was thrilled to win that, first autograph of the night! ;)  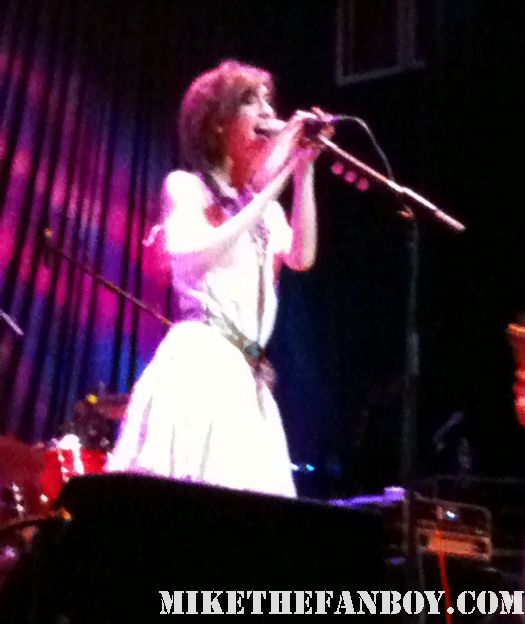 8:38- When Kate wrapped up her set, she said to make our way to the top of the stairs that she would be signing autographs for fans at her merchandise table, when a lot of people began walking up, Presley and I aren’t stupid, we stayed still and kept our amazing spots to see the lovely Ms. Natasha Bedingfield.

9:00- After a stage change, we see Natasha standing over in the side of the stage in the back, the music starts to play and her band walks out. After four or five minutes of instrumental, she walked out onstage as energetic as possible to her popular single from her last album, “Neon Lights”. She welcomed the Myrtle Beach residents to the show and said we were going to have some fun tonight.
    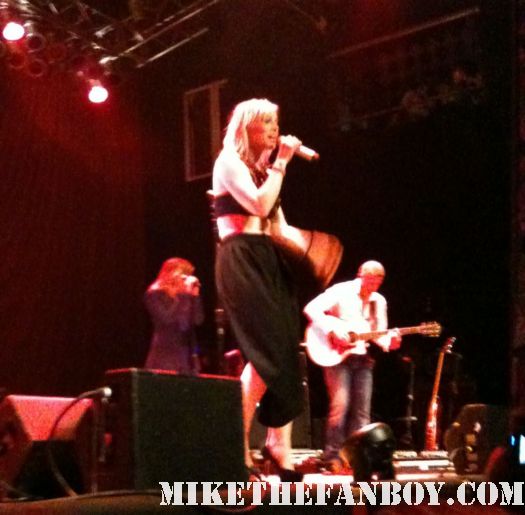 11:45- Over two and a half hours long and the girl hadn’t lost a bit of energy, from performing every single song she had ever recorded to popular covers like a rendition of Prince’s “Purple Rain”. 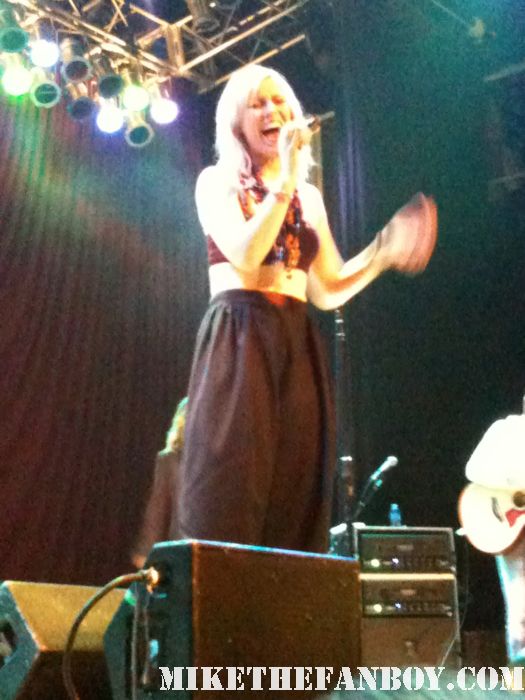 She said that she would be signing autographs at the end of the night at her merchandise table. That shocked everyone, as she was the main act and no House of Blues artist ever usually does a public meet and greet. She said she had a couple more songs left in her though (:

We were waiting for her most famous song, “Unwritten”, as we knew that would be last. When we heard two or three verses, we started walking towards the top of the stairs so we could beat the line.

11:51- Sadly, a good bit of people also had the same idea as we did and we were waiting about halfway down the staircase.

11:58- Natasha wrapped up the show, thanked everyone for coming, we loved every minute of it; it was the longest non-stop show I believe I had ever been to, it was so amazing. She took a 30 second break every now and then to take a sip of water but she would laugh and joke with the crowd and just keep going.

12:21- After waiting a little while, security came out and made an announcement that if we made a single file line Natasha would come out, sign autographs if we bought something at her table but wouldn’t be doing any type of photography to put all your phones away and not to ask for personalizations.

12:29- Crowd had gotten a little angry with the rules that they must buy something, but we waited anyway and after the forced the single file line, we ended up down back near the floor area of the stage and have a long line. We weren’t giving up, as big of a fan of Natasha as we were, we were staying.

12:31- Natasha came running out and said that she was excited to meet everyone.

12:53- Line moved pretty quickly, I was so excited to see; the woman was breathtaking up close, so so gorgeous.

12:57- When we got up to her she was so British and so cute, she said Hi guys! I bought a CD because I wanted to make sure I got an autograph, and she was so cute, we both had trouble getting it open, and I introduced myself and asked her if she could personalize the CD to Dallas, and she was like oh sure, no problem you’re the first one to ask me tonight I was surprised, I wanted to be like yeah because the stupid security was putting all these stupid rules on us and your perfect in every single way. They also said she wouldn’t sign anything not from the merch table, but Presley didn’t have any money with her so I whispered and asked her if she could sign her ticket pretty please and she like oh sure no problem baby. It was such a great fan moment. 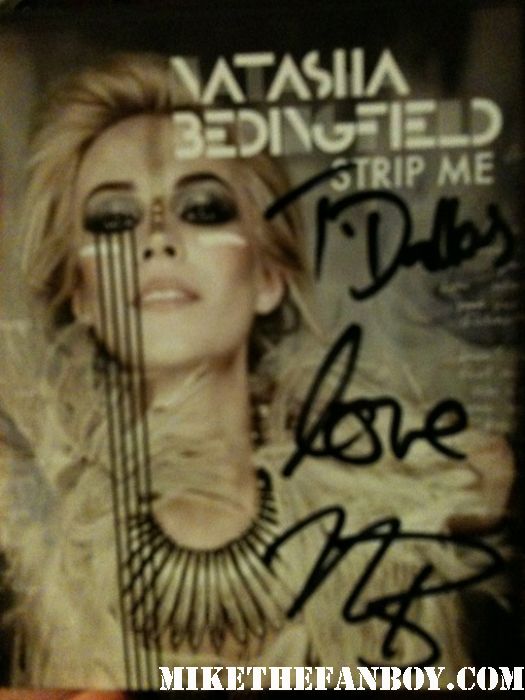 Thank you Natasha for being amazing! I thought when we were leaving that she gave everyone crap signatures and then I got home and looked it up to realize that she always just signs her initials.
 
I was amazed by her; she sang four 3 hours non-stop and then she signed for 30 minutes straight until she got to me, I left, she had at least an hours worth of people left waiting in line and I didn’t hear any reports about her leaving a single fan empty handed.

My hat is off to you Natasha Bedingfield.

Thanks for taking the time to read this *very long* post. See you soon my Mike the Fanboy family! 😉