Home / Fanboying! / DAMON! The Good Will Hunting Star Is Out Of This World Awesome! Autographs! Photos! And More!

How can you not love Matt Damon?

I have to tell you, I’m really excited to see The Martian. It looks like such an interesting film and with Ridley Scott at the helm, I think it’s going to be a great ride.

Matt was out and about this week, and of course I have a stack of things for him, hello it’s Matt Damon! I swear I never realize how many magazines I have for someone until I start to get them all together.

I headed down to the venue after work and there were a couple of other guys waiting. The sun was beating down, but it wasn’t too bad. I know Matt’s really nice, so it shouldn’t be too difficult, but you just never know with the amount of people who show up places these days.

I brought a mini poster for The Martian along with a Bourne mini poster as well. Plus, don’t forget my magazine stack.

After a little while I was joined by Tim, who stationed himself in the front, while I was in the back. You never know and it’s good to cover both options.

Time was ticking out and other people started to arrive but no Matt.

Then we spotted Matt Damon’s car. There were about 8-10 people here now and everyone lined up just automatically. It was sort of odd to see the organization happen spontaneously, if you told me that this could happen I wouldn’t believe you.

Matt arrived with his family and they all got out of the car. We didn’t rush him, we waited for him to come over and sure enough Matt came over and said, “Hi guys!” 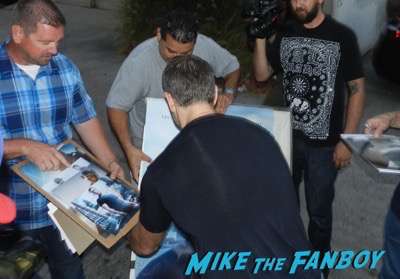 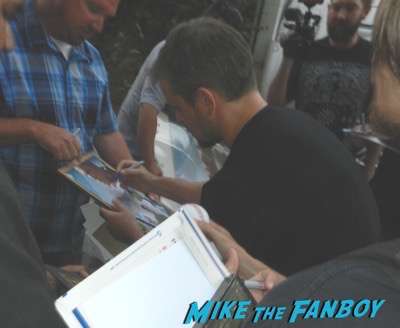 He signed up a storm, he signed both of my mini posters in gold and then waited as I fumbled through all my magazines as well. He was so nice, just very chill and everyone got what they wanted. 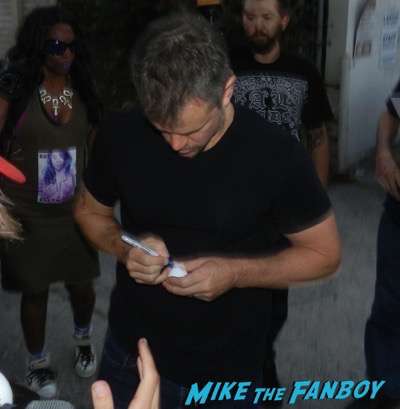 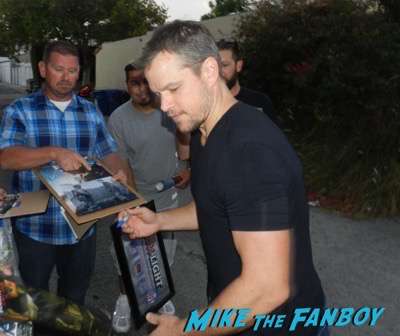 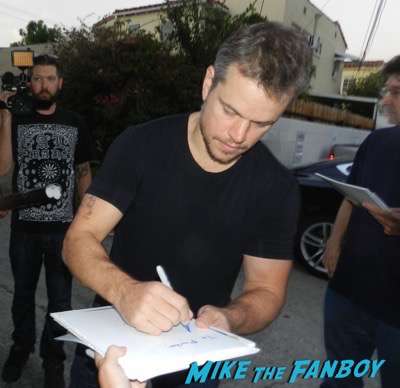 He was in a great mood and then posed for photos with whoever asked. Super cool. 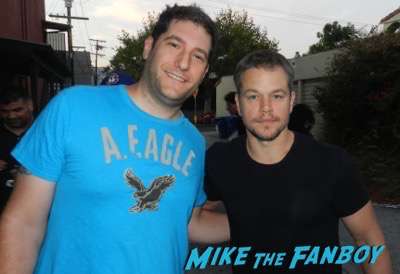 It was a fun day and fairly quick. Can’t ask for much more than that! 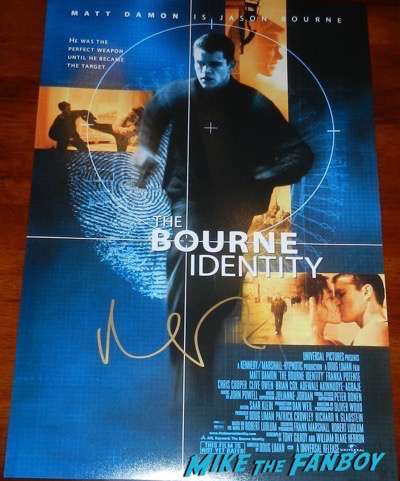 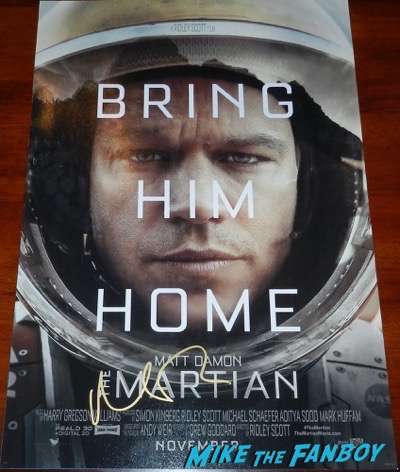 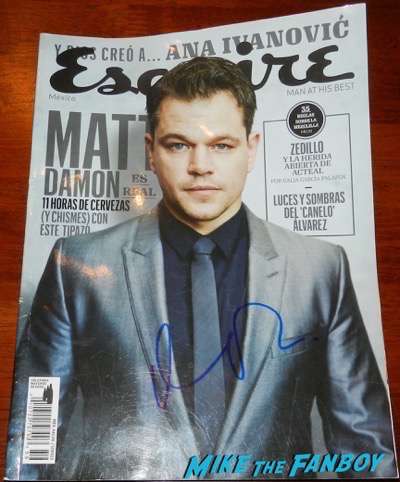 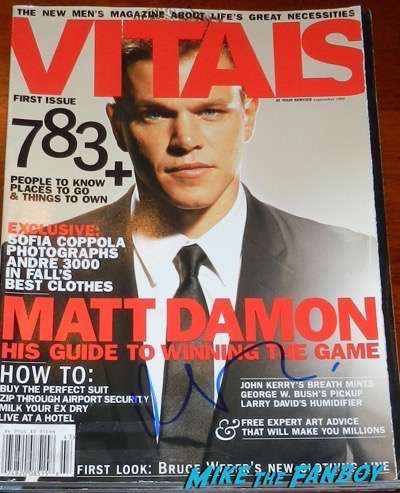 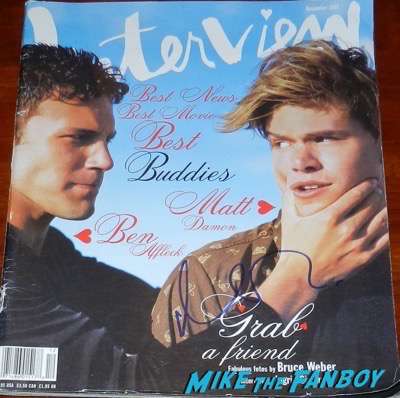 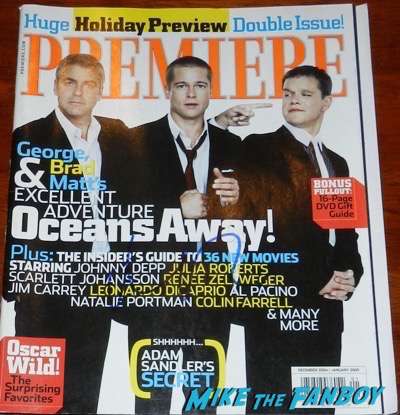