Who doesn’t love the Harry Potter series? I mean it’s iconic for so many reasons, and it’s star Daniel Radcliffe is always so awesome to his fans. Seriously, he really goes out of his way.

Pinky headed down to a local talk show to meet Daniel and had an amazing moment with the star!

Hello, my lovelies. Pinky Lovejoy-Coogan here thinking about timing. Now, we all know that timing is everything, but in a collector’s world, it can be the difference between an amazing experience and a horrible fail.

You’ve all heard our tragic stories of missing someone by a few moments and it’s completely devastating. One of my biggest fails happened at Sundance last year when we were trying to get a picture with Daniel Radcliffe. Unfortunately, due to a variety of circumstances (traffic, being dropped off in the wrong place, etc.), we missed him by TWO minutes. TWO minutes!!!  To say we were disappointed would be the understatement of the year and I’ve been regretting the whole thing ever since. 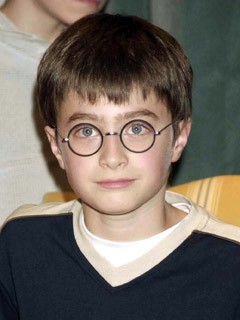 So, when I saw that Daniel was going to be on a local talk show, I knew I had to try and meet him. Scotty had gotten there around noon and said there were tons of people. As I checked in with him from work, he kept telling me I should hurry, so I finally left and rushed over for the long wait. And let me tell you, it was a loooong wait in the blazing heat. People were sweaty, there was a lot of cutting in line going on, and we couldn’t really tell if Daniel would do it. 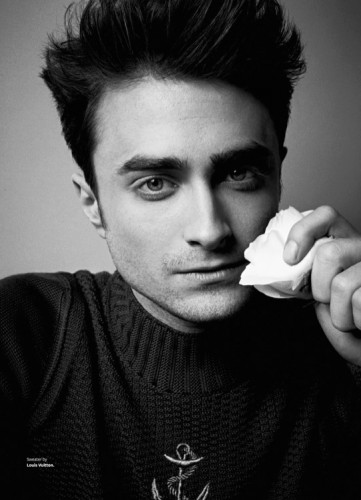 Although I’d heard he was nice, when he arrived, the car dropped him right at the door and he didn’t even wave. Yikes. Not a good sign. Still, we held out hope that once the show ended, he’d come over. Security was really good about putting enough barricades up – there were way more than they had for Tom Cruise (which is good, since that became a cluster) and the line kept getting longer and longer.

Abigail Spencer was the other guest and she came right over when she left. As usual, she was lovely to everyone and did the entire line. About an hour later (not sure why Abigail left so early – perhaps she’d pre-taped?), security came over and checked the line. Then, Harry Potter himself came over. He was great! 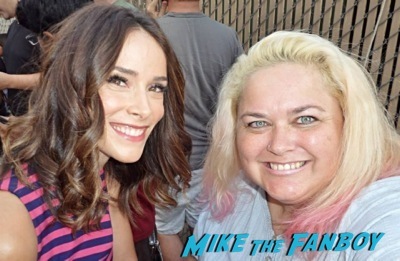 Everyone got one thing signed and one picture (if they wanted). He was very kind and polite. Total class act. 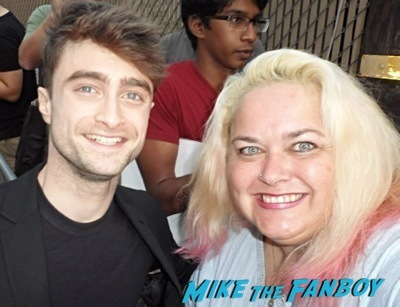 To make things even better, the next day someone messaged me to tell me I was featured in a Daily Mail UK article about Daniel Radcliffe. So cool! 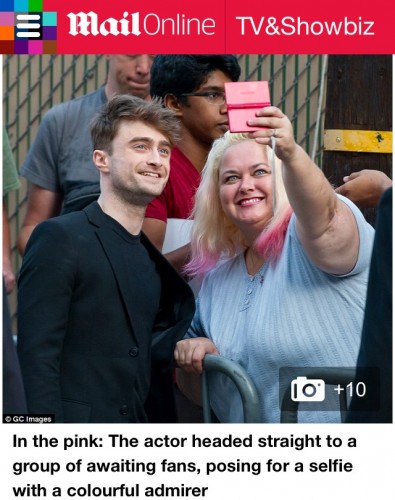