Home / Fanboying! / Danny McBride is a Hot Rod With Fans And Glee Star Diana Agron Signs Her Life Away As CB Reports On Meeting The Two Stars! Autographs! Photos and More!

There is only one CB, and I say that without a hint on irony. I mean who else would go on record as saying “I’m a huge fan of Hot Rod.” And by Hot Rod he’s referring to the not so classic Andy Samberg, I wish it was a comedy, movie. I’m not going to say film, because it’s not.

Regardless, CB is out and about trying to finish off his “Hot Rod” cast piece. Sigh… This cast member is Danny McBride. He’s taping a talk show and also guesting is Glee cutie Diana Agron. I wish I knew CB wasn’t a huge Glee fan as I have a few magazines I need Ms. Agron on… regardless, check out CB’s recap, when he met both stars!

I am a huge fan of Hot Rod. It’s not a cinematic classic, but for what it is, it’s great. Mike makes several comments on the quality of the movie, but it’s a movie that I just enjoy. The movie had a very young Danny McBride. Before he was Red in Pineapple Express or Kenny Powers in Eastbound and Down, he was Rico in Hot Rod. He was doing a talk show and I’ve heard he is really great with fans, so I decided to go and work on my Hot Rod photo that has Andy Samberg on it. I also have a photo from Eastbound and Down, which is one of the funniest shows ever! If you are not watching Kenny Powers, you’re missing out. Also on the show was Dianna Agron from Glee. I’m not a huge fan of Glee, however I did like her in I am Number 4. Armed with me stuff, I head out.

I get here and am joined by some familiar faces. I patiently wait for an arrival and soon enough, Danny arrives. We chant for him and he comes right over. He is super nice and signs everything in front of him. I get him on my Hot Rod photo, and then ask him to sign my photo from Eastbound. 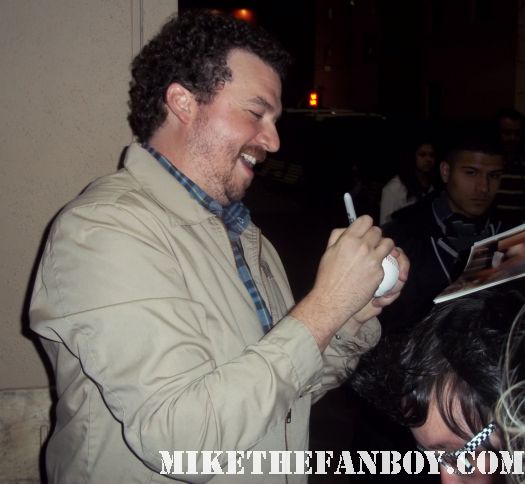 I make the request to have him inscribe it, “You’re F’n Out” and he does it. He finishes up and goes inside. Minutes later Dianna arrives, but she says afterwards.

We wait for the show to finish and its WINOLD!

(Editor’s Note: Really, still with the Winold? It’s not going to happen brother! Just… Just… ahahahhahahh Hot Rod and Winold in one write up! Lord Jesus help me! M-)

First one to leave is Danny and once again, he comes over. Danny McBride is super cool because it’s rare for a guest to sign going in and out. Kudos to you Danny! 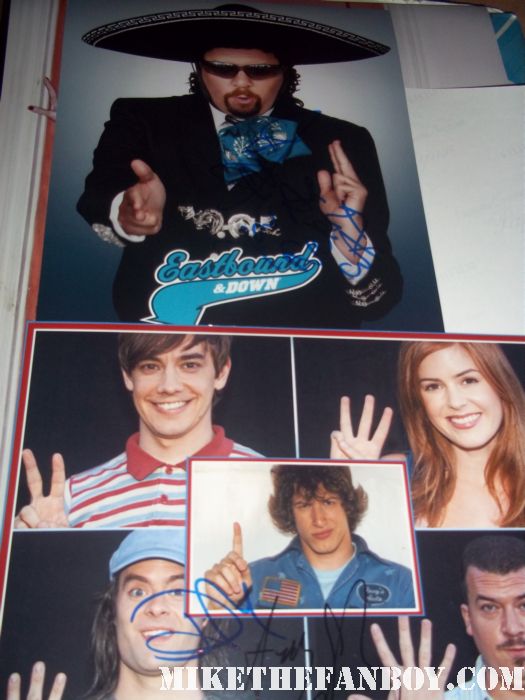 Shortly after Dianna leaves and she comes over. Now this girl signs her life away. 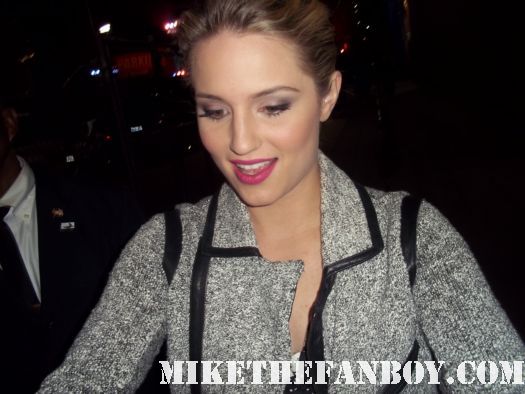 She does everything in front of her. She had to sign for a solid five minutes and does photos with people.

She is amazing. It was a great night, until next time, CB OUT! 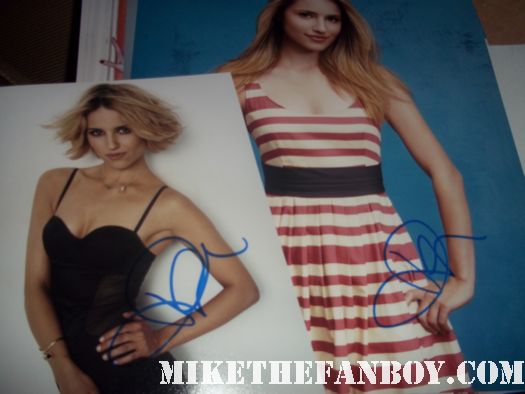