Paul headed out to David Duchovny’s Walk of Fame star ceremony and was lucky enough to not only see David Duchovny but he also chatted with Chris Carter and got a moment with Gary Shandling as well.

Not too bad for an afternoon!

I swore off Walk of Fame reviews last year (several reasons) but I stumbled upon a ceremony I couldn’t pass up!

After walking past the set up around 9am and chatting with my pal, event photographer “Sharon graphics,” who informed me that David Duchovny was getting a star, I decided to stick around.

Conflict time! I didn’t bring my camera! Doh! But I made the mad dash via the unreliable Los Angeles metro. It took 1 hour to go downtown and back again. However, I ended up getting back at the exact time David was exiting the town car and dropping off. I got some amazing shots. 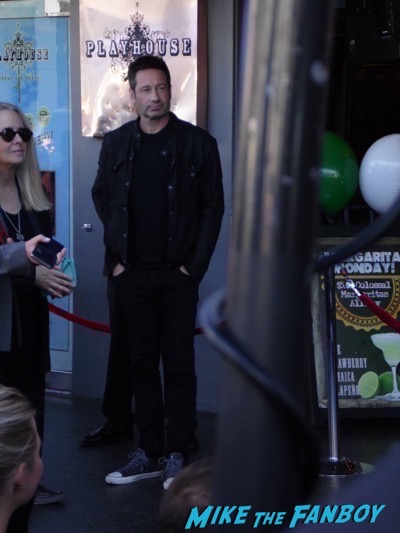 I ended up in the 3rd row behind two giants and a pain in the ass white canopy that blocked most of my shots… eh, what can you do?

But being that I was intentionally ignorant of the event, I didn’t know who would be there.

Unfortunately, Gillian Anderson was in London filming, but Chris Carter and iconic comedian Garry Shandling spoke. Garry was awesome and mocked hollywoods newly publicized racism (btw David got his start on the Larry Sanders show) then Chris Carter spoke and everyone was in awe, still thriving on the new X-Files episode the night before!

Then i decided to try for some photo ops…

Garry chatted with his hollywood goonies for what felt like an eternity but after walking with him to his car I got the photo op and a great conversation about the LA comedy scene! 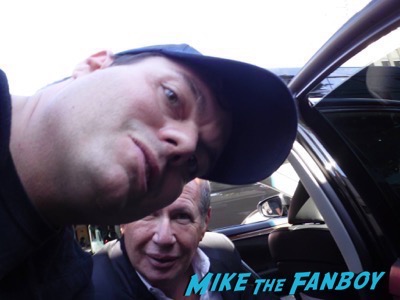 I then returned to where Chris Carter was chatting with a few people. He then spoke with me right away, asking what I thought of the new episode… Wow… I’m having a discussion about X-Files with Chris Carter! 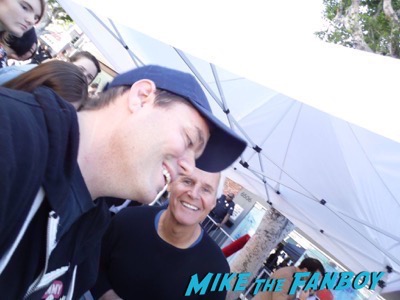 It lasted a good 15 minutes! A lot of questions I had were answered! 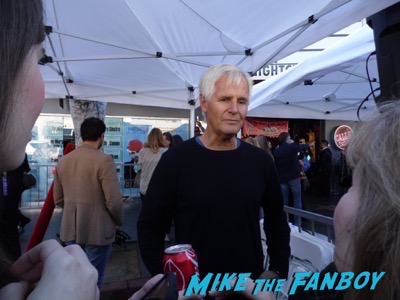 David was being hounded by dealers and whathaveyou’s, but I met him on several occasions, so I didn’t feel a photo was necessary but did get to say congrats to him. 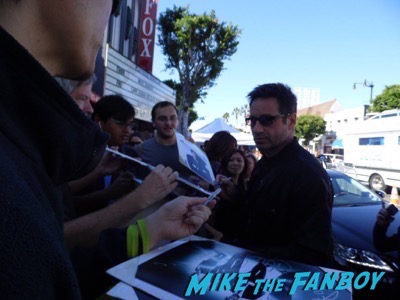 Overall, it was an out of this world experience with a few aliens in the crowd!