Home / Fanboying! • James • Movie Premieres / James Gets His Dr. Who On After Meeting David Tennant! Rosamund Pike And More!

James headed out to the premiere of What We Did On Our Holiday starring Rosamund Pike and David Tennant.
Now, I really liked the Fright Night remake (Not as much as the original of course) and I’ve wanted to meet David Tennant for a while now.

Sadly, he’s not in the states very often. James however, got a chance to meet the Dr. Who star at the premiere of his latest film What We Did On Our Holiday.

How to celebrate being home from America and back in the most awesome city on Earth? By attending the World Premiere of What We Did On Our Holiday, a fantastic film starring David Tennant, Billy Connolly and Rosamund Pike. David is my favourite TV actor, and there was no way I was going to skip the opportunity to walk a red carpet with him.

I arrived straight from work, met a couple of friends and before long people started to arrive. First to come over were the film’s directors and the creators of Outnumbered, Guy Jenkin and Andy Hamilton. Both happily came over when I called them (no one else seemed to care about them!), and both signed my Outnumbered boxset. 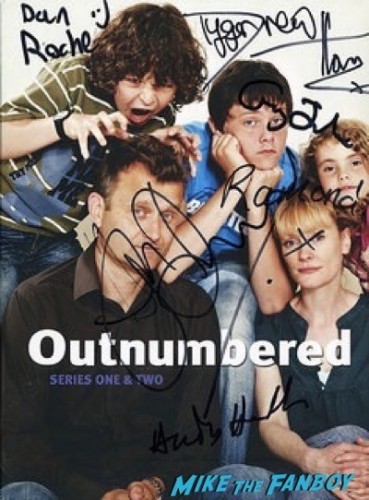 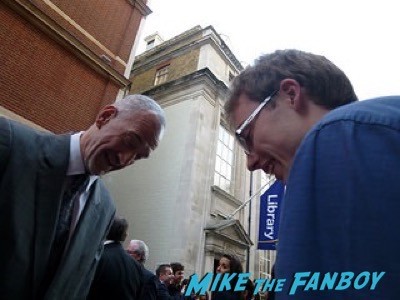 Next to arrive was the Doctor himself, David Tennant! I’ve met David about six times now, and he’s always been so friendly. The Doctor Who, Broadchurch and Harry Potter star started signing away, and signed a photo for me. He also posed for a photo with me too! Happy James!! David was my “first” Doctor, and is my favourite, so whenever I meet him it’s a real thrill. 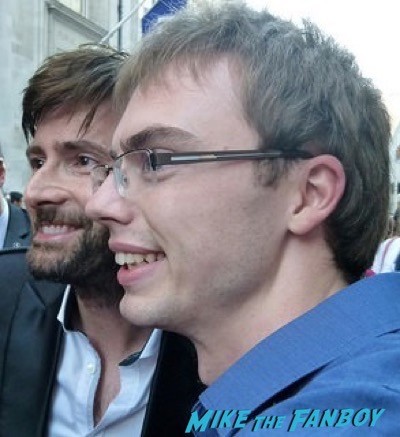 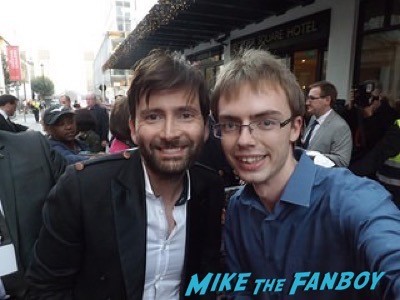 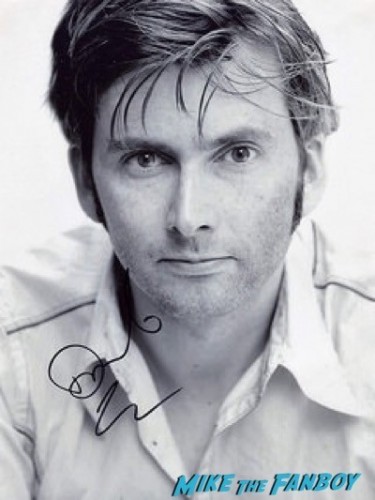 Billy Connolly arrived, but started signing further up the red carpet. I’ve met Billy before though, so I wasn’t too worried. Rosamund Pike soon followed, and signed an index card for me, but I didn’t get a chance to ask for a photo as she was too quick. Ah well! 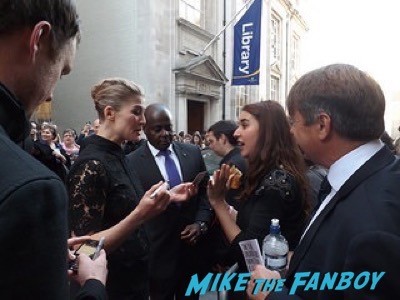 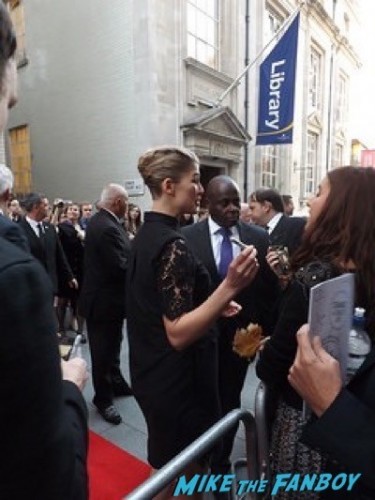 Amelia Bullmore, star of Scott and Bailey and one of my favourite comedy programmes Twenty Twelve arrived next, and was really pleased someone knew who she was! She happily signed my two Twenty Twelve DVDs and posed for a photo too. The DVDS are now signed by her, Hugh Bonneville, Jessica Hynes, Olivia Coleman, Alex Beckett and Samuel Barnett, not too bad going! 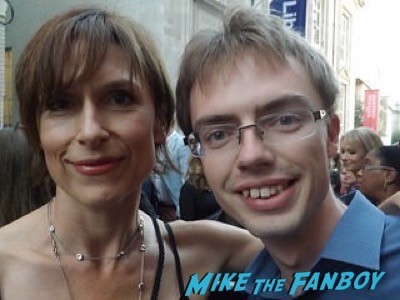 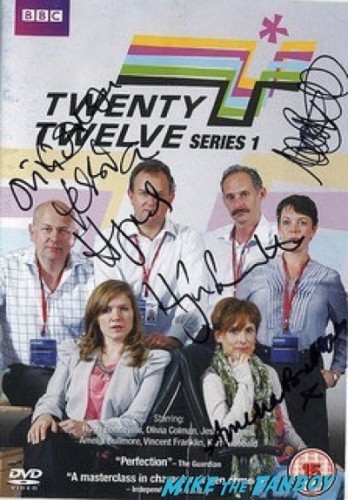 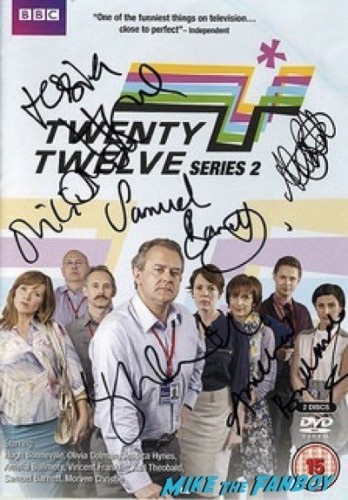 Outnumbered star and comedian Hugh Dennis arrived out of the blue next. He’d already signed my Outnumbered boxset, but I got the outer sleeve signed by him. He also posed for a photo with me too. 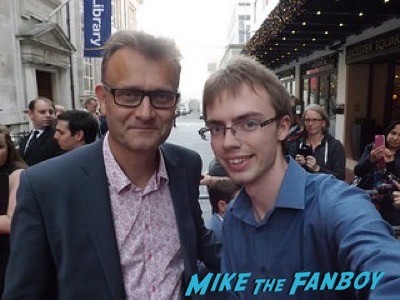 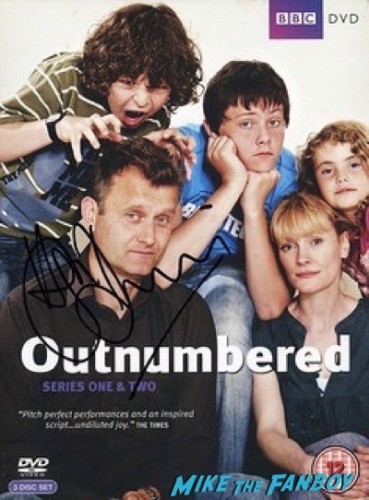 The few of us that had tickets then headed into the cinema for the film. It’s always fun getting to walk along the red carpet – it never gets boring! 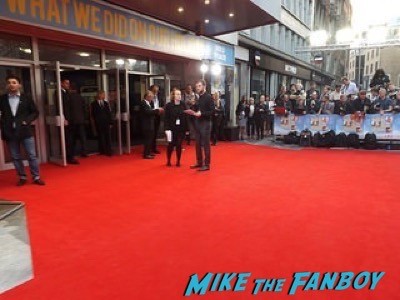 The crew and cast introduced the film, and spoke how they hoped it had some success considering it was an independent British film with little backing before now. I loved it (I won’t post any of the contents, I don’t want to be accused of posting spoilers!) but it is really worth seeing if you get a chance. 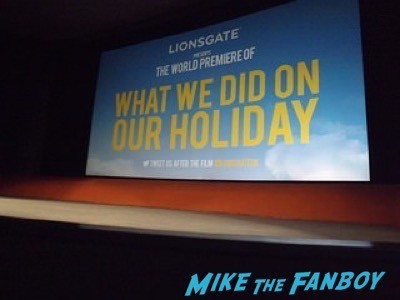 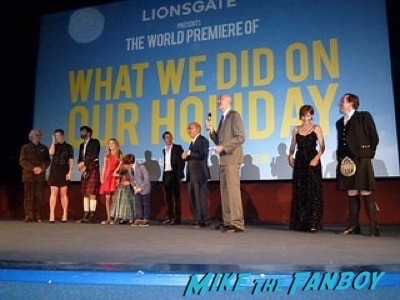 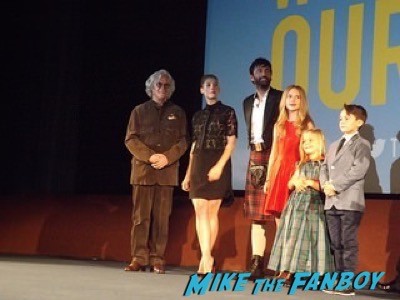 The Doctor and a night at the cinema. What more could I ask for?