One of the highlights of Wondercon for me, was the Dawn of the Planet of the Apes signing. It was a low key event that wasn’t highly publicized (although you might have seen the announcement here!) Boom! Comics printed 100 limited edition lithographs that cost $20. Once you bought one, that was your ticket into the signing.

The three leads were there, Gary Oldman, Keri Russell, Andy Serkis along with director Matt Reeves. Once, Susan, Jim and I secured out lithos we just had to wait for the signing.

We rushed over and got our place in line. We were about midway, which was good. I did see Big Mike towards the front. And now we wait. 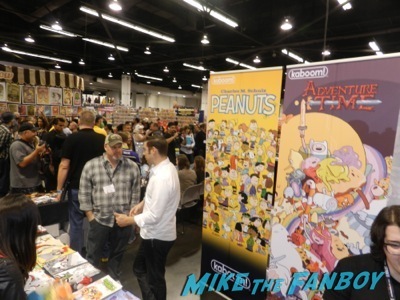 The line started right on time and was moving really fast. Susan had her print in her hand and clutched it with all her might.

First was director Matt Reeves. He looked a little overwhelmed with everything but was very nice. I told him how much I was looking forward to the movie and how much I enjoyed the original. He said, “Me too!” 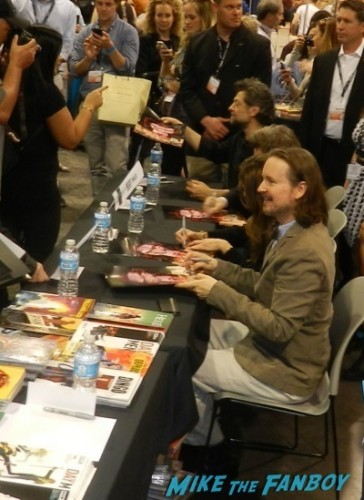 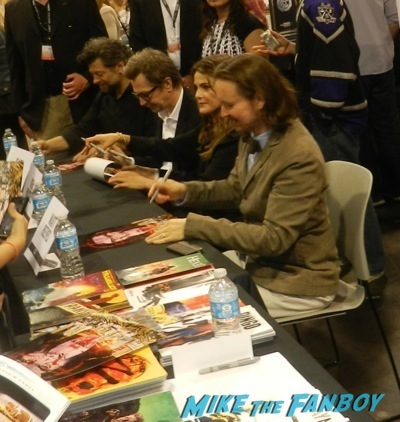 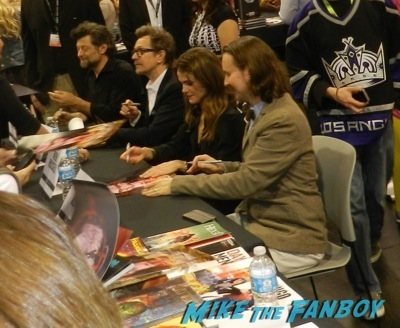 Keri Russell was next and she was sweet as ever. I mentioned loving Waitress and she said, “Oh, it really was a cute movie wasn’t it?” 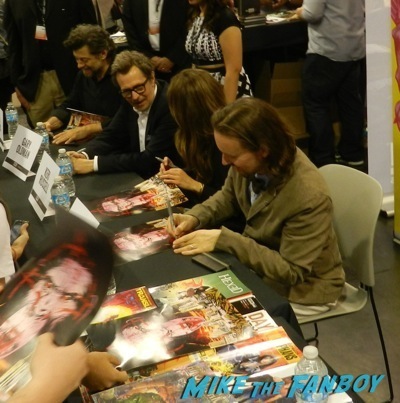 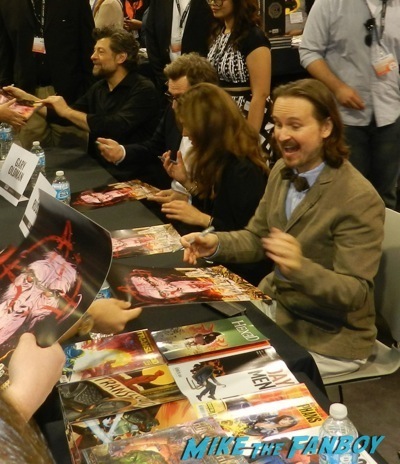 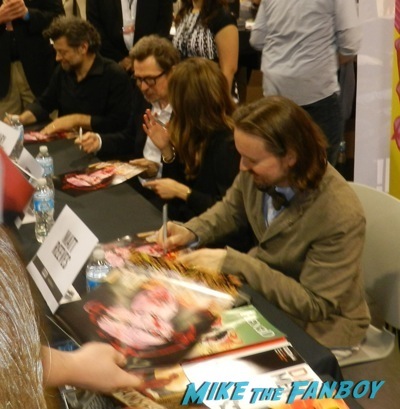 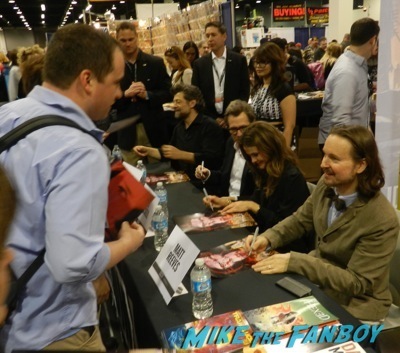 Gary Oldman was really chatty but Andy Serkis was awesome as ever. I told him out of everything he’s ever done 13 Going on 30 is my favorite and he went, “Oh no! No!” and was very playful. 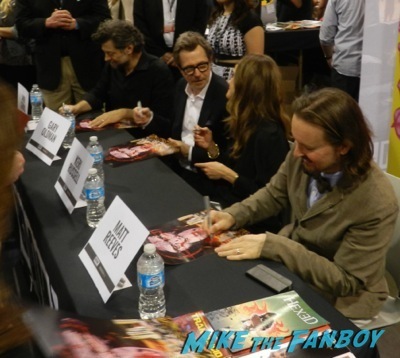 And that, as we say was that! It was quick but the entire cast was there and it was the best signing at the con! Plus the litho is really nice! 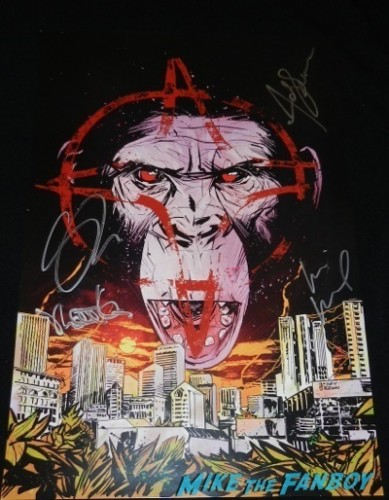