Home / Fanboying! • Stars of the 1980's and 1990's / Dawson Himself Mr. James Van Der Beek Is Hyper Nice While Promoting Don’t Trust The B- In Apartment 23! Autographs! Photos and More!

Man, those days when everything goes wrong just suck. Talking like Fanboy Fail big time! First, Scotty called last minute because he won tickets to Garbage at the El Rey and I couldn’t go… Grumble, and then as I’m parking I get a call from CB saying that James Van Der Beek signed on the way in.

I should paraphrase this by saying, I was going to head out for James Van Der Beek and then was going to go for Garbage, and then when I realized I wouldn’t get off work in time to get to Garbage (FU Santa Monica), I backtracked and figured I would go for Van Der Beek, then realized I could make it to Garbage which was too late since Scotty found someone else to go, then I went back to my original plan which was then foiled since the Beek signed on the way in.

So, I called Pinky and bitched about life. Pinky urged me to stay and said that James was really nice, yadda yadda yadda. I just want to chill and go home… Sigh…

7:23 p.m. – At Pinky’s behest I am here. There are a few other people in front of me and as I walked up a few others joined behind me so there are seven of us now. Okay, well… who knows?

7:36 p.m. – I called Lindsay from I am Not a Stalker.com earlier today to see if she wanted to come, but apparently she is on Team Pacey, whatever that means… I’m not a Dawson’s Creek fan… so…

7:53 p.m. – It’s actually a nice night. Fruit Ninja and I are quite happy. Oh there’s Colin another collector friend. 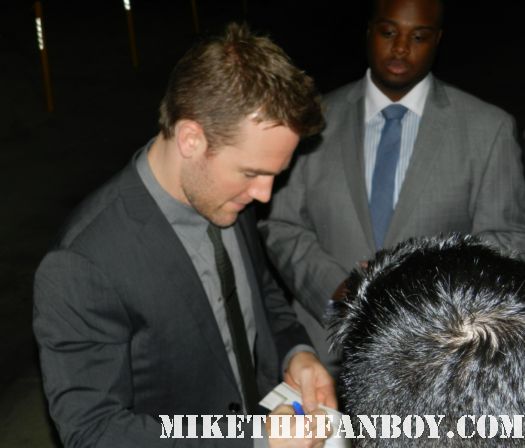 We are all yelling for him and he comes right on over. Dude, what a great guy. 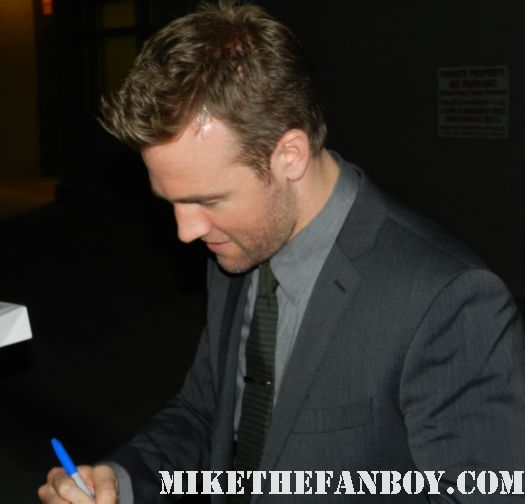 James is moving fairly quickly but is happy to sign whatever is in front of him. He signs my Varsity Blues mini poster and then the Rules of Attraction DVD cover and the photo as well. 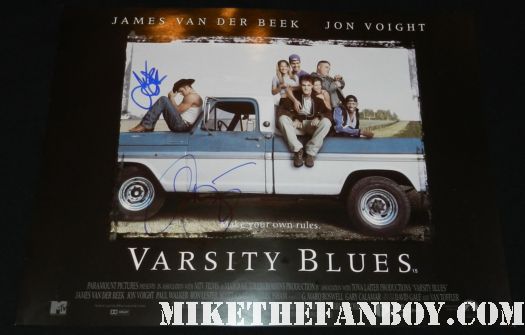 I told him how I really enjoyed Rules of Attraction, and how difficult it is to adapt Bret Easton Ellis for film but I liked how Roger Avary did it. 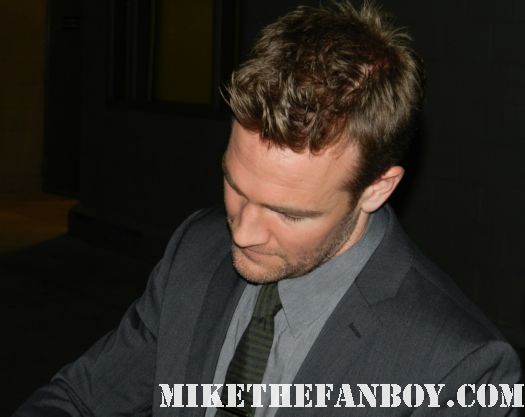 He seemed impressed and we got to chat for a second. Hyper nice! James continued down the line and made sure everyone was covered. He was happy to sign multiples as well. 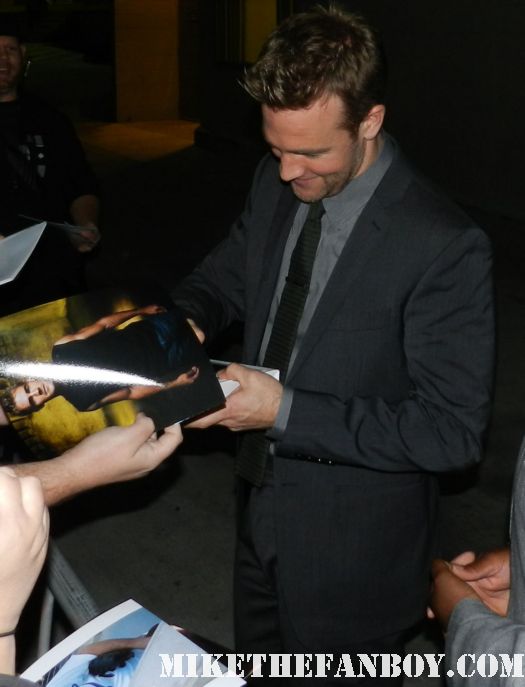 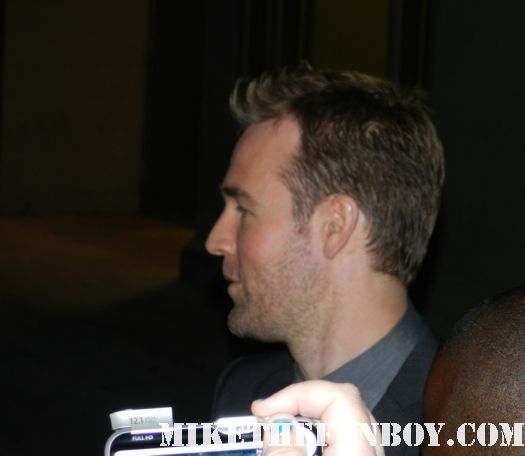 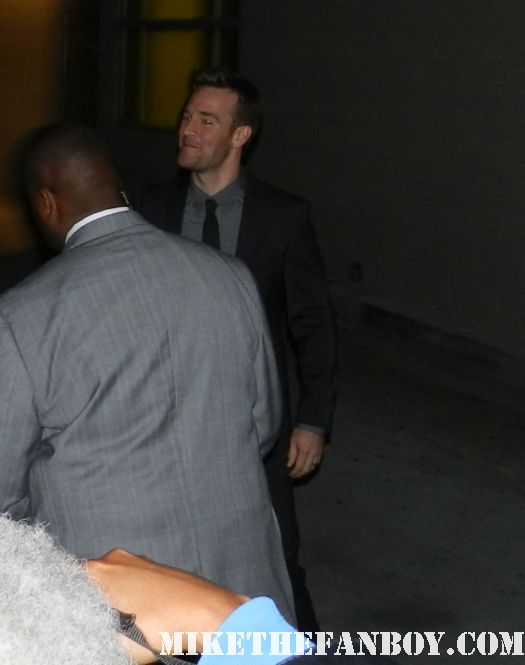 Pinky was correct! I’m glad I stayed! James Van Der Beek is really nice and I have to tell you I’m really impressed at how kind he is to fans! 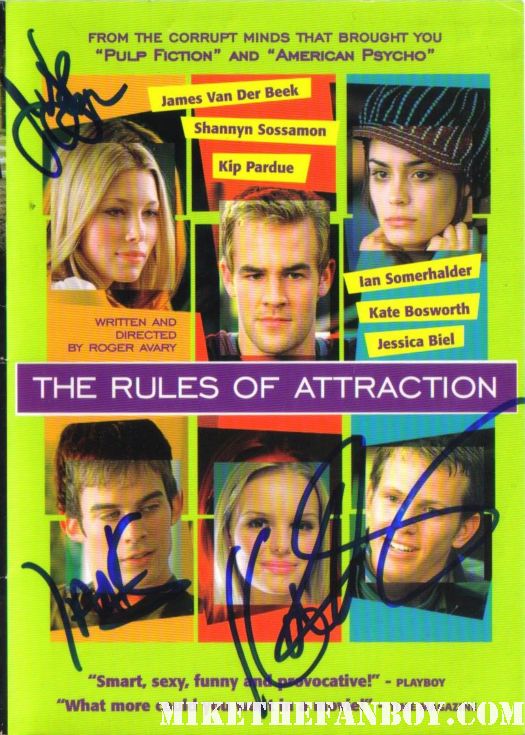 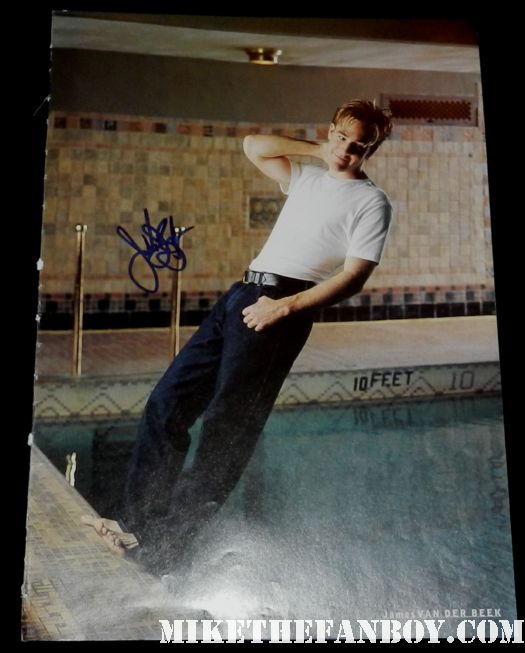