Zombies seem to be everywhere these days. They’ve been a part of the biggest show on television, part of movie reboots, sequels and more. It makes sense then, that Hollywood would eventually turn to the original zombie films for inspiration to keep the horror-ific genre alive. Whether George Romero would approve of all this is speculative of course, but building of the originals legacy, while invoking his namesake is always a dicey proposition.

In Day of the Dead: Bloodline, George Romero’s namesake is revamped or in essence remade as a straight to Blu-ray title. I was looking forward to seeing this film but to be honest, after seeing it I kept asking myself, why was this made? There was already a remake, that didn’t exactly leave audiences clamoring for more, so why try again when the original is just as effective as it every was.

As the film opens we are given a bunch of backstory that starts with a zombie attack and eventually we go back even farther than that (a prologue within a prologue?) And see a med student named Zoe (Sophie Skelton) who did a great job identifying some markings on corpses, so she’s a star on the rise. Zoe’s work gets the eye of Max (Johnathon Schaech) who while looking creepy and menacing, gives Zoe some of his blood. He then decided to try and assault Zoe later on at a party to which she and a newly animated corpse take exception to. 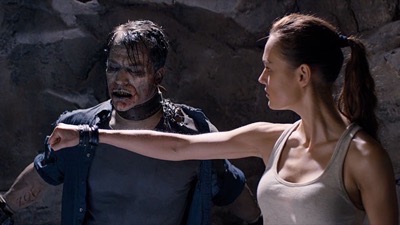 Then the proverbial shit hits the fan with the scene we all know and love where some dude tried to warn everyone that the Zombies are coming and bloodshed is going to occur. Then we flash forward and see Zoe hard at work in a bunker seemingly sequestered. There is a zombie or walker or in this case a “rotter” being used as a lab experiment, which is fairly creepy and still gives viewers the desired effect like in the original film.

Overall, sadly the film doesn’t come together at all. Where it should be creepy it’s boring, and because it’s a semi-remake one can’t help compare it to the original. If they did an original story that took off from the classic series of films, it would be easier and more forgivable, but as it stands when you do a quasi-remake one can’t help but compare and that is where this film falters the most. 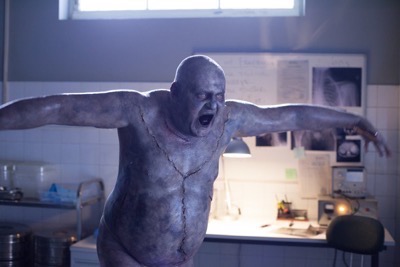 Sadly the actors don’t fare all that much better here. They deliver line readings free of passion and with a listless nature that feels like this is the first time they’re seen the script. The music attempts to do the typical jump scares with little to no effect. It only serves to show the fact that the filmmakers were not either confidant in their script or in their talent or pretty much anything they are putting onscreen. 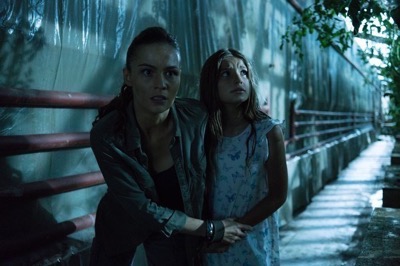 Day of the Dead: Bloodline arrives on Blu-ray thanks to Lionsgate films. The high definition transfer is good if not exceptional. The detail level is really good in the lighter sequences. The darker sequences however lose definition and there is fallout. There are some sequences that are given a blue hue that tend to have a loss of detail as well. Overall, it’s a good picture presentation but not exceptional. It’s still a step above most direct to Blu-ray fare.

Special features on this release are scarce. There is a behind the scenes featurette titled Day of the Dead Bloodline: Reviving the Horror. It’s a standard EPK outing with some interview bits with the cast and crew interspersed. 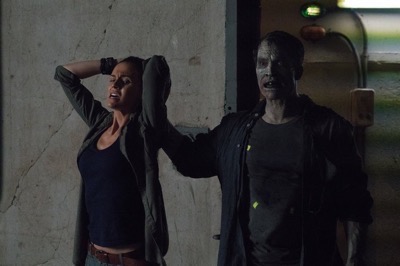 Overall, Day of the Dead: Bloodline is a fairly repetitive film that has little semblance to the original classic George Romero film. It’s sadly a missed opportunity and was probably done to cash in on the zombie craze as of late. If you’re a huge horror zombie fan, then go ahead and check it out, but otherwise I think you’ll be disappointed.

Day of the Dead: Bloodline is out now on Blu-ray!