Days of the Dead was this weekend, the annual horror convention brought out all kids of creepy crawly guys and gals. Located in the heart of Burbank it was a fun con and a couple friends of mine were there so I thought I would say hi. Plus, Fairuza Balk was there this weekend and I needed her to sign a few things including my Craft mini poster that already had the other three girls on it. 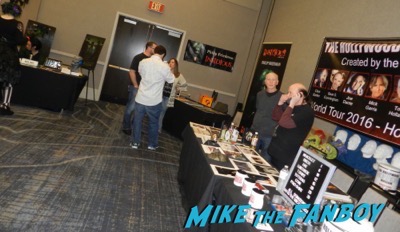 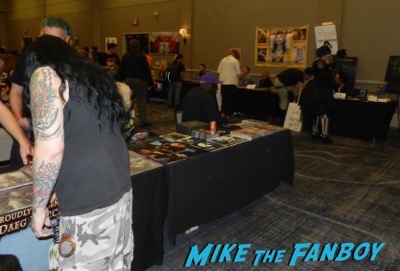 So, off I went. There were some fun cosplayers at the con. 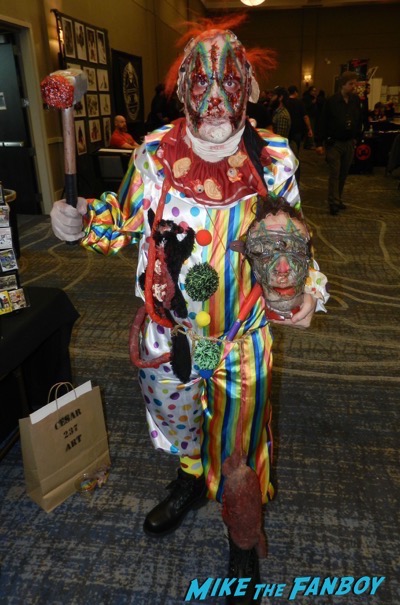 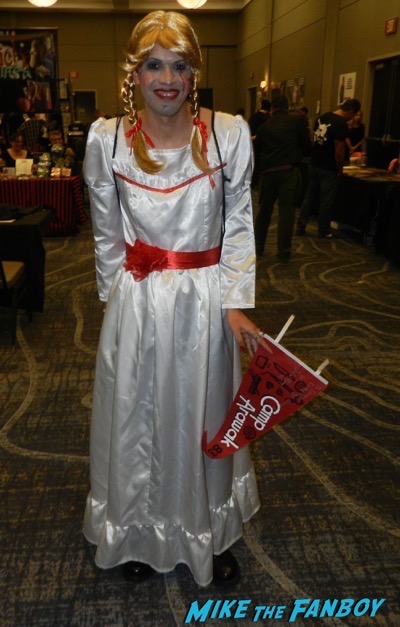 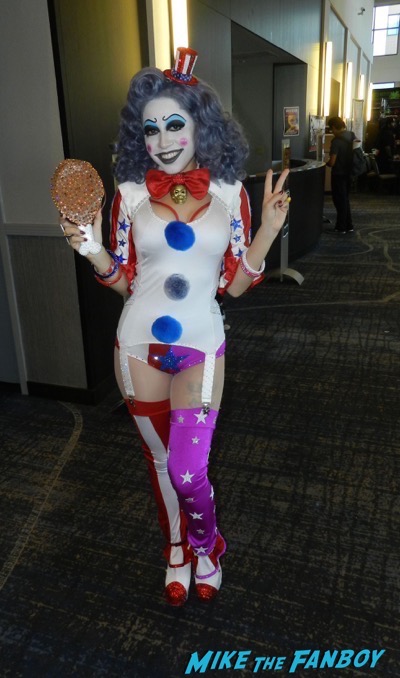 As well as Robby the Robot. 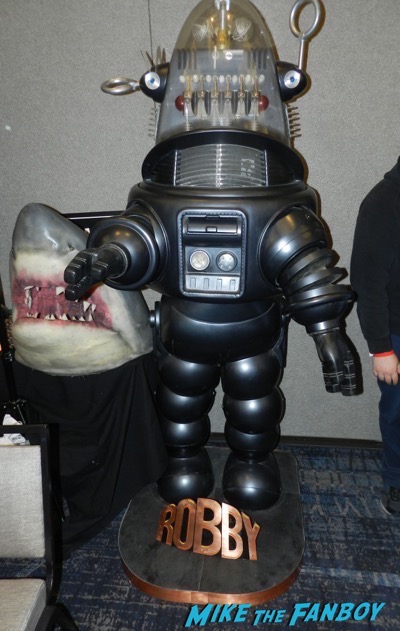 The floor wasn’t too packed and it wasn’t that busy which was nice to be able to walk around quickly. 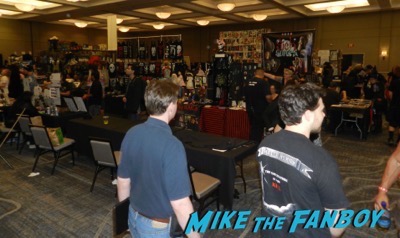 The horror museum had a booth there and it’s a great organization to check out. I think there should be a horror museum in Los Angeles, I know it’s hard to get funding for things like that, so make sure and keep it in mind! 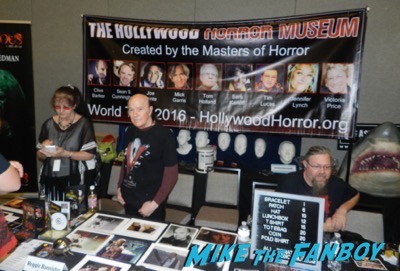 There were T-Shirts and prop replicas for sale. 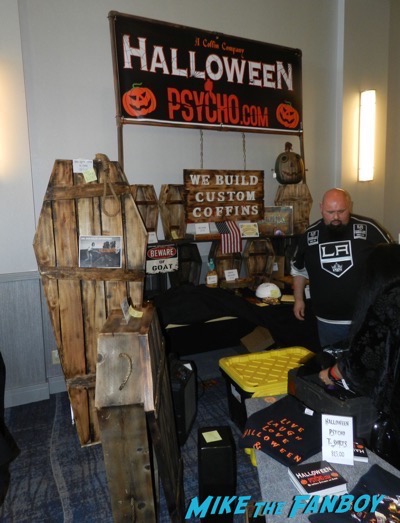 Apparently Tobin Bell hid himself away from the rest of the con-goers with this durable yet shiny black curtain. He had a booth there for signing autographs and I guess he didn’t want to mingle with the other guests. “Don’t speak to the Tobin Bell, tiptoe when you walk by.” I thought I was going to get in trouble taking a picture of his black curtain as I sauntered past. I understand how he wants his privacy, I mean the man probably has a delicate sensibility after starring in Saw, Saw II, Saw III, Saw IV, Saw 3D, Saw Legacy, I mean the list goes on and on. I wanted Ace to run in front of the curtain, jump inside and yell boo but I thought that might be too much for Tobin Bell to take. Such a delicate soul. 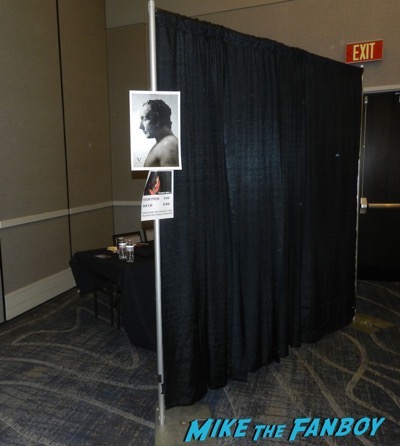 Then it was time to head to Fairuza Balk’s booth. She had a little bit of a line, and the price was $40 for a mini poster or below and then $60 for a one sheet poster plus $20 if you wanted a photo with her.

I opted to finish my Craft mini poster and put Gas Food Lodging and Almost Famous on hold for now. 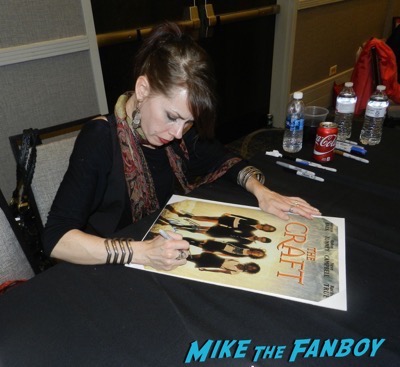 Fairuza Balk was very nice and chatty. I asked her about the filming of The Island of Dr. Moreau and she said it was a horrible shoot. Apparently there’s a documentary about it called Lost Souls that I need to see, I’ve always been fascinated by that movie. 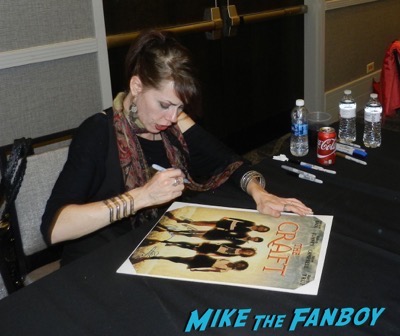 And that kids is my day at the Day of the Dead convention. It was a quick trip, but still fun! 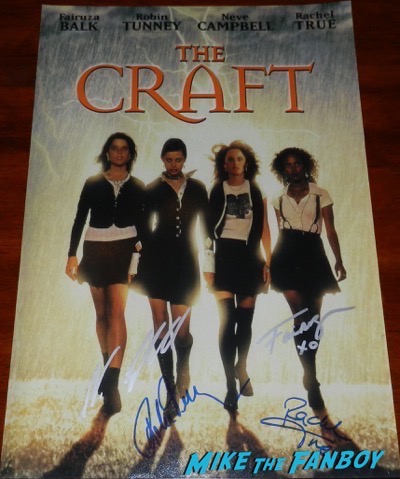 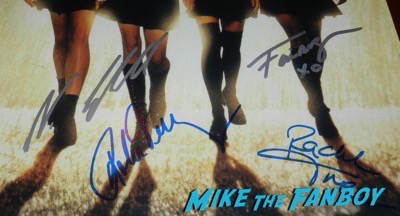