This makes me so happy!
Melissa has sent in an awesome recap from the Days of the Wolf Con in Chicago! Now, I admit I’m a huge fan of Teen Wolf. I have to tell you, the past couple seasons it has become so damn good.

My favorite on the show is Tyler Hoechlin. His character Derek rocks! Suddenly Susan had a great recap from the local Days of the Wolf con and she was able to meet Tyler Hoechlin as well.

I think I’m the only one without a pic with him! Doh!

Check out Melissa’s awesome recap below!

My friend and I attended Days of the Wolf Con in Chicago. I had never been to a Creation Entertainment event before so I wasn’t sure what to expect. It was a two day con, but as we were only interested in meeting Tyler Hoechlin we opted to just attend on Sunday. After we registered we went to check out the merchandise area (there were only about three vendors) and spotted Keahu Kahuanui, who plays Danny on the show. His signing wasn’t ticketed so you just had to walk up to the table. 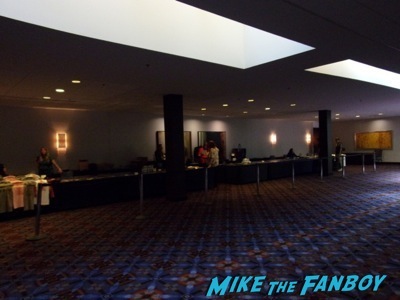 Instead of doing just that (like sane people) we stared at him for a while before working up the nerve to go up to the table. Keahu was sweet as could be. He told us not to be shy and he was here because he wanted to meet fans. On my friend’s picture he even wrote something like ‘next time don’t be creepy and just come and say hi.’ When it was my turn he asked how to spell my name and I started to spell it and he started to spell it along with me and then said ‘Jinx!’ It was so cute. I told him the story of how Tyler Posey misspelled my name at C2E2 and this is what he thought about that… 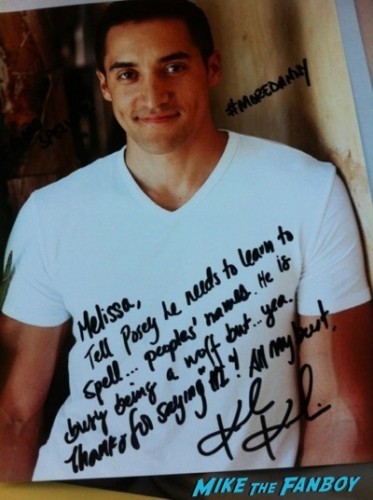 After that we decided to split a photo op with Keahu. When we headed up for the picture he told us he was glad we didn’t creep this time. 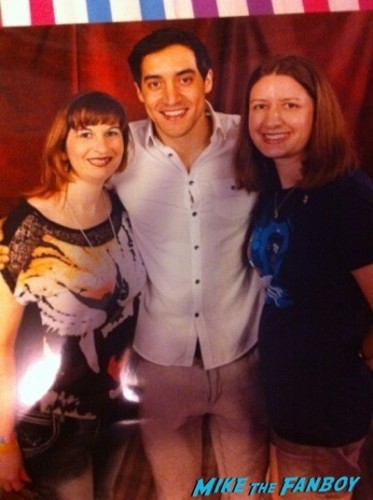 There were various panels throughout the day. The first one was with JR Bourne and Linden Ashby (Chris Argent and Sheriff Stilinski). Orny Adams (Coach) was the mc for the weekend and helped guide the q&a along. He is hilarious and I would have enjoyed just listening to him for a hour. (He also had a table in the vendor area and was SUPER accessible and fan friendly.) The panel was fun. JR and Linden have great chemistry and had everyone laughing. 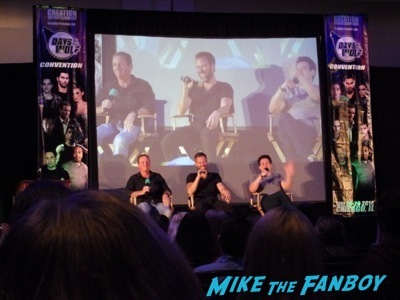 There was a lot of down time between panels and not much to do so we joined in the Teen Wolf trivia challenge. We both got knocked out early on in the game, but it was fun. Next on the agenda was Keahu’s panel. He seemed so shy and kind of like overwhelmed he was getting so much attention. It was very sweet and he had a lot of interesting things to say about himself and the show. When his session was over there was an auction on Teen Wolf merch/autographs etc. Most of that was a little too rich for my blood.

Now the moment we had been waiting for…Tyler’s panel! The audience went nuts with cheers/screams/and fangirl tears! Tyler held the audience in the palm of his hand for the next hour. He is so charismatic and talkative. He seemed totally at ease with the audience and just genuinely excited to be a part of the con. 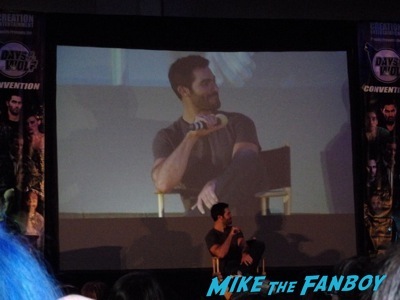 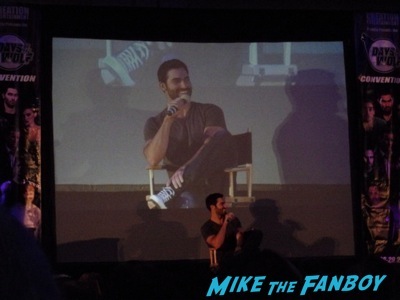 I ducked out of the panel early to get in line for my photo op with him. When I finally got up for my turn we said hello and I gave him a hug before the picture was snapped (and I may or may not have given his side a little squeeze before leaving. The man is built!).

The final event of the night for us was Tyler’s autograph session. The organization of the session was a little chaotic (they had four people signing at once) but when it was my turn I was thrilled that Tyler really took a moment with each fan. We exchanged how are yous and I told him I had been looking forward to this all day. He laughed and asked me if it was living up to my expectations. I told him he was exceeding them. And then I went to shake his hand (which was warm) and he used other hand to cup my hand and looked me in the eye and said thank you and give me the BIGGEST smile (a smile that could launch a thousand ships). What a class act…such a wonderful guy! 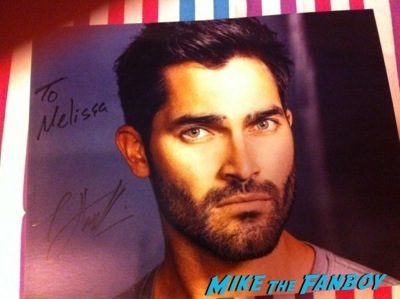 Sadly my photo op with Tyler hadn’t been printed by the time I had to leave so I’ll have to wait to see how it turned out. All and all it was a fun event!