Wondercon is in full swing and the anticipation is building! DC Entertainment has released it’s plans for the con including signings, panels, and more awesome events.

All the signings are wristbanded so make sure and head to the booth for all the information.

BURBANK, Calif. (April 14, 2014) – DC Entertainment (DCE) will mark the
75th anniversary of its iconic Batman character at WonderCon 2014 with an impressive line-up of can’t-miss reveals and exclusives sure to thrill fans of the world’s most popular Super Hero. 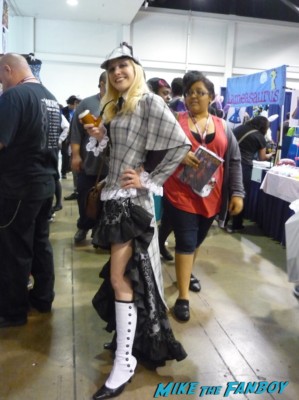 The world premiere of Son of Batman, the landmark 20th entry in the ongoing series of DC Universe Animated Original Movies. Taking place Friday at 6:00 pm, the screening precedes a star-studded panel including the voice of Batman, Jason O’Mara (Terra Nova, Life on Mars).

A special screening of an all-new episode of Teen Titans Go! Scheduled for Friday at 2:00 pm, go behind the scenes of the fan-favorite series with a panel featuring the show’s producers and members of the voice cast. 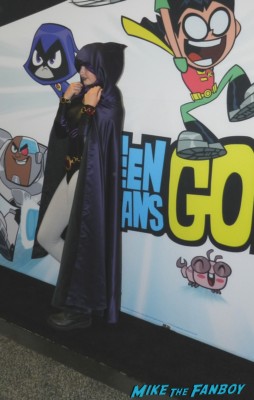 Fans attending WonderCon also have the chance to pick-up three exclusive variant comic books at the Graphitti Designs booth (#301) including:

The debut issue of the new blockbuster weekly BATMAN: ETERNAL #1
The latest “Riddler” themed cover of BATMAN #29 in a location-specific hue of blue from artist Greg Capullo

The must-own debut issue of THE SANDMAN: OVERTURE #1 featuring an exclusive 3-D motion cover, never before seen and only available at the Con

Home to the most talented writers and artists in the business, DCE’s interactive 1200 square foot booth (#401) will serve as a hub for its stellar collection of appearances, announcements and events at WonderCon 2014.

Can’t make the Con? DC Entertainment’s website is the go-to place for behind the scenes coverage and in-depth interviews. Also, look out for a WonderCon 2014 special edition of DC All Access webseries premiering on Tuesday, April 22 at 10am PST.