It’s another big week here in comic book land and with the weather warming up it can only mean 1 thing, the big summer events. Each year DC and Marvel kick off a huge multi-title crossover event to really bump up their sales figures. Here’s a big summer event you all may have heard of, Avengers: Age of Ultron??? When a summer event is done right folks will talk about it for years and maybe even turn it into a movie. When it’s done wrong you lose readers. DC’s Forever Evil, last years big event, was so convoluted that readers have been dropping books left and right. The whole thing was just poorly executed. 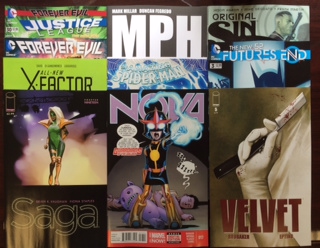 That’s why this year I’m holding out hope for DC’s big event, Future’s End. The new issue is out today and so far so good. They’ve jumped the DC universe ahead 5 years so if you were lost in the Forever Evil story you can jump on here for some fresh, straight forward storytelling. Even with how fun this series has been to date I’m sensing a DC reboot coming sometime soon. Probably within the next couple years, maybe sooner if they mess up this summer event. On the Marvel side the summer event is called Original Sin and after the first few issues I think it’s time to pull the plug. I really don’t care who killed the Watcher and this story just seems a bit forced. 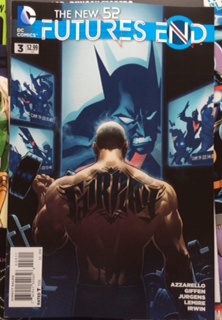 Now even though most weeks the bulk of my order is Marvel & DC the best stories out are coming from Image. This week Image put out 2 outstanding books, first up is Velvet. This Brubaker story is the best espionage, spy v. spy story out there. I wouldn’t be surprised if this book is already optioned with Angelina Jolie singed on to star. Go pick up the first 5 issues, you will not be disappointed. 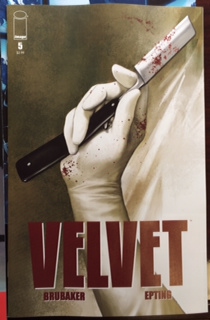 Next we have MPH, written by Mark Millar, this book should provide Mark with another comic book film credit. To date his Ultimates book was the basis for Avengers and Wanted, Kick-Ass, Kick-Ass 2 and now Kingsman: Secret Service are all straight adaptions to movies. The one book he wrote that would have made a bad ass movie was Red Son Superman. This story put Superman’s ship landing in the USSR instead of Kansas. If you get a chance this is one of those must reads, it’s really that good. He’s a first class writer and his new book, MPH, really showcases that. Since it’s the first issue of a new series this is the time to jump on. The only real problem I can see with Mark and his Image books are the delays. His books tend to get delayed for extended periods of time. If you’re a reader with little patience then I would hold off and pick up the trade next year. 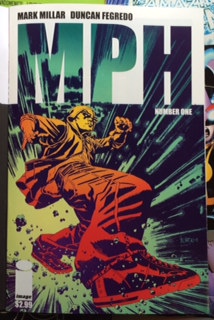 That’s it for this week folks. Next week I’m out in LA visiting family and going to Hero Complex to watch some awesome movies and attend some cool Q&A’s so there wouldn’t be a Comic Book Crossover till the following.

Have a fun and safe Memorial Day weekend!
Jim