When it comes to small screen iterations, DC is light years ahead of it’s big screen rival, Marvel. They have a whole universe of small screen heroes like Arrow, Flash, Supergirl, et al. Each of them takes place in one universe with Supergirl in some sort of alternate dimension and there’s one series that sort of rides between everything. 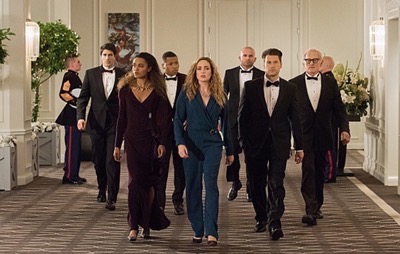 DC’s Legends of Tomorrow: The Complete Second Season is out now on Blu-ray and if you’re looking for an interesting twist on the superhero genre, this is it. See, Legends is the quirky oddball of the DC small screen universe, it features a rag tag group of non-heroes ripping through time and trying to put things right and making them even more wrong sometimes.

When season one ended the crew was scattered and the Captain, Rip Hunter (Arthur Darvill) was put on the sidelines to allow Sara Lance (Caity Lotz) to assume the leadership role. It’s an interesting choice because Sara has always been the live wire of the group and by forcing her into the leadership role, it really added so much dimension to Sara’s character. 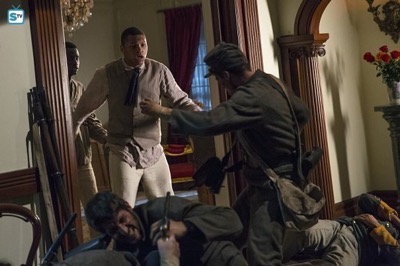 With Rip on time out for a while, two new Legends jumped onboard Nate (Nick Zano) and Amaya (Maisie Richardson-Sellers). Nate is a historian who gets some metallic powers of his own and Amaya is a member of the Justice Society of America from the past. Whew.

This season, with Vandal Savage put away, the Legends got to contend with Damian Dark (Neal McDonough) and Malcom Merlin (John Barrowman) who were under the eye of Reverse Flash (Matt Letscher). The evil trio were a great group and with a few tweaks could be putting in for a spinoff of their own. They did prove to be good foils for the group and when a visit from Leonard Snart (Wentworth Miller) came into play the series baddies really jelled. 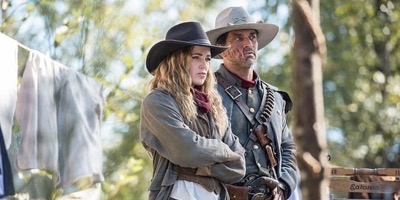 The thing about Legends is that it’s the one DC series that has the ability to let its freak flag fly. They can zoom to the Legends of the Round Table, or live out childhood fantasies like influencing George Lucas to make Star Wars. It’s a unique portal to allow pretty much anything to happen and that really sets it apart. Where Supergirl is a little too Pious, and Arrow a bit too brooding, Legends has no filter or anything to live up to. All of the characters are flawed and make the worst decisions, so it’s pretty much a miracle when something goes right on one of their missions. 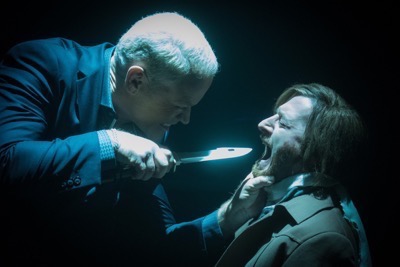 DC’s Legends of Tomorrow: The Complete Second Season heads to Blu-ray thanks to Warner Bros Home Video. The transfer is excellent as it’s expected to be at this point, but the sequences involving travel and special effects really look spectacular on high definition. Each of the different areas the Legends travel to are also given extra special attention. The colors really pop and there is little to no picture fallout even in the darker sequences. It’s a pristine transfer that really made the series come alive more than the broadcast version. It’s light years ahead in terms of picture quality than what was shown previously. 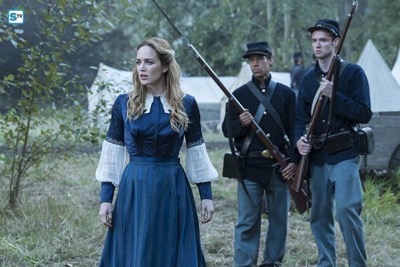 Gag Reel – I have to say, I do love Gag Reels and this was one of my favorites. The cast really had a great time in the different time periods and you can tell they each have a lot of chemistry.

DC’s Legends of Tomorrow: 2016 Comic-Con Panel – The Warner Bros releases always feature the comic con panels for the previous year and it’s great to see what you might have missed out on if you didn’t camp out in Hall H overnight.

There are also some deleted Scenes and the Allied: the Invasion Complex (DC’s Legends of Tomorrow) 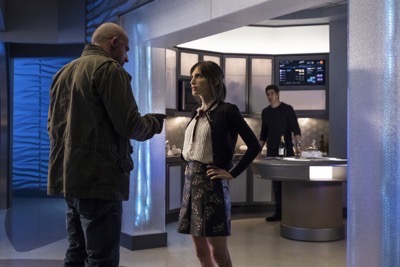 Overall, I really like this series. I know season one was spotty at best, but Legends of Tomorrow: The Complete Second Season really found its footing character and quality wise. The series is a  lot of fun and shows that DC can make a series about superheroes (That aren’t really heroes all of the time) and not be so dark and brooding all the time.

DC’s Legends of Tomorrow: The Complete Second Season is out now on Blu-ray!