Superhero films are everywhere these days. Marvel has their whole cinematic universe and DC has their dark and brooding take, well FOX has often tried their hand at their superhero films which has worked out well, (X2) and not so well (The Fantastic Four). One of the highlights of the FOX superhero films was Deadpool. The film was a fresh take on the genre with tongue in cheek humor, self referential jokes and a star comeback turn for Ryan Reynolds. 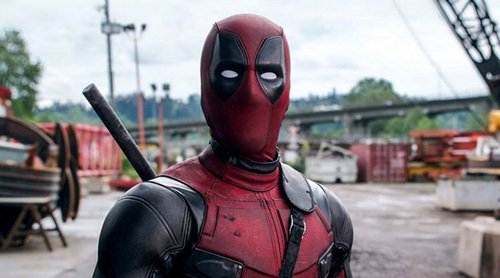 Deadpool 2: The Super Duper $@%!#& Cut is out now on Blu-ray and while the film doesn’t hit the highs of the first film, it still delivers enough in jokes to make you pine for the next chapter. The raunch is turned up and no stone is left unturned. The best thing about Deadpool, is that with all it’s over the top humor it has an emotional core and the characters go through real life changing situations that propel the story along.

As Deadpool 2 opens, Wade Wilson (Ryan Reynolds) goes through a bevy of bad guys and is at a low point in his life. He’s rescued in a way by Colossus and gets a new “family” again in a certain way with some new mutants. Deadpool is a trainee (again… in a certain way) with the X-Force. This leads to a confrontation with a mutant named Russell Collins (Julian Dennison) AKA Firefist. Russell used to be at a reeducation center which was run by an over the top zealot headmaster (Eddie Marsan). Deadpool actually bonds with the kid and then has an overreaction to some of the things Russell had to go through. 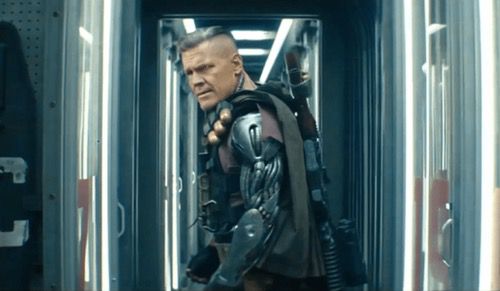 This causes deadpool and Russell to get shipped of to the Ice House, which is a detention center for mutants. At the same time Cable (Josh Brolin) shows up. Cable pretty much starts blowing things up and Deadpool thinks he’s there for him, when in reality he’s there for Russell. Cable has suffered a similar accident to Wade Wilson which gives them an indirect link. Russell teams up with Juggernaut, who is also at the Ice House. 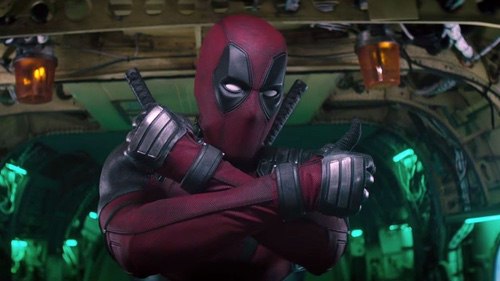 This sets everything up but really the in-jokes and humor is what keeps people coming back for more. I don[t think there’s a role that’s more suited to Ryan Reynolds skills than Deadpool. He was born to play this role and while that’s a cliche I probably would be made fun of by the character of deadpool, it’s also the truth. Every bad movie Ryan Reynolds made up to this point (I’m looking at you Van Wilder) has been a pre-curser for his career-defining role here. 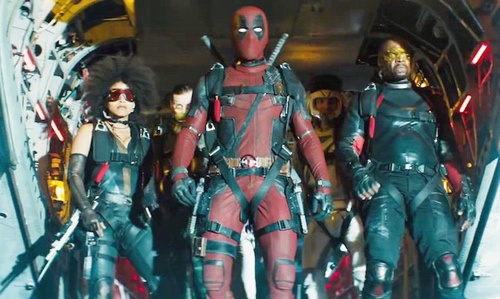 There are also great turns by TJ Miller, who is hilarious in the film. We’re also introduced to Domino (Zazie Beets) whose superpower is luck, which Wade insists can’t be a superpower. She gets a lot of ample time to kick butt in the film and she’s a good introduction to the series.

The Blu-ray offers two different versions of the film, with the extended Super Duper Cut running about fifteen minutes longer than the theatrical version. It’s worth seeing, because clearly some really hilarious bits were cut out for pacing, etc… It’s well worth checking out and seeing this version. I would say though, watch the original first and then watch the extended cut, they both have their merits, some changes are just dialogue and subtle others are full sequences. It’s cool to compare both. 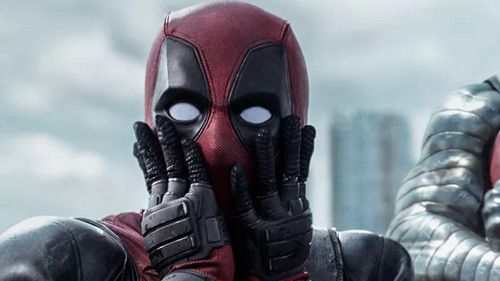 Deadpool 2 arrives on Blu-ray in an awesome transfer. The 4k really steps up the picture quality to almost a shocking degree. I keep saying this is reviews, but the 4k versions are so stunning it’s amazing to think films used to be viewed on scratchy VHS tapes. The fine detail is especially amazing, you ca see every stitch and detail in Deadpool’s suit for instance. Honestly, it really does help my love of the film, I know that’s kind of a random statement, but the expressions on the actor’s faces, their performances, it’s enhanced so much with this presentation. It really blew me away. 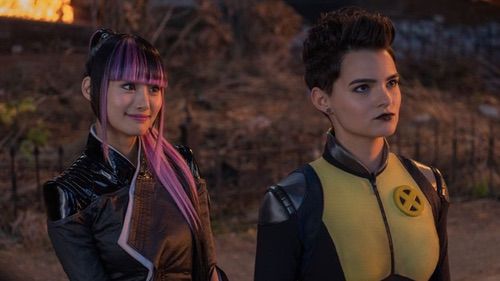 Plus, the action sequences have zero fallout. You can pause the picture and it’s practically clear, which as anyone knows, is rare. It’s things like this that really make the 4k picture quality leaps and bounds over regular blu-ray, which is still pretty excellent. 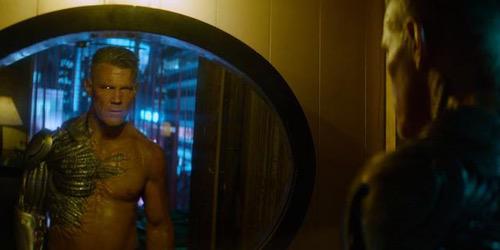 Special Features on this release are pretty abundant. The Super Duper cut is on disc two. Disc one has:

Gag Reel: I love gag reels, they always make me laugh. This one runs about three minutes.

Deadpool Family Values: Cast of Characters: This is a look at the major players in the film.

David Leitch Not Lynch: Directing DP2: This is a look at director David Leitch with some BTS footage and interviews.

Deadpool’s Lips Are Sealed: Secrets and Easter Eggs: This is a look at the top secret nature of the film.

Until Your Face Hurts: Alt Takes:  Kind of a misleading title. Much like an EPK piece.

Roll with the Punches: Action and Stunts: This is a look at some of the action sequences being shot.

The Deadpool Prison Experiment: This has interviews and a look at the prison setting of the movie.

The Most Important X-Force Member: A Quick look at Peter, who is a part of Deadpool’s team.

Swole and Sexy: Another look at some members of Deadpool’s team.

3 Minute Monologue: This is a look at Josh Brolin getting made into Cable.

Deadpool’s Fun Sack 2: There are videos and stills here.

There is also an audio commentary with Ryan Reynolds, David Leitch, Rhett Reese and Paul Warnick. 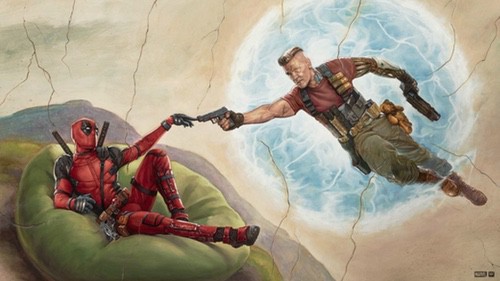 Overall, Deadpool 2 is a must own. This set is packed with goodness and the film is great. The added bonus of the Super Duper Cut is really fun. What else can you say? Buy it!