I have to tell you, I really like Denis Leary . I’m excited for his new FX series Sex&Drugs&Rock&Roll and I’ve seen the first few episodes and I have to tell you, it really picks up around the third episode. I think it’s worth giving a shot.

I headed down to a local talk show that Denis Leary was a guest on.

Sadly, I don’t think anyone spotted Denis going in, so no one really knows if he’s here or not once I arrive. Also on the show is Alex Morgan, who is a big time soccer player.

Scotty is here with me and Alex Morgan arrives, and headed inside.

I only have some photo paper but I figure I’ll get an autograph for my sister who is a soccer player herself.

I figure it might be a nice Christmas present or something.

I brought the presskit for Sex&Drugs&Rock&Roll which is really cool and I have a mini poster for The Ref. I love The Ref, it’s one of my favorite holiday films.

After waiting and catching up with Scotty, out comes Denis Leary We yell and yell and it looks like Denis is going to leave. Doh!

But then at the last minute Denis hands over his stuff to his publicist and heads on over. 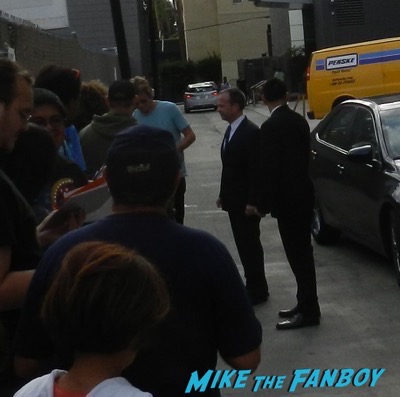 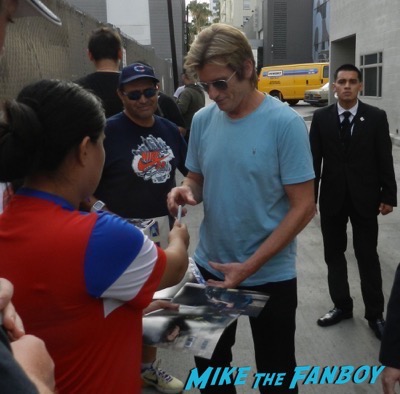 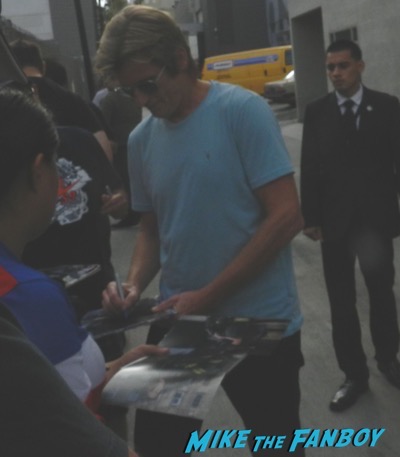 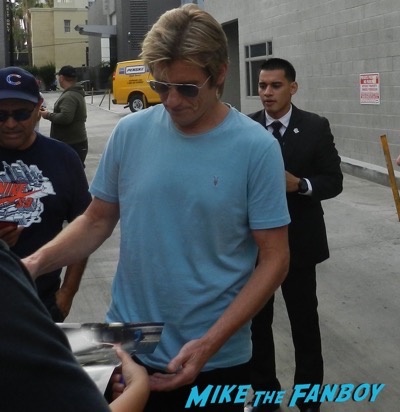 He starts at the end of the line and is being super nice. He’s signing a couple things each, and is chatty.

He is super excited to see the presskit and signs the front and the vinyl record as well. Scotty has him sign my Ref mini poster for me as he doesn’t have anything. 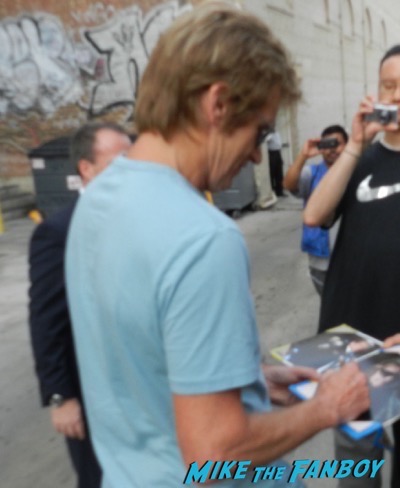 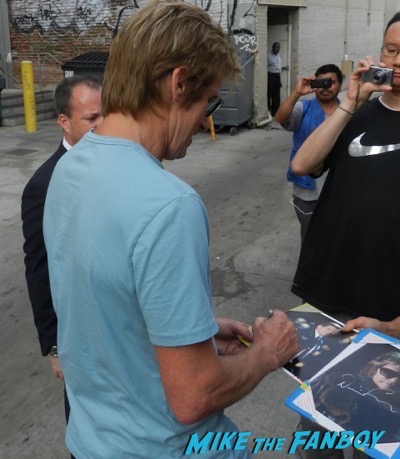 I got a pic with Denis as well. Scotty is due to send it over.

And then we wait a few minutes.

Alex Morgan is leaving and comes on over to sign. She is very cordial and is signing one each. I had her sign for my sister and grabbed a quick photo as well. 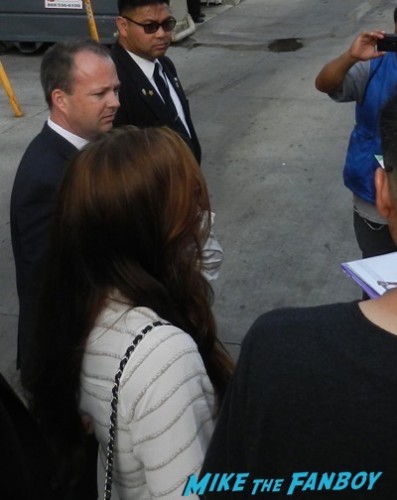 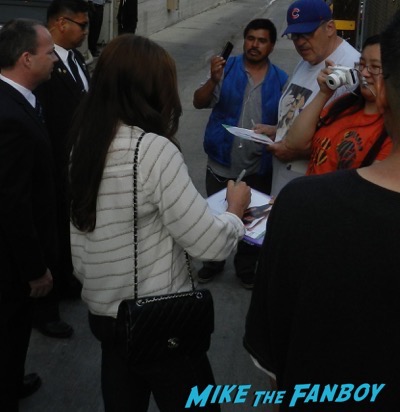 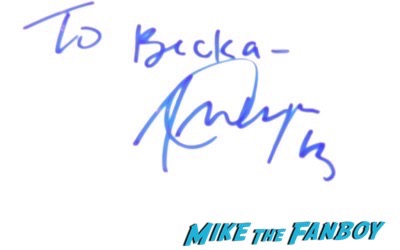 It was a fun and easy day! 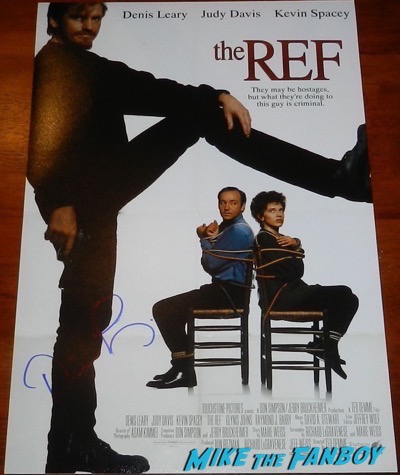 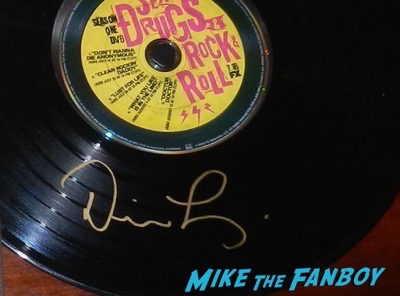