Suddenly Susan is awesome! There, I said it. While I was out and about for my sister’s wedding she attended an awesome event for the Netflix series Derek starring Ricky Gervais. The event was moderated by Conan O’Brien and the two of them had an intimate conversation. From what I hear it was an awesome night.

Ricky Gervais is not for everyone. But, I absolutely adore this man. I think he’s a comedic genius and everything he touches turns to gold. I also love that he is a huge supporter of animal rights. I’ve had the pleasure of meeting him a few times, and he’s always been friendly and kind, so I couldn’t resist attending a special event to promote season two of his Netflix series, “Derek”. 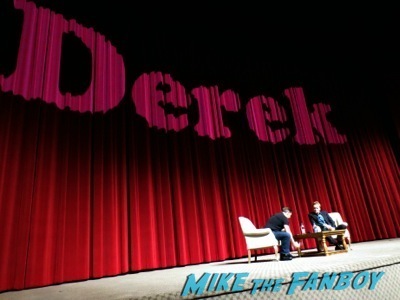 After watching the first episode of the new season and a quick highlights clip, moderator Conan O’Brien took the stage. Two chairs, two comedians, endless laughter. These guys chatted, joked, took harmless jabs at each other, and simply entertained the audience for over an hour. 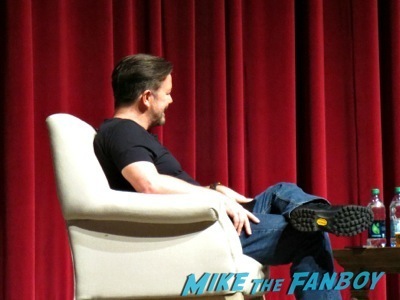 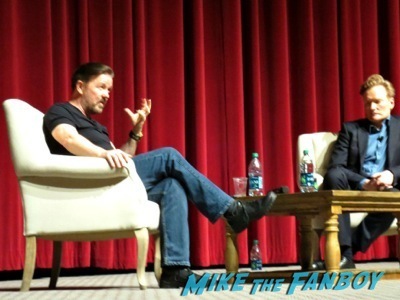 When the time came for questions from the audience, things got even funnier. One poor gentleman had a hard time articulating his question and got a bit babbly. Ricky and Conan found him hilarious, thinking he was “doing a bit” and the man finally stepped away from the microphone and retreated up the steps. Ricky was visibly and verbally upset that the man had left, thinking at first the man had been escorted out by security. The man eventually came back after a trip to the restroom and Ricky was most relieved. The two chatted later and the man apologized, to which Ricky replied, “no worries I was concerned you were upset”. 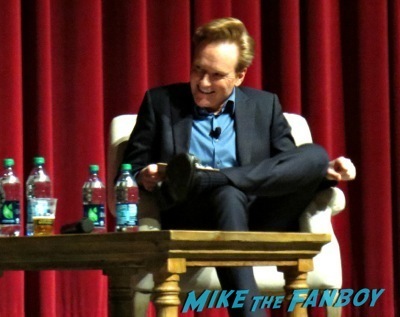 Conan was signaled that it was time for the last question, with 3 or 4 more people still in line. Ricky was disappointed and protested, “oh no.” Conan waved off the signal to end at least two times until everyone waiting with a question had finished. I’m telling you, these two are a class act all the way.

Afterwards, the panel ended and people lined up to meet Conan and Ricky. Both were unbelievably gracious. I got a photo with Conan and a signed photo. 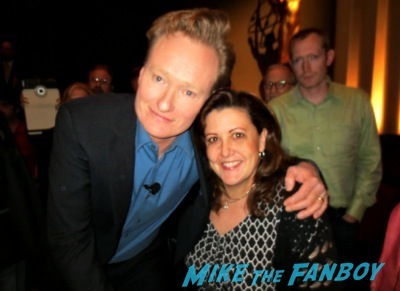 I asked him to personalize but he was distracted by two people. No matter. He was super nice. Conan cut out a bit earlier than Ricky, but had stayed for a good amount of time and took care of anyone waiting for him. 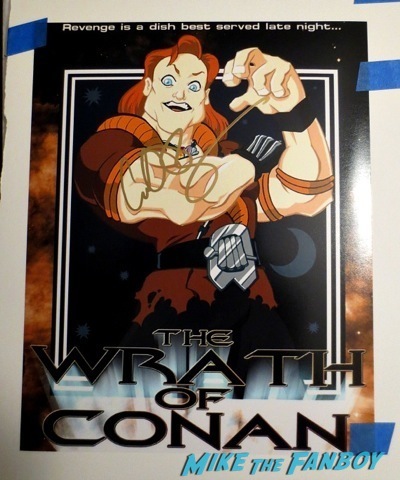 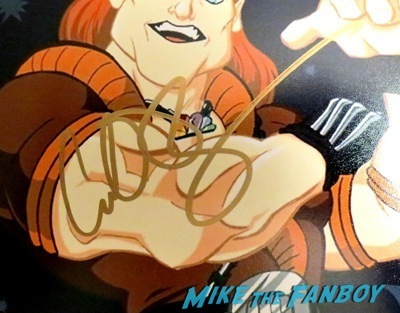 Ricky sat down on the edge of the stage, due to his bad knee, and took photos with at least 40 people. There was no craziness and most people were polite and waited their turn. Ricky was remarkably nice. Whatever people asked for in the photo he did – goofy face, gang signs, you name it. 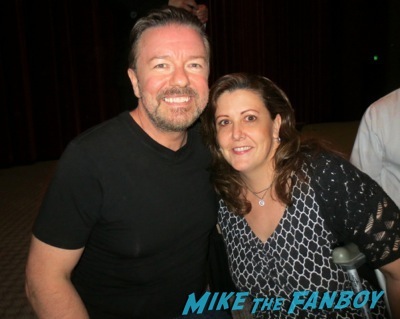 He was so sincere and was happy to meet each and every person. When his publicist said he really needed to go, he counted the remaining 7 or 8 people and asked had everyone gotten a photo. He then told her, “let’s wait until everyone gets one”. That was his chance to leave, but he genuinely wanted to stay, and so he did. I got a great photo with him and he signed and personalized two items for me. He loved the Derek typography photo I brought. 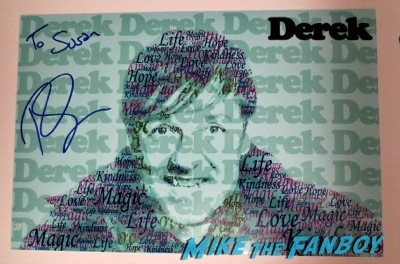 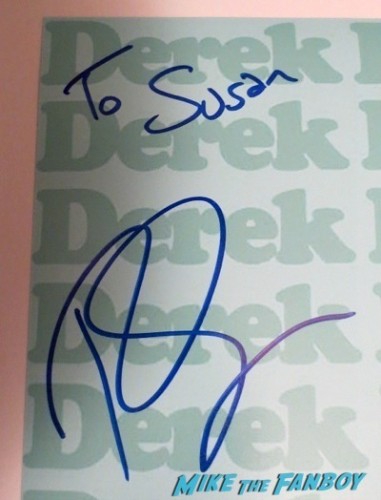 You may not agree that Ricky Gervais is a brilliant comedian and a fantastic entertainer, but it’s hard to argue that he’s one of the nicest celebrities around. 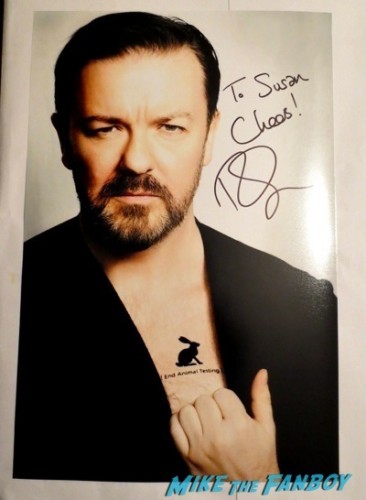 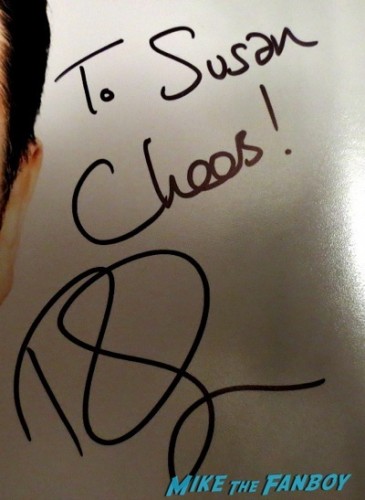