As most of you know, I love me some Desperate Housewives.. LOVE IT! When I saw that none other than Edie Britt AKA Nicollette Sheridan was going to be doing a talk show, I headed down with Billy Beer and The Other Mike.

I’ve never been here before so I was a tad confused at first, but you know it was fine. I got my spot next to Mike and Billy. Chris was here as well and was nice enough to offer to help me out. 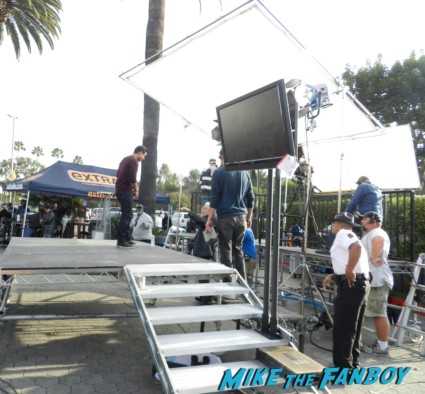 After a bit of waiting Nicollette Sheridan was in the house!

She looks so good. 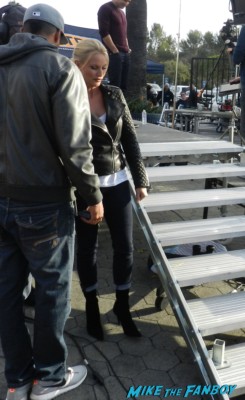 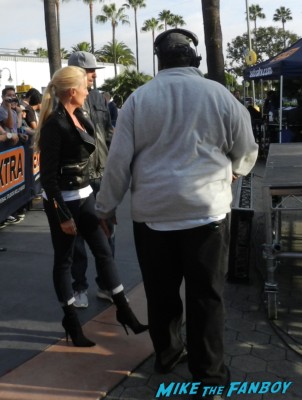 The interview was cute, she brought her dog who was also in the film and I didn’t know this but Nicollette was into Ballet. 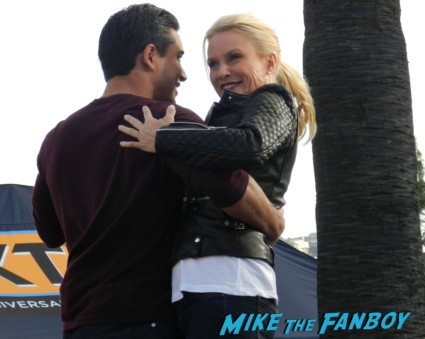 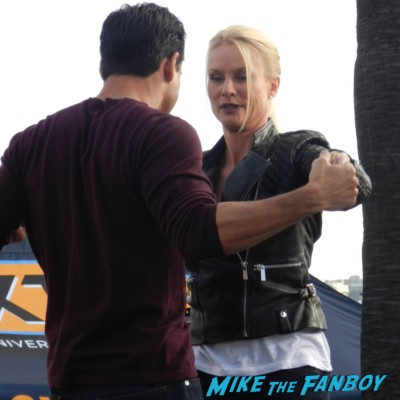 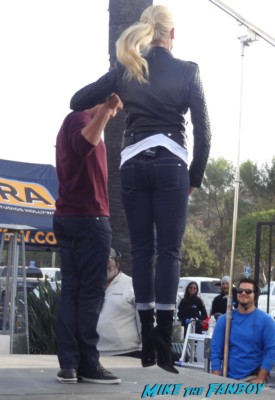 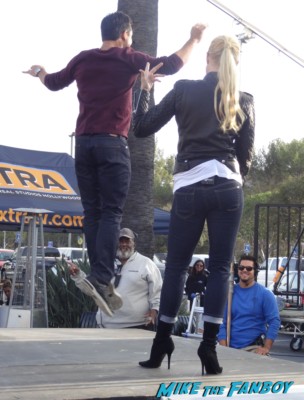 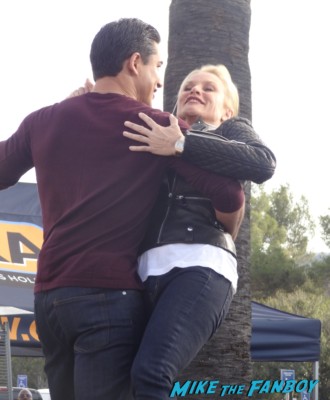 She showed Mario Lopez how to do a step or two.

They talked about this being Nicollette’s former stomping grounds when she was on Desperate Housewives (The show tapes at Universal) and her new Hallmark television movie. 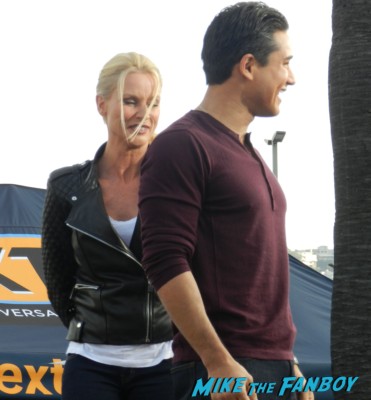 Out of all the Housewives, I just don’t see Nicollette Sheridan out much. I’ve only met her once before and she was really nice but since then she’s been gone. So, when I saw she would be here, I had to go! 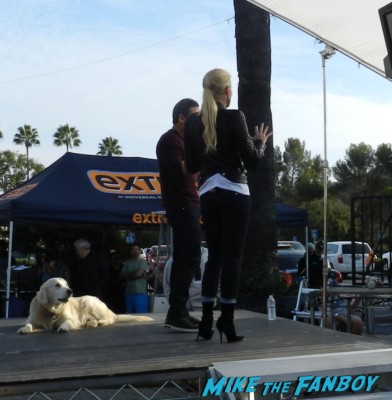 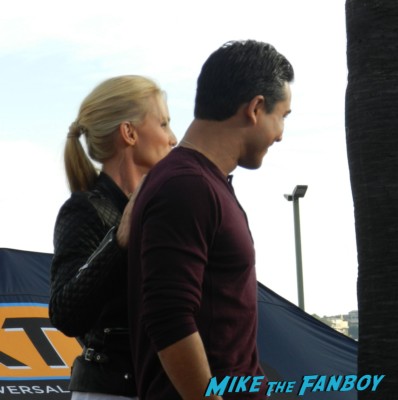 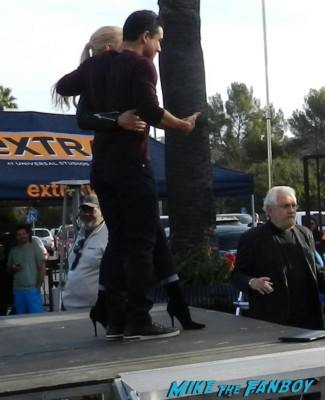 Once the interview ended Nicollette Sheridan was more than happy to sign and take photos with everyone. I have the season 2 Apple poster and I needed her in silver to finish it. 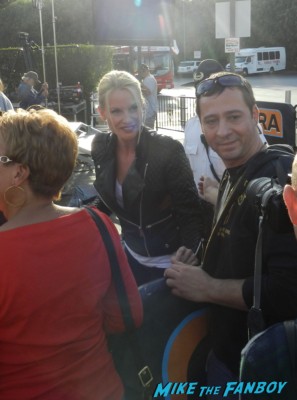 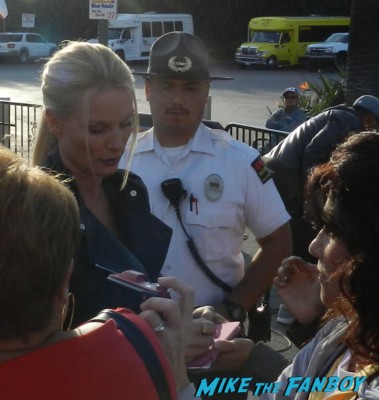 Now, Everyone signed and personalized it, it’s actually really awesome. Which is why it’s so odd that the “security” guard on a power trip started yelling at me about having her switch to a silver pen. He was like, only black pens! and tripped out. When I tried to explain that I needed it in silver and it was for me and I wanted it personalized he was like, “I don’t care, this is my rule.”

I asked Nicollette Sheridan to switch pens and she looked at the poster and was like, “This looks great!” She takes the silver pen and writes her first name and the security guard started yelling, “No SILVER!” Nicollette Sheridan looked at the pen and back at me like, what’s wrong? Then she finished signing the poster and I asked her to make it to Mike. Again, she couldn’t have been nicer. 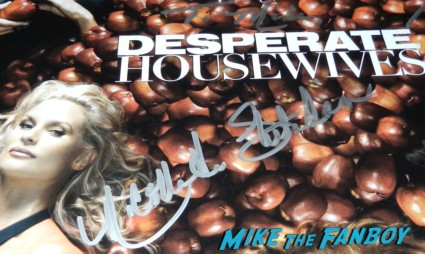 Which is odd that the mall cop was acting like such a douche. I mean, he also holds the cue cards for Mario Lopez, so I understand that he has an important role in life, but dude… Chill out. 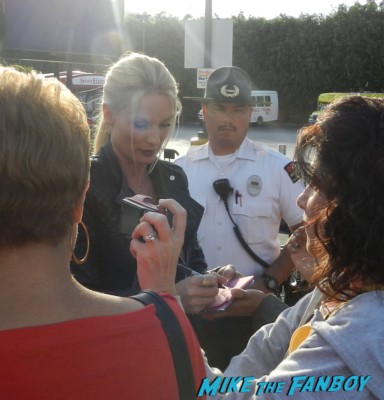 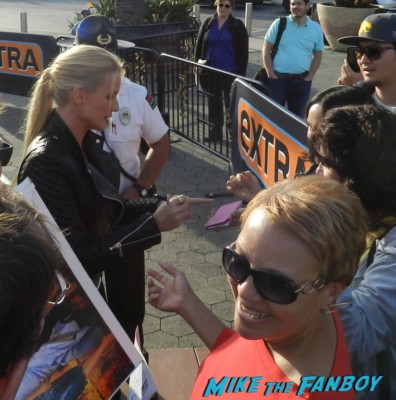 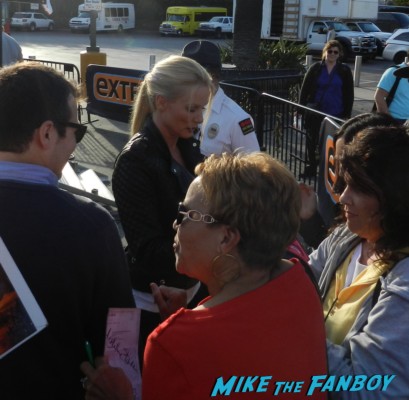 Then I asked for a photo with Nicollette and She was like sure! we go for the photo and then the guard yells again, something like, “Switch places” so Billy and I switched places, I got the photo really fast and then the guy tripped out again. 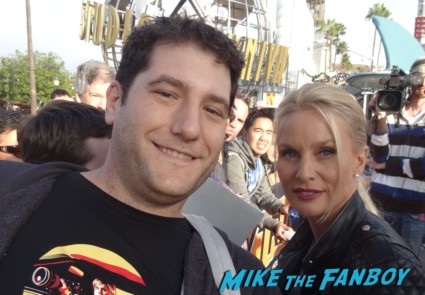 I’m like, this is not brain surgery, It’s also not holding a cue card, so I could see where he might be confused. But dude… Really?

Then I took some photos of Nicollette signing, from behind, like three people behind with no one around me, because it wasn’t crowded and I got yelled at again… FOR NOTHING!

This guy, seriously needs to get off his power trip, because holding Mario Lopez’s jock isn’t anything to write home about or put on a resume. The truth is the truth.

Thanks to chris I also got my TV Guide cover signed as well, which I really appreciated! 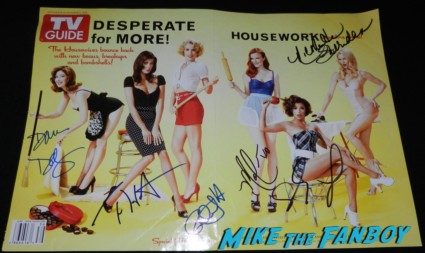 I just shake me head at people… Making something easy, into something difficult. 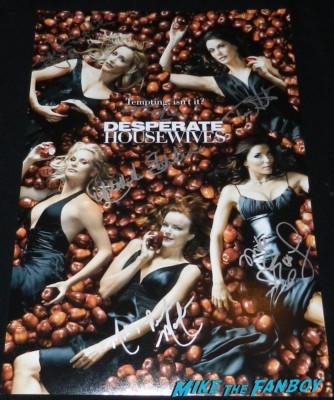