It’s so sad to know that Dexter is leaving us! It will no longer be part of our lives on a weekly basis. I will be totally honest… I fell in love with Dexter way too late! Not only that, but I am very behind on the last 4 seasons. If I had known it was such an amazing show, I would have graphed them a lot sooner. Regardless, I am glad to say, despite it being a very tough three graphing days, I came out on top!

The moment I heard that Dexter was filming its last episode on location, Mr. C and I headed out every day we could. Usually I go for alot of lower, “no” name individuals, but this week I felt like a change of pace. Fortunately, we made it to every on-location shoot. I will do the break down in three days so you guys can follow along.

Day 1: The Start of the Last Episode

We got there around noon and left around five in the afternoon. Around twenty minutes after we got there, we saw Michael arrive in his car. The rumor was, the moment he gets out of his car, if he doesn’t look at you and acknowledge you, he won’t do it. The rumor was totally true. 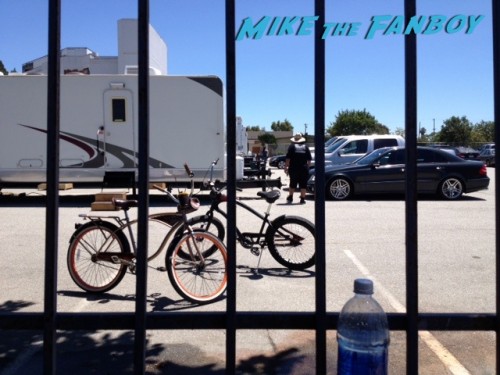 The moment he got out his car, we called for him. He got right out of the car and headed straight to the on-set assistant, and spoke a few words. It was only minutes later before the assistant approached us explaining that Michael could not sign today because he is getting in character. Of course, we were disappointed but at least he was cool to let us know and not force ourselves to wait there the entire day.

Amy Garcia was the first one that we saw. As soon as she was done filming her scene, she came right over and was as sweet as could be. 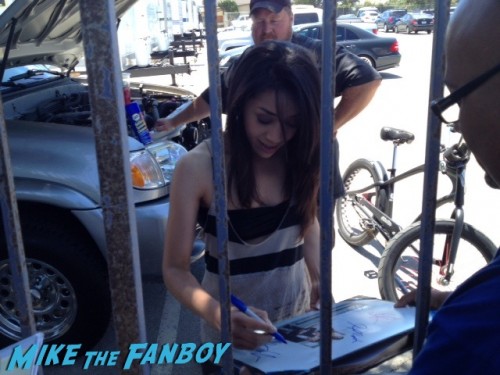 She signed everything you had for her. She kept coming back and talking to us throughout the day. People from the neighborhood kept stopping by and getting her attention. She told us at the end that it was her last day filming Dexter. 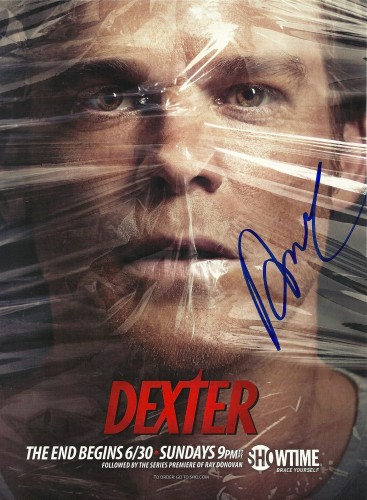 After ten minutes of getting Amy Garcia, one of the neighbors hit Moz’s parked car. The family gets out of their car and says, “Did I hit you?” Let me add, it was so loud that everyone waiting in the area turned his or her head. The driver was on her cellphone! DOH!

Of course! David Zayas was the second cast member we saw. We saw C.S. Lee walk around in the background. We called for both but I don’t think C.S. Lee heard us. Desmond Harrington kind of ignored us. 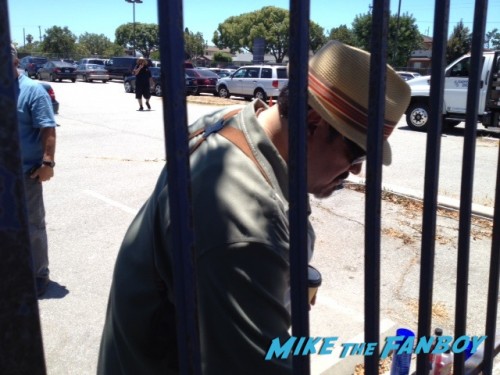 David Zayas approached without hesitation. He was pretty cool but seemed pretty sad. He signed the magazines, the two photos, and went down the line. At the time, Mr. C knew something was up. Moz agreed and we only guessed later that it was their last day.

We only had to wait 30 minutes before we saw Jennifer Carpenter walk to her car. We called her right away and thought she was going to leave without coming over. It seemed like she entered her car, but she put her stuff away and came over. 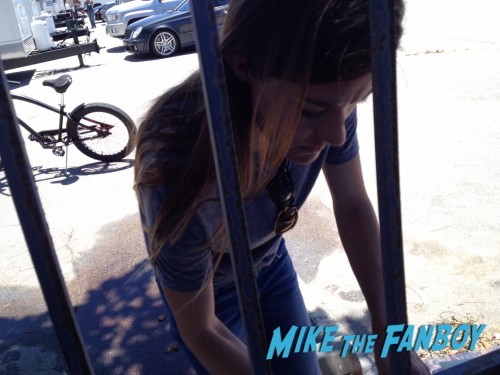 She signed everything we had and was just so sweet! After she left, I had to give it another hour or two in order to get C.S. Lee. Usually James Remar does all his scenes at the studio, therefore, getting C.S. Lee would be one step closer to finish off the main cast. Regardless, we never saw C.S. again within that time, so we left. 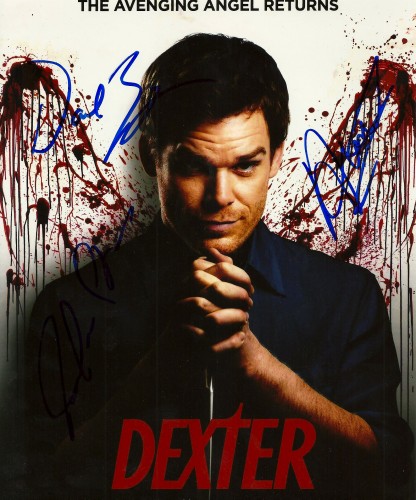 We went earlier this day thinking that we would get more time to call them over. Unfortunately, David Zayas, Desmond Harrington, and C.S. Lee were not on location. It sucked because I brought more stuff and really needed them. The only positive note was that Jennifer and Michael were on set.

We also learned later that Sean Patrick Flannery on set. I will be totally honest! We couldn’t even spot him out because he looked entirely different. He walked on set earlier and without knowing who it was, we were wondering who it was…

Of course, I was so disappointed that I didn’t bring my Boondock Saints photos. He is so BAD ASS in that film. Definitely, if you haven’t seen it, put it on your bucket list. Norman Reedus and Flannery play the most amazing duo ever! Aye!

We would wait twelve hours, sitting in the heat, hoping that Michael would come over. He acknowledged us twice so we just hoped that he would sign. Within that time, we caught Jennifer again around the same time of the last location. 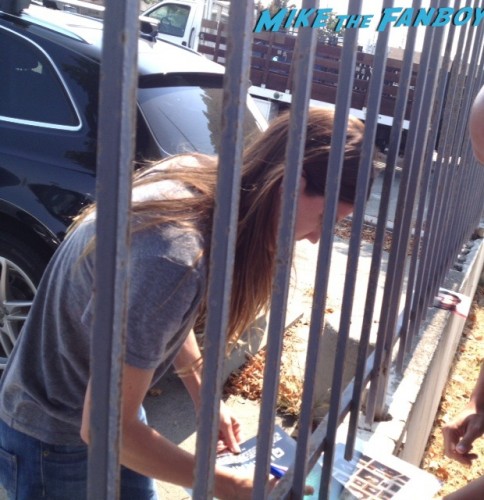 She was just so awesome once again. I loved her in Quarantine, and I just hit myself that I kept forgetting my photo at home. It is a great horror film; so if you haven’t seen it, put it on your list.

The next six hours passes. Picture it. We were walking aimlessly in the heat from location to location, back and forth. We saw Jadon Wells (Harrison Morgan) standing around… Sadly, Mr. C and I regret not adding him to a cast poster.

You never know where these child actors will go! They could push the limits and break barriers! Or, they could just drift off… Regardless, it was late and DARK. We aren’t in the greatest neighborhood, so I am a bit jumpy after every person passes us.

Around approximately Nine, Michael C. Hall and Sean Patrick Flannery both get in their cars! Michael C. Hall drives right by us, and it being as dark as it was, I would have too. Mr.C quickly put his flashlight on his Boondock Saints photo, Sean drives right in front of us. 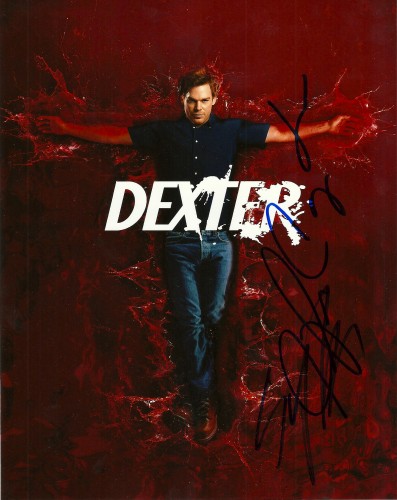 He stopped the car, quickly jumped out, and signed what he had. Sadly, one of the photos he signed over Jennifer Carpenter. Regardless, I was really happy he signed although I got him on older season photos… I know… I know… I wasn’t going to go home empty handed. 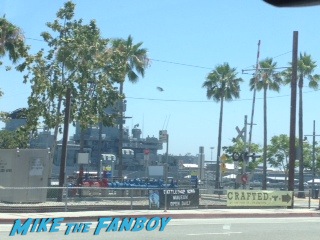 I knew today was going to be a good day. We planned the filming location, then a premiere… It seems like when we plan these all day adventures, we always stay after the scheduled time. It usually goes pretty bad… This day was awesome.

DVD Dave, Moz, Double Check, Mr. C, and I came out for the graphing adventure. We were just crossing our fingers that Michael would sign today. We found out the three guys wouldn’t be on set… Regardless, we just had to battle time. Of course, waiting there for 7 hours, I became the butt of all jokes (like I always do)…

It was seven hours of me pointing out stunt doubles and me deliriously walking around antsy in the heat. Plus, lets just say, when the heat mixes with graphers, and jokes are being thrown around, they get really vulgar… I think Moz and DVD Dave were the winners…Thank God Jennifer stopped by around six. 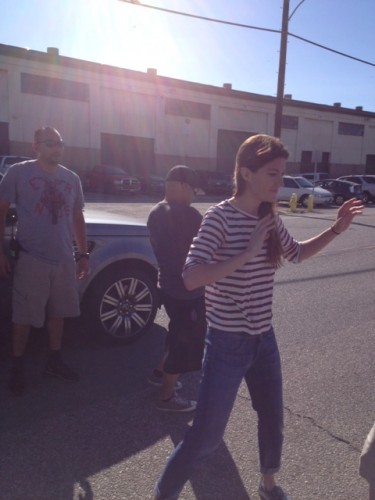 She was just a doll! I finally got my Quarantine photo done! 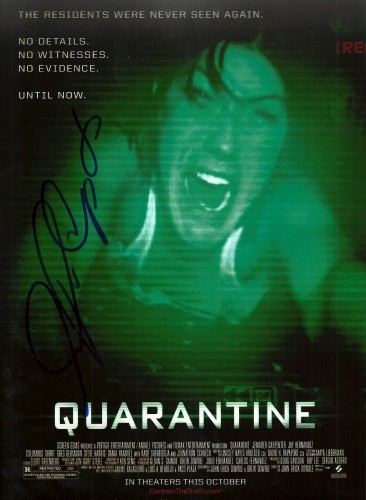 She told us it made her day that we came out all the way out there to see them. 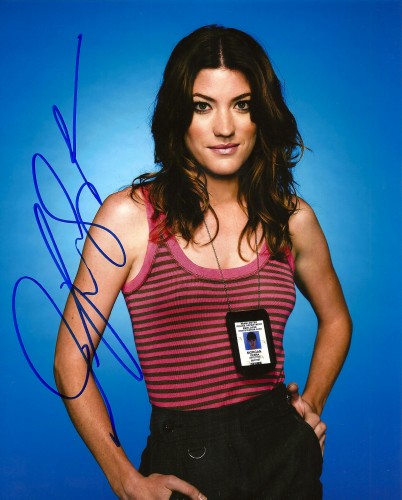 She was amazing nice! She made me love the show even more. 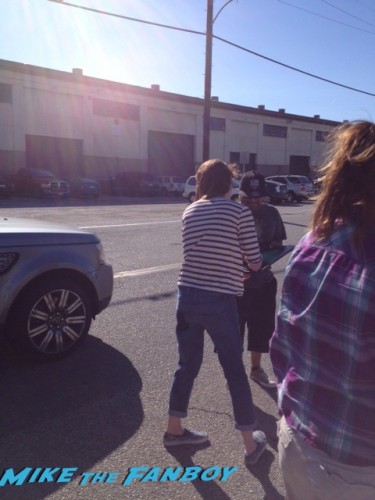 Jokes flew once again… Michael walked to his car an hour and a half later… We called and called… It was too late… He got in the car… We were on the street, put our items up in the air…and prayed that he would stop.

His car drove toward us, and Michael whips his car into the empty lot… The cheering roared and he jumped out of his car like a FORCE. He spent a good ten minutes with us… He signed and signed away… 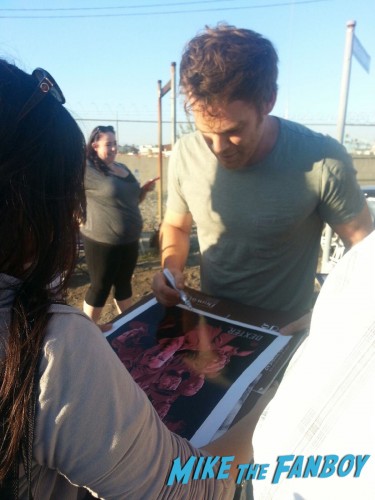 My magazines were done in seconds. 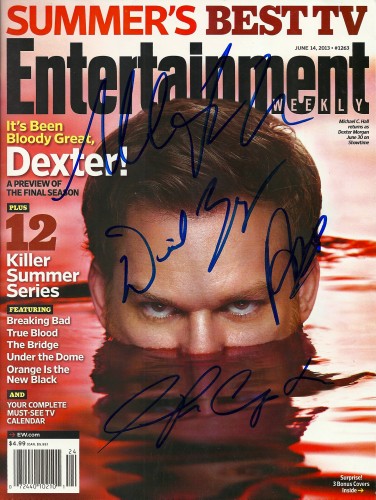 The photos came out great! 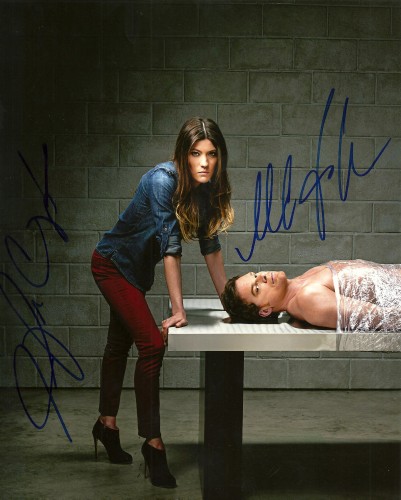 He made sure everyone got a moment with him… Such a class act, and he made it worthwhile not going to the premiere by being cool and signing everything we had. 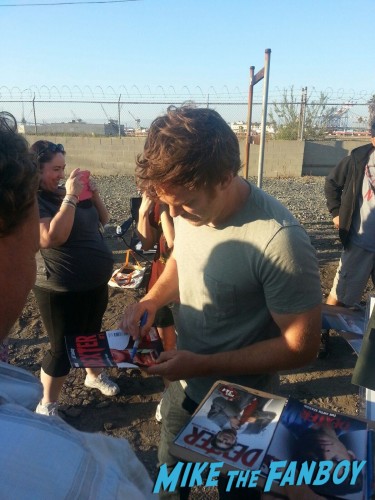 Overall, Dexter had a great run! I know that its sad to see it leave our lives, but it will just allow us to make more room in our hearts and our minds for the next great project. 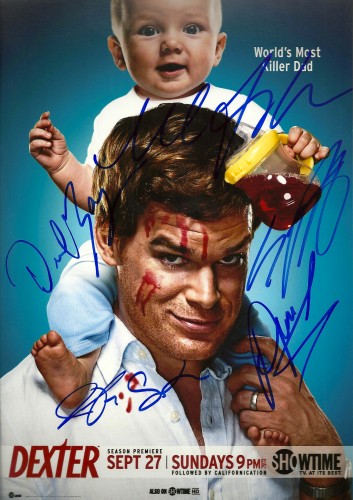 If you have any questions, or just wanna check out some autograph!