Ending it’s run after eight amazing seasons… I’m pretty damn sad about it, as Dexter is one of my favorite shows.

Today, Michael C. Hall participated in a live q and a podcast here at the New Beverly Theater and thankfully a bunch of the MTF family was there. Ace, Scotty, Jack, and a bunch of cool people like Ryan, Garrick (who got us the tickets), Steve… Yep, there were a lot of people here.

Walking in the first thing I noticed were the awesome swag bags! There was a season 7 dvd set, a limited edition shirt printed just for tonight, and I was lucky enough to win a Jordan Chase blood vial necklace from season 5! Score! 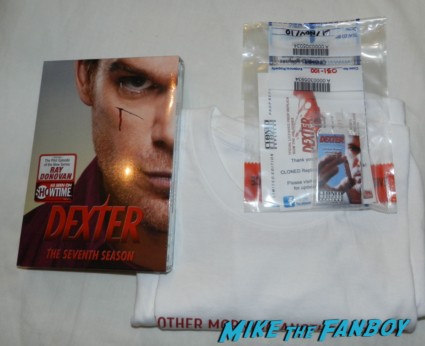 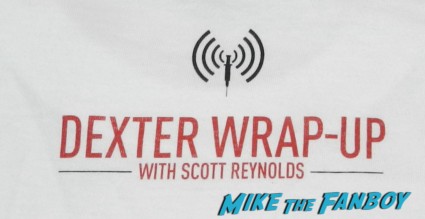 Then, there was a small prop display at the front. 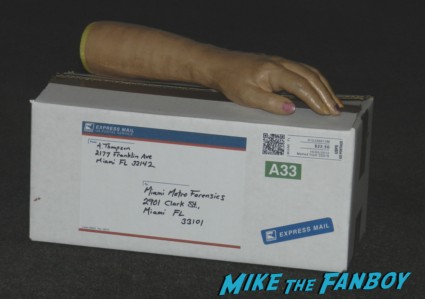 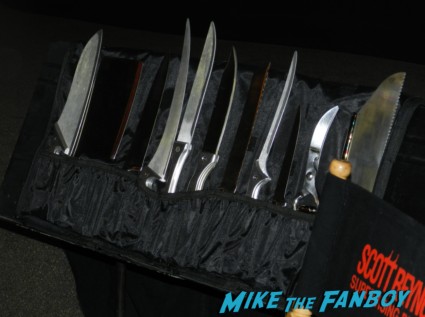 the pieces of brain from season 8, 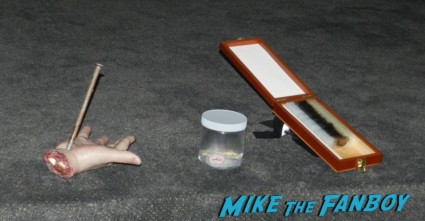 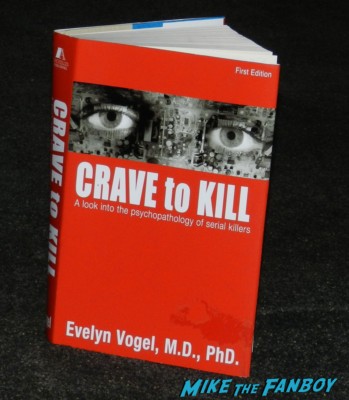 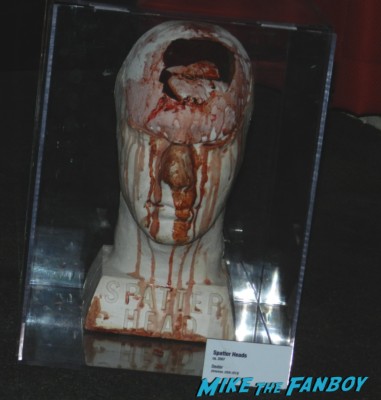 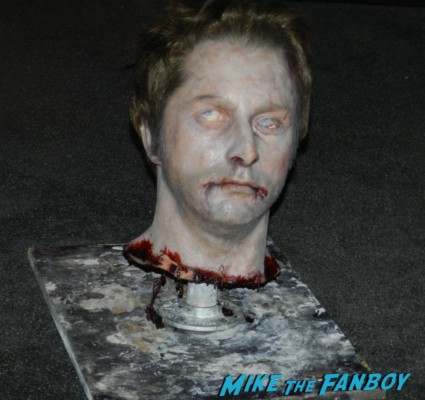 We were then treated to the second episode of season 8… This was directed by Michael C. Hall. It was awesome and a great character study!

Then the q and a. This was recorded for the podcast hosted by Scott Reynolds available at iTunes. 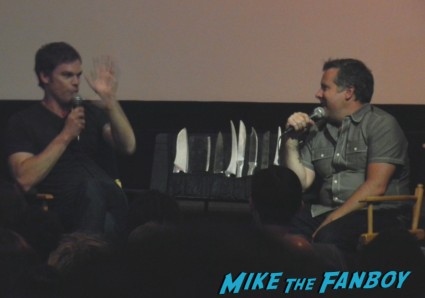 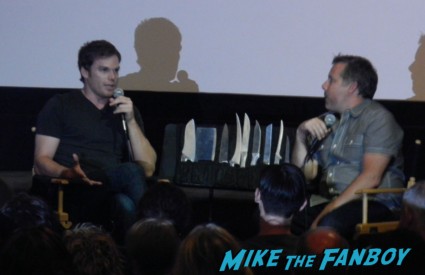 The q and a was good. Michael C. Hall is literally so nice and endearing. He is quite eloquent as well. He talked about directing versus acting and had a great description of when he would call cut even when he was in a scene. 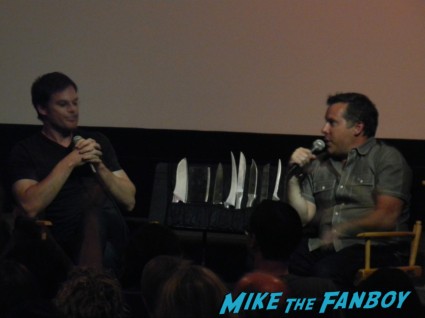 He also mentioned that this episode was a big one for Dexter and his journey. I agree about that. It was quite an intense episode. 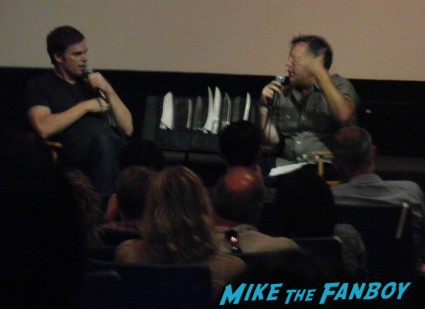 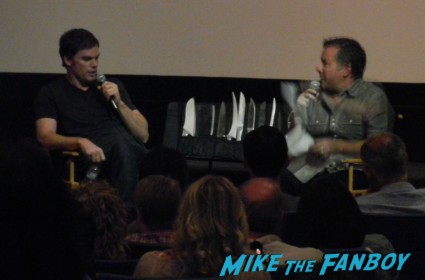 Michael also talked about that slight glee Dexter used to have in the early seasons and how all that’s gone now.

There were a few minutes for audience questions. One person asked about James Remar in the episode. (SPOILER) where it was revealed that Dexter’s father didn’t come up with Dexter’s code. I love that concept.

It was a short q and a but nice.

Afterwards Michael C Hall agreed to sign autographs and take photos. I think everyone in the audience got up. Everyone formed a line and he was doing a photo and an autograph each. 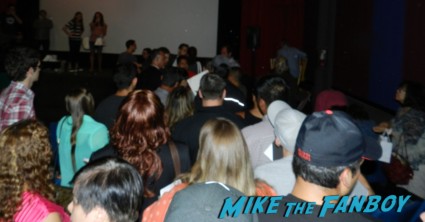 I mean how nice is that? Seriously. There are not many stars that would sign for an entire theater. Very impressive. 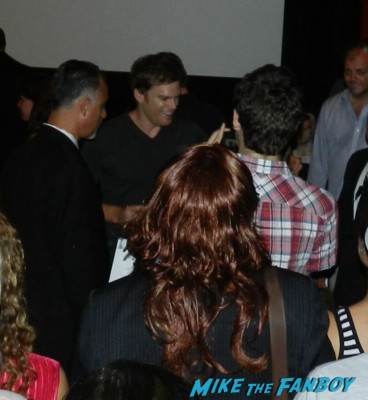 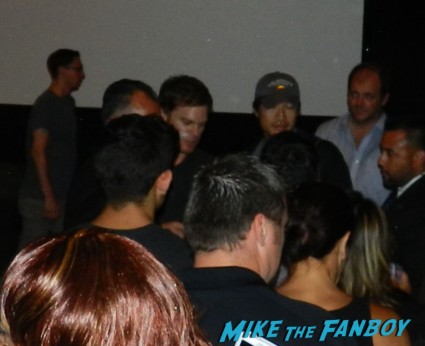 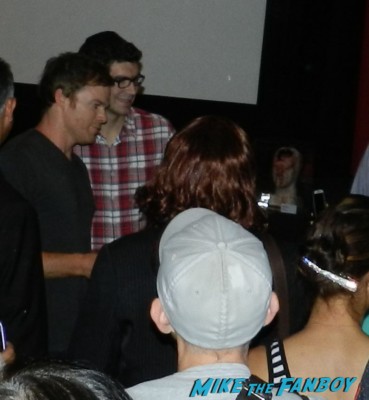 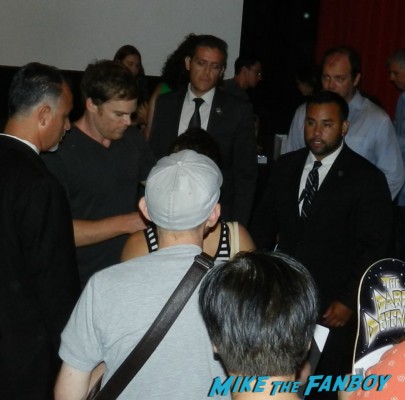 When it was my turn I got my season 8 press kit signed and told Michael what a huge fan of his I was. He thanked me and even though it was quick, it so nice. 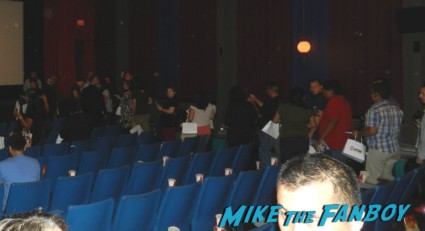 Literally, Michael made sure every single person in the audience had a moment with him. So kind.

This was such a fun night and it was good to see the MTF gang.

Special thanks to Michael C. Hall for being so awesome. Seriously. 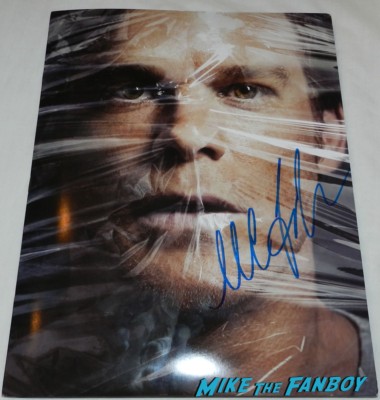