Home / NEWS / Revival Time! Dexter Is Back! Showtime Is Bringing Back The Serial Killer Series for a 10-Part Limited Run!

Back in the day, I loved Dexter. Seasons 1-4 were some of the best television of all time.

I’m really happy that Showtime is bringing back the series along with Michael C. Hall to kind of make up for the fact that the later seasons… Weren’t that good. 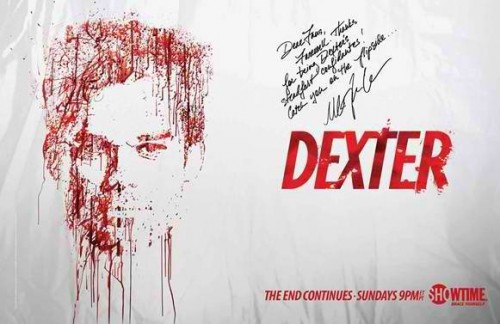 So.. Woo to the proverbial hoo!

From Deadline: Gary Levine, Co-President of Entertainment at Showtime, said that the network was only willing to revisit the “unique” character if they could find a creative take that was “worthy,” and they have “found it”.

Hall previously has said that it was a possibility that he would return to the character. The reboot has been long-discussed with former Showtime boss David Nevins, who now is Chief Creative Officer, CBS & Chairman and CEO at Showtime Networks; he said back in 2015 that Dexter was the one show that he would think about continuing.

“Dexter is such a special series, both for its millions of fans and for Showtime, as this breakthrough show helped put our network on the map many years ago,” said Levine. “We would only revisit this unique character if we could find a creative take that was truly worthy of the brilliant, original series. Well, I am happy to report that Clyde Phillips and Michael C. Hall have found it, and we can’t wait to shoot it and show it to the world.”