When it comes to nature films, there are not many films than can compare to the Disneynature series. They take an unflinching look at what really happens in the wild. It’s impressive that they don’t “Disneyfy” the subject matter and allow kids to see what nature is really like.

In Disneynature’s Born in China, that unflinching look is put to the test. This film focuses on a variety of different animals a family of Snow Leopards, Pandas, Chiru and snubbed-nosed monkeys. Each of the different animals basically has their own subplots and I have to tell you they are more nuanced and layered than some films. 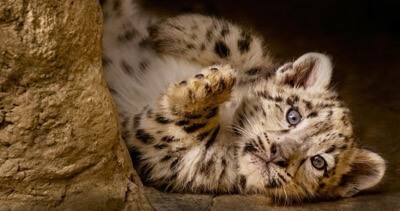 To be honest, I wasn’t sure what to expect when I first saw this film, but after seeing the whole thing I was emotionally drained. It’s more than likely a little over a year in these animals lives and they really become fully fledged characters. They quite literally have to fight to survive in the harshest of environments and even struggle with paternal issues like many humans do. 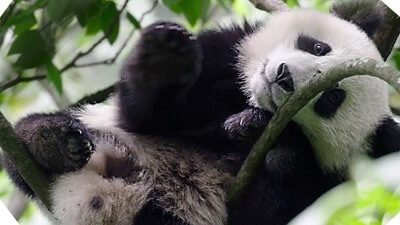 The Pandas of course are the cutest animals profiled in this film, their journey is more or less the comic relief. I didn’t realize that they live such solitary lives. One line said that when a baby Panda grows up, he never sees his mother again. I was like, “Why can’t he visit? At least for the holidays.” Even the comic relief segments had a tinge of sadness to them.

Born in China also featured a lead animal who didn’t make it to the end of the film. I think it’s important to note that for young audiences because it was traumatic for me to see, let alone someone four apples high. It’s what happens in nature and I applaud the filmmakers for including it, but it was shocking especially if you are not prepared for it. As a side note, there isn’t any blood or graphic scenes. 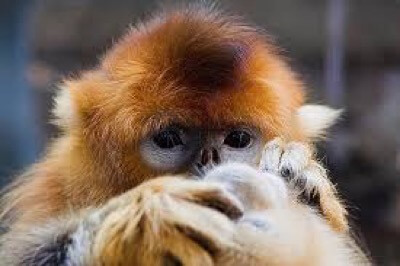 The snubbed-nosed monkeys had a very tumultuous time, the main child monkey was dealing with his parental issues with his father and striking out on his own. It was quite the journey and showed the Dad’s love for his son but his stern ways as well. In the end, the main monkey fought to save his sister and it brings him back into the family fold.

I’m telling you, each of the subplots were given so much thought and were emotional roller coasters. It really does say something when a nature documentary can evoke such emotions in their audience. I really loved the film, it’s stunning to watch but you need to prepare yourself for a true nature journey.

Disneynature’s Born in China comes to home video in a stunning transfer thanks to Disney Home Video. The colors pop on high definition and it’s amazing to even think about how they got some of these shots. The fine details are astounding, you can see every follicle of hair, every muscle move. It’s extraordinary. 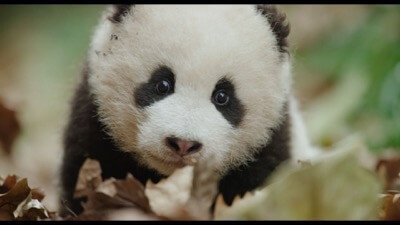 Special Features included on this disc are:

Panda Suits and Bamboo Shoots – This is a cute featurette where the director shows what he went through to get some of the panda shots.

Walking with Monkeys – This is an eight minute look at the filming of the monkey sequences and how they love to play with the cameras.

Masters of Camouflage – This is a look at the snow leopard filming.

Wading Through the Wetlands – This is a look at the red cranes that bookend the film.

“Everything, Everything” Music Video – This is the end credit song with clips from the film.

Disneynature: Get Inspired, Get Involved – This is a short sizzle on Born in China’s theatrical run and now it impacted animals. 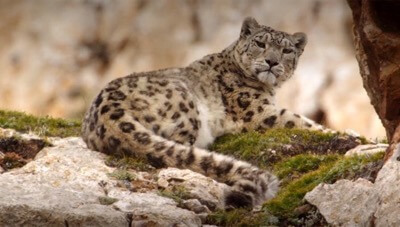 Overall, I thought that this was an amazing documentary. The footage captured in extraordinary and I appreciated the unflinching look at what really happens in nature. It was shocking but it’s much better to show what happened than shy away from it. Each of the animals are given their own subplots and everything is so thought out. I couldn’t recommend it more.

Disneynature’s Born in China is out now on Blu-ray!