However, there is one guest that won’t be showing up tomorrow because he had no choice but to leave early on Saturday Morning.

Loren Lester, the voice of Robin & Nightwing of Batman: The Animated Series, had no choice but to leave the convention Saturday morning after waiting several hours for the promoters of Rhode Island Comic Con to fulfill a promise.

Fans reached out on twitter and facebook to find Loren at the show. He posted a facebook and twitter post that revealed the promoters slighted him in the early morning of the show so he had to catch a train back to New York City. 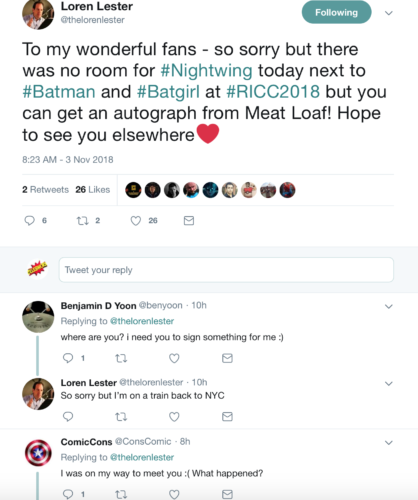 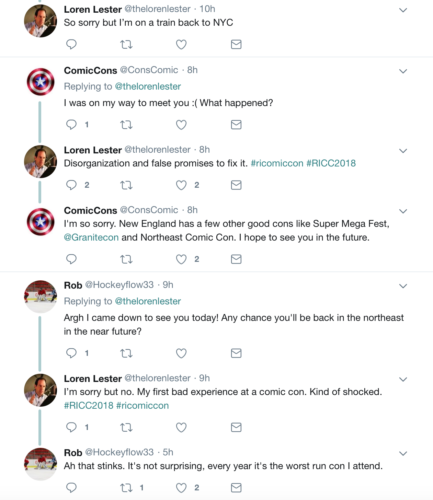 We reached out to Loren’s representation for comment: “After a great Friday, Loren arrived Saturday morning to find utter chaos. Kevin Conroy and Tara Strong had been arbitrarily moved to another part of the hall and Loren waited for two hours while the promoter promised Loren that he would be moved to join them. This never happened.” 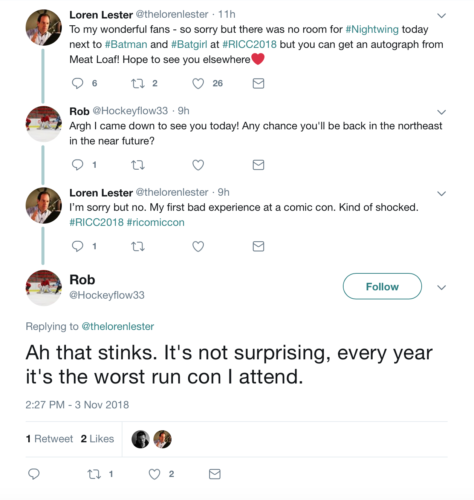 Fans reacted on Twitter and Facebook to share their disappointment in the series of events that took place. After reaching out to several fans expecting to see the cast of Batman: The Animated Series with Kevin Conroy, Loren Lester and Tara Strong, they revealed that Kevin Conroy and Tara Strong were moved to another part of the hall. 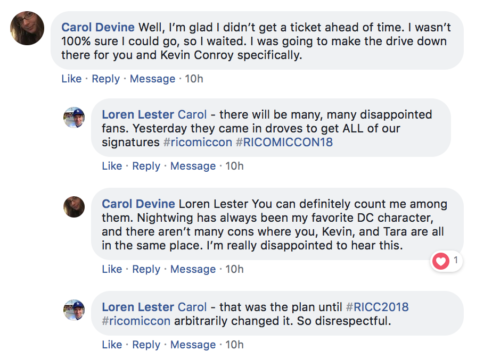 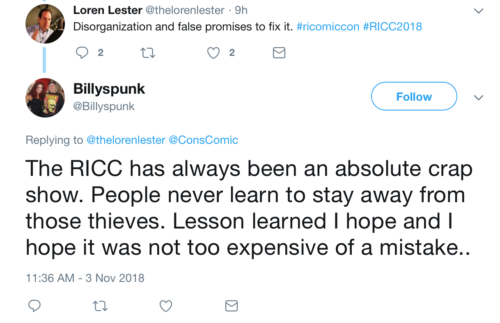 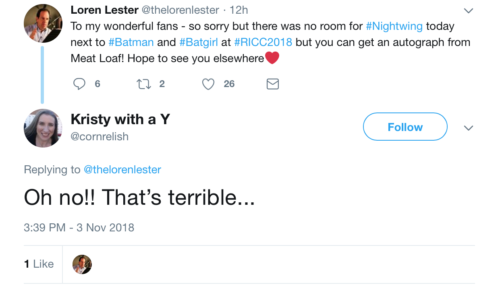 It’s a shame that a show of this magnitude forced an actor to leave a cast reunion at a convention early due to a lack of planning. Loren tweeted this was his “first bad experience at a comic con” citing a feeling of disrespect with the chaos arising due to “disorganization.”

As we have seen in conventions across the United States, it’s only common practice that cast members have tables placed next to each other. It increases not only the success of a show but fulfills fan’s desires of being apart of a reunion environment and nostalgic atmosphere.

May fans have the opportunity to meet Batman and Robin, together again, at another North Eastern convention, hopefully in the near future. 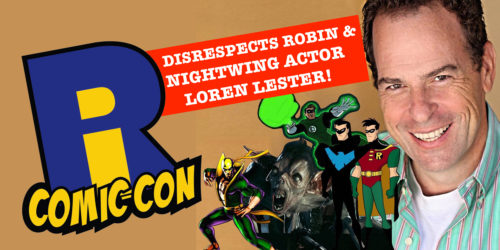