It’s a little chilly in good old Los Angeles… A little chilly to say the least… But I just had to head out today. The two leads of Divergent are doing an early talk show appearance and I’ve been hearing about this movie for months. San Diego Comic Con has a whole booth with Summit about it and Erica has been super excited about seeing the film… So,I figured I better head out before the full madness begins.

I arrived and saw a bunch of collectors and we hung out and chatted for a bit. Honestly, I didn’t know what to expect. Was it going to be madness? Were there going to be ten people? Who knew?

It was kind of a mix. One side had about 15 people but they weren’t being vocal at all, so I went to the opposite end. Both Theo James and Shailene Woodley are on the show and apparently they are doing some kind of zip line stunt. I hate stunts, but that’s just me. 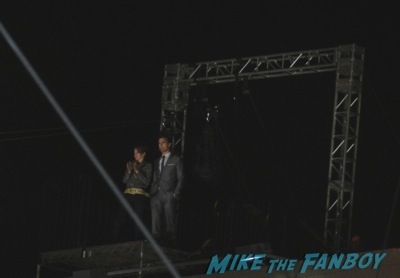 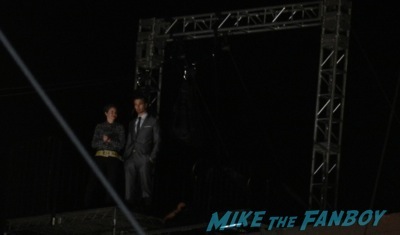 I was chatting with some Divergent fans and they were saying that it’s a big part of the third book? I could be wrong about which book, but they were saying it’s kind of odd considering the first movie isn’t out yet. Who knows. It was nice to be around some cool people.

It’s a pretty fast taping considering it’s frakkin’ cold and usually when it’s so cold, an hour feels like 40 hours. I feel like getting a metal barrel and starting a fire for warmth. LOL…

I brought a Divergent mini poster as well as individual posters for Shailene Woodley, and Theo James. I love the individuals, they are fantastic especially Theo James poster. 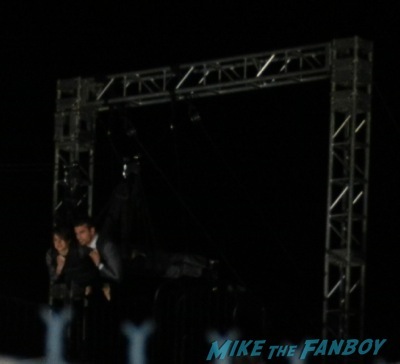 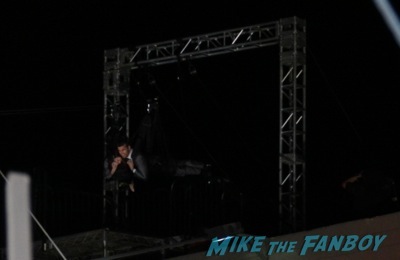 The zip line stunt happened and Shailene Woodley and Theo James ran inside the building for their interview. Apparently they are also debuting the new trailer.

A couple of the first guests left, we couldn’t see them for certain but I don’t think anyone needed them.

Then just as it was getting really cold, Shailene Woodley and Theo James emerged and came right on over. 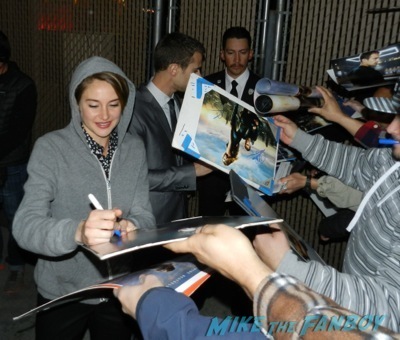 Suddenly, the calm crowd went a little nuts. Boards went flying and I was a little taken aback even. There were only like 15 people here! Theo started at the opposite end and Shailene Woodley started at my end. Shailene signed my mini poster and then it got crazy! All of a sudden the barricade in front of me toppled over and another collector friend tumbled to the ground. 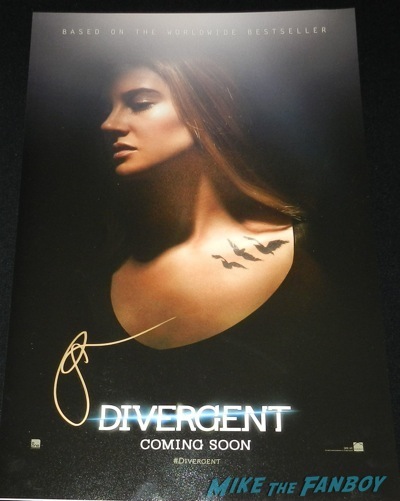 I mean over the top cool. Shailene Woodley then started telling jokes to the crowd. She was adorable.

Theo James finished signing on the other side and I think he was going to take off, when I showed him the individual poster of just him and he came right over to sign it. 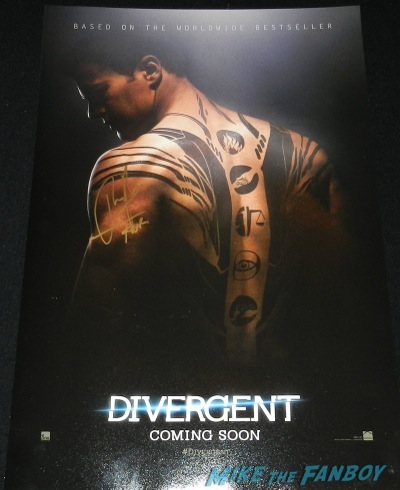 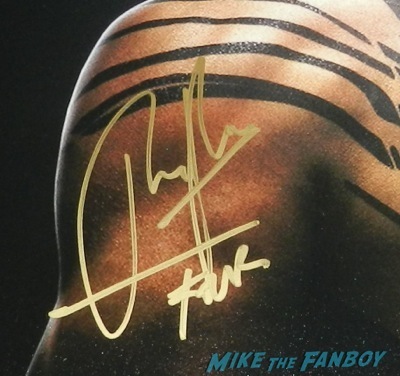 He signed a few more and also signed my mini poster as well and then they both took off. The poor girls next to me got shut out. I felt so bad. Seriously, it was a little crazier than I could have ever thought!

Still, I’m really glad I was able to get my stuff signed before the promotion for the film really hits high gear. 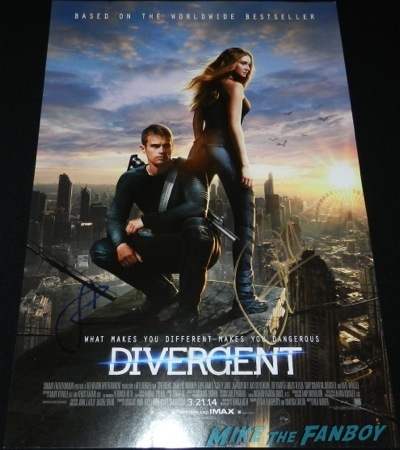 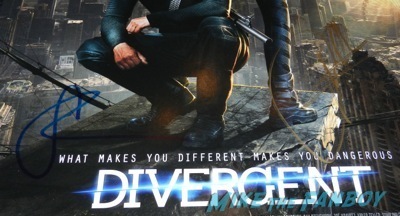