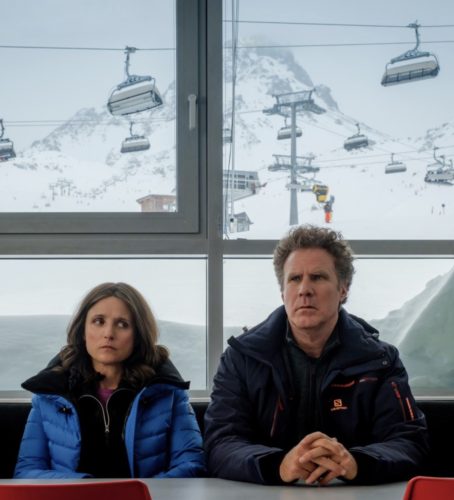 Suffocating under an avalanche would be more bearable than enduring “Downhill.” Will Ferrell frantically fails trying to survive this remake and takes down Julia Louis-Dreyfus with him.

Pete (Ferrell) and Bille Stanton (Louis-Dreyfus) are heading off on a dreamlike vacation visiting the Austrian Alps for a week with their two boys. Without their technology, both Pete and Billie are elated to be completely unplugged from technology and away from their professional careers…at least, on the surface. Instead of family fun in the snow for seven days, a series of awkward and annoying moments come into fruition forcing the once loving couple to address their insecurities with rigorous honesty and reevaluating how their lives have turned out. Their drastically different responses to an avalanche, unbeknownst to them controlled, throws the marriage into chaos causing havoc with each other’s grip of reality.

Despite everyone’s efforts, the film’s unconscionable attempt to balance drama and comedy falls flat more often times than not. There are glimpses of gold, but most of the time you’re feeling emotionless. Much like the movie “Enough Said,” Julia Louis-Dreyfus definitely rises to the occasion, but not even her performance can resuscitate this movie dead on arrival. What has happened to Will Ferrell? There used to be a time when he was an unstoppable comedy force, but time has finally caught up to him. If he’s not acting like a manchild or a bumbling buffoon, Ferrell struggles mightily with the exception of “Stranger Than Fiction.” Unfortunately, the uneven chemistry fizzles before the marital issues are even presented onscreen. 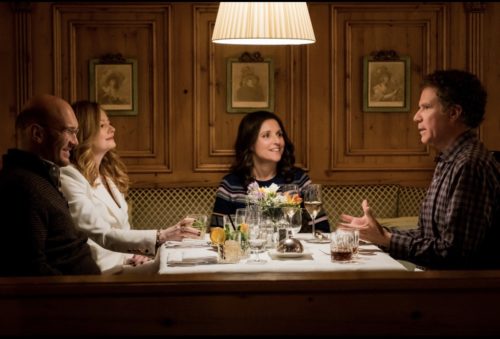 The awful amount of awkwardness oozing onto the screen creates an uncomfortable atmosphere making you question am I overwhelmed with emotions or is this movie unbearable? I myself left the theater contemplating this before also asking, why would they make this? Anytime a movie is “inspired“ by an international movie (“Force Majeure”) doesn’t mean you can catch lightning in a bottle twice, especially when the remake is considerably shorter. And by shorter I mean almost 45 minutes truncated with “Downhill” clocking in at whooping 86 minutes.

The plot is essentially addressing awkward and uncomfortable confrontations with your significant other. Although I appreciate the concept of reality being altered and seeing a situation through a different perspective, “Downhill” stumbles so often it makes it difficult to justify viewing. The emotional effect about a big crisis being averted is a fantastic premise, but the sophomore effort of Academy Award winning writers/directors Nat Faxon and Jim Rash can’t quite recover in time to be remotely satisfying. They need to make more movies like “The Descendants” and “The Way Way Back.” 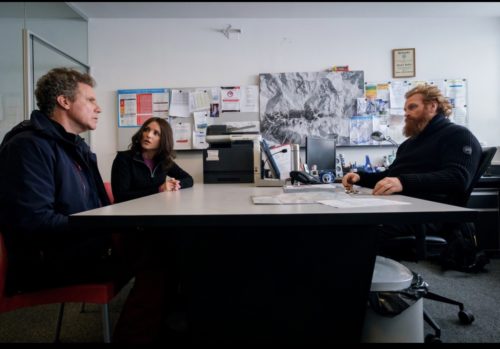 One of the few bright spots were the supporting roles by Miranda Otto and the cameos of Kristofer Hivju & Alex Macqueen. Otto plays the sexy sophisticated manager of the resort, who loves sleeping with tourists including Alex Macqueen’s character and steals every scene she appears. Hivju, who originally appeared in “Force Majeure” as the character Mats, essentially appears in an extended cameo, but literally brought a smile to the crowd during his scene. Unfortunately, once he disappears, you realize it’s simply a nod to the original and could’ve been a throwaway role played by anyone. “Silicon Valley” star Zach Woods plays the hapless coworker of Ferrell’s character, which sadly replaces Hivju’s Mats and loses the heart of the original film, which is a running theme throughout.

Forcing your loved one to endure this foolish film for Valentine’s Day seems like a giant mistake. A better idea would be to stand up your date for 90 minutes and that would be a better waste of your time. Strongly swerve out of the way unless you need to kill 90 minutes.