Downloaded is an excellent documentary by Alex Winter. In it he explores the time that a lot of us lived though, the invention of Napster and digital downloading. I remember just coming through all the amazing live recordings and unreleased material. Sigh…

It changed the way the world works that’s for sure!

Before social media existed and Internet connections consisted of dial up service, Napster ruled the world with its innovative software to connect people. “Downloaded” tells the story of how digital media sharing changed the world and forever altered a powerful business model.

Can you remember what the world was like before social media? How about before wireless Internet connections and dial up services were the only way to get online? “Downloaded” follows the rise and fall of Napster, the pioneering peer-to-peer file sharing website that started a music revolution and forever changed the landscape of the music industry with sharing digital music worldwide. 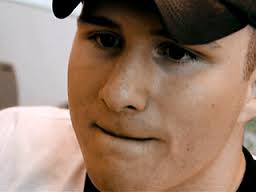 Shawn Fanning had a dream and with the help of several software developers, they changed the music landscape with an idea to help people share computer files over the Internet, which eventually transformed into sharing songs online. Sean Parker and Shawn Fanning soon became the poster children for Napster, but not everyone was thrilled with what was transpiring- millions of songs being illegally exchanged over the Internet for FREE. After several high profile lawsuits, Napster shutdown its doors and its assets were sold off. Still, those associated with Napster left an undeniable impression on the tech world and forever altered what was capable on the Internet.

The film follows the company’s early beginnings in 1998 to the acquisition by Rhapsody in 2011. Some of the people interviewed for the film include Noel Gallagher, Mike D (The Beastie Boys), Henry Rollins, Billy Corgan, Seymour Stein (Founder of Sire Records), Chris Blackwell (Founder/Record Producer for Island Records), Don Ienner )Former Sony Music Chairman), Hillary Rosen (former CEO of RIAA) and Cary H. Sherman (current Chairman and CEO of RIAA) amongst others. 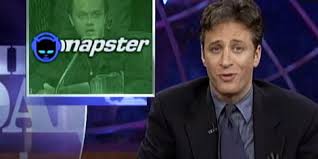 This fascinating and enthralling documentary was directed by Alex Winter (“Bill & Ted’s Excellent Adventure” and “Freaked”) and provides an interesting prospective to the controversial website Napster. Unlike most films that come across as one-sided, Winter does a fantastic job balancing the arguments for both sides with wonderful interviews. The controversial subject matter of piracy is one that will never end and as one interviewee illustrated, it’s just like the futile war against the war on drugs. 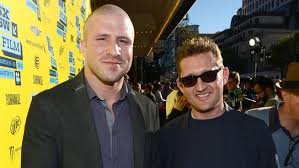 Although some might revere this documentary as nothing more than an extended news article brought to life, “Downloaded” demonstrates an impressive insight into the oft-misunderstood origins and original purpose of Napster. This cool, creative film should be one of the most talked about films once more people see it. Arguably it’s the best documentary of the year and the only one I will suggest people to go see! 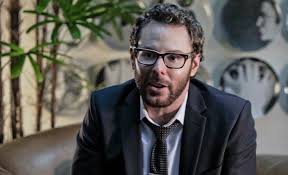 Throughout my youth, media sharing sites like Gnutella, Freenet, and LimeWire ran rampant. Back then I was behind on the curve when it came to music and didn’t realize these sites even existed until I started seeing them discussed on the nightly news. Honestly, it was really interesting and informative to hear the evolution of this phenomenon and what really transpired. Even now when I discuss buying music, whether on vinyl (Yes, they still make it) or CD (Don’t really use iTunes), most of my friends mock me. As a matter of fact, most of the people I know haven’t bought music in years and became accustomed to this “free music” lifestyle/pirating as a result of Napster and other peer-to-peer sharing sites. However what always gets lost in the controversy with Napster is what it did, essential create the first “social networking site” and demonstrated what was capable when it came to delivering goods (movies, music, etc) directly to consumers. For that, I’m eternally grateful for Shawn Fanning, Sean Parker and the rest of the Napster family with their contributions.

Whether you pirate or not I would love to hear your thoughts about the music industry in the comments below and I hope you check out the film Downloaded ASAP, which is available for free on AOL (http://on.aol.com/downloaded). 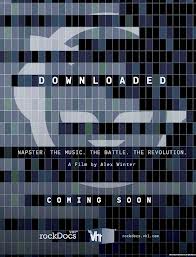